No exaggeration: The Paragon subreddit is in absolute uproar over the MOBA’s newest monetization tactic. The board is currently covered with dozens of threads angry over the game’s new buyable packs as dedicated players express rage over what they’re saying amounts to pay-to-win, mobile platform strategies – a moneygrab.

The most expensive pack, the Diamond pack at $150, does include a ton of stuff. But what it doesn’t include is a guarantee that the loot crates tucked inside it will actually grant all the unlocks, meaning you could shell out a ton of money and still be outta luck.

Redditors are also speculating on the decision-making process itself, pointing out that the game’s former director, Steve Superville, who left Epic after 15 years with the company last spring, was adamant that the studio would never sell cards and heroes, that they’d be earnable only through gameplay.

“Vote with your wallets,” one Redditor urges players. “This game cannot thrive with a P2W platform, and the best way to prove this is to NOT BUY THE PACKS.”

Here’s what players are looking at: 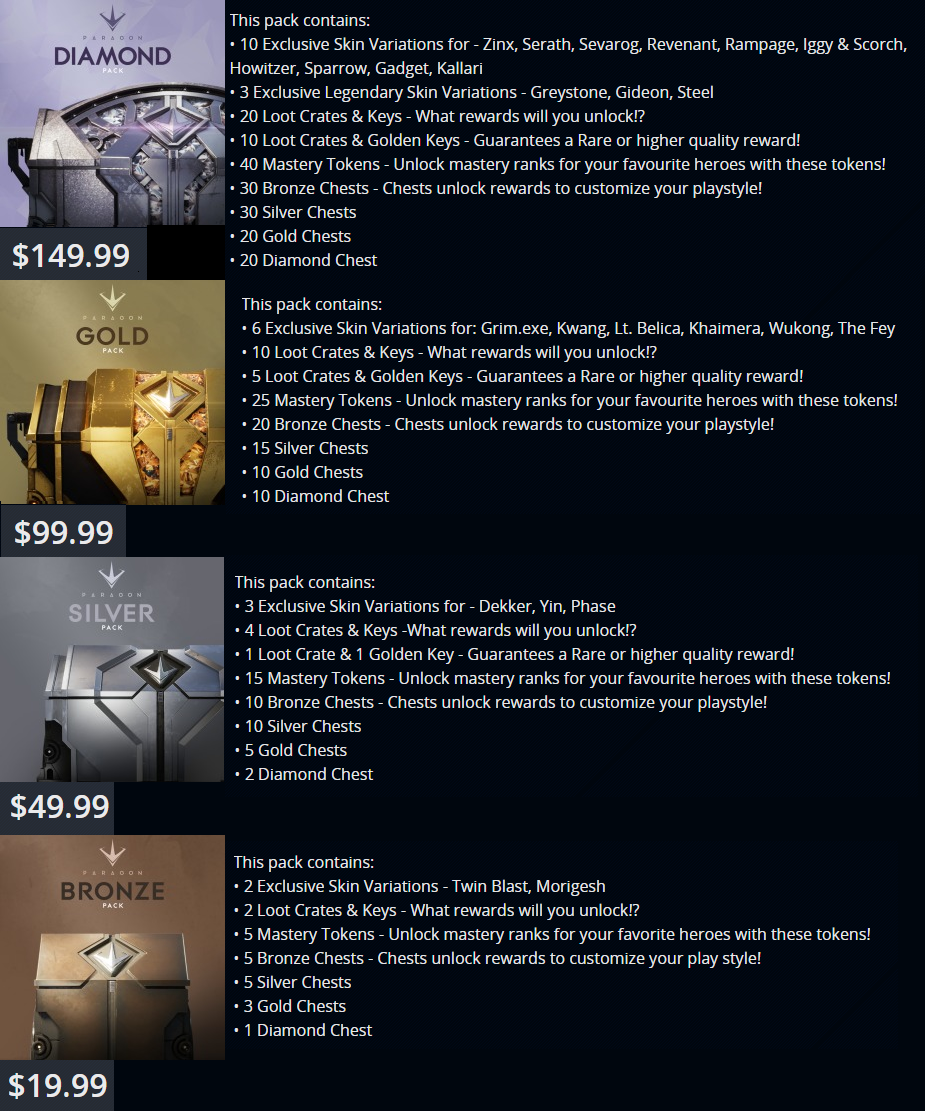