END_OF_DOCUMENT_TOKEN_TO_BE_REPLACED
Just because SMITE and Paladins weren’t available to play at PAX West doesn’t mean that there wasn’t stuff to learn about the games from Hi-Rez!

I got the low down on Hi-Rez projects from Scott Zier, who is VP of Design at Hi-Rez as well as executive producer of Hand of the Gods. We touched on multiple topics, from the flagship MOBA and the shooter to the MIA mobile title and the new mobile title. As Zier said, the studio always has a number of projects going at any one time: “We’re very much a multi-game studio.” 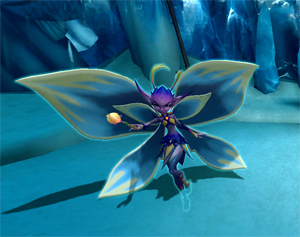 Don’t hold your breath for Rivals

Although only in development, SMITE Rivals instantly became actually my favorite title from Hi-Rez. Unfortunately, for anyone who — like me — is still hoping to it return, it won’t be anytime soon. So I asked about the loss of the title and its chances of resurrection

“We were doing a lot of different things at one time, and decided to focus more emphasis on Hand of the Gods,” Zier told me. “We’ve seen phenomenal numbers on it, phenomenal response to it.” He mentioned the work on consoles specifically and noted that another mobile title based off on the same game, Paladins Strike, was further along in its development arc. (In fact, some folks are already in early testing of this mobile game.)

“We thought we were spread out a little too thin there, so we just kind of refocused on our launched titles that we are working on right now,” Zier said. “I’m not saying it won’t ever come back, or we won’t do something with SMITE and mobile — we might look at that later. But at least for right now, resource-wise, we wanted to make sure we weren’t spreading out too thin.”

That said, the studio is constantly looking at developing new things. As Zier explained,

“We’re always doing research an development on something new, so there are always titles that are in what you call an incubation stage or early prototype stage. We’re always looking at different ideas — a lot of those never make it, a lot of those we work on a little bit then decide to shelf, but some of them do [make it].”

Zier noted that the main two IPs are the studio’s biggest focus. “SMITE and Paladins have been very successful,” he stated. “They’ve got fanbases that really love the characters, so doing extensions of that property with Hand of the Gods and us Paladins Strike made a lot of sense for us. It’s also something the fans are very eager for.”

Even with development resources going to other ideas and other spin-off titles, there’s a ton of work going on for both Paladins and SMITE. Zier explained that the studio has grown quite a bit and that all the teams are getting bigger.

“People worry sometimes, are we taking resources off of SMITE when we work on something new?” he said. “And the answer’s no. The SMITE team is bigger than it’s ever been. Sometimes we move resources around, but we’re always expanding.”

In SMITE, not only is content being added, but the team has been trying to refresh and upgrade the whole game and engine. Besides the new 64-bit support and other enhancements that have been rolling out, Zier also pointed to the recently added voice chat; apparently, the community loves it. He also told me that the SMITE “adventures,” which are the brain child of designer Travis Brown, have been very successful. Then Zier revealed that there is work currently being done on a new conquest map. “It’s probably the biggest upgrade to conquest we’ve done since beta,” he said

Beyond that, he was coy. “There’s a whole lot more that I can’t really spoil,” he teased. “There’s a lot of stuff the team is working on for the next season. If you are a SMITE fan, it’s going to be pretty crazy what happens next year!”

Regarding Paladins, Zier said that the game has seen “phenomenally successful growth, well beyond what [the studio’s] expectations were.” The shooter will keep up its aggressive patch rate, and there are some big updates with new content coming, as well as some announcements regarding e-sports.