Hi-Rez’s turn-based strategy card game Hand of the Gods — you might recall it better as SMITE Tactics or even its internal name, Hotgods — is officially coming on Steam. Today, in fact: It arrives on the platform following patch elements much requested by players, says the studio, “including the refinement of Combat Logs and the new additions of Clans and a Deck Tracker.” Yesterday, we wrote about some of the new pantheons coming in the future too; the studio has further elaborated on new cards and the Japanese and Hindu pantheons.

In the meantime, however, we’ve got some free stuff for you courtesy of Hi-Rez: keys for the Norse starter pack:

“The Norse Starter Pack will grant the 3 Norse cards Dagaz, Gift of Munin, and Ratatoskr. These codes can be redeemed in-game and are for PC only. These codes can be redeemed only once per account, so if someone has already redeemed a code previously, they can’t redeem it again on the same account. (Note: This pantheon starter packs is different from the main starter pack in the Steam release that grants the Ra skin.)”

Click the Mo button below (and prove you’re not a robot) to grab one of these keys! 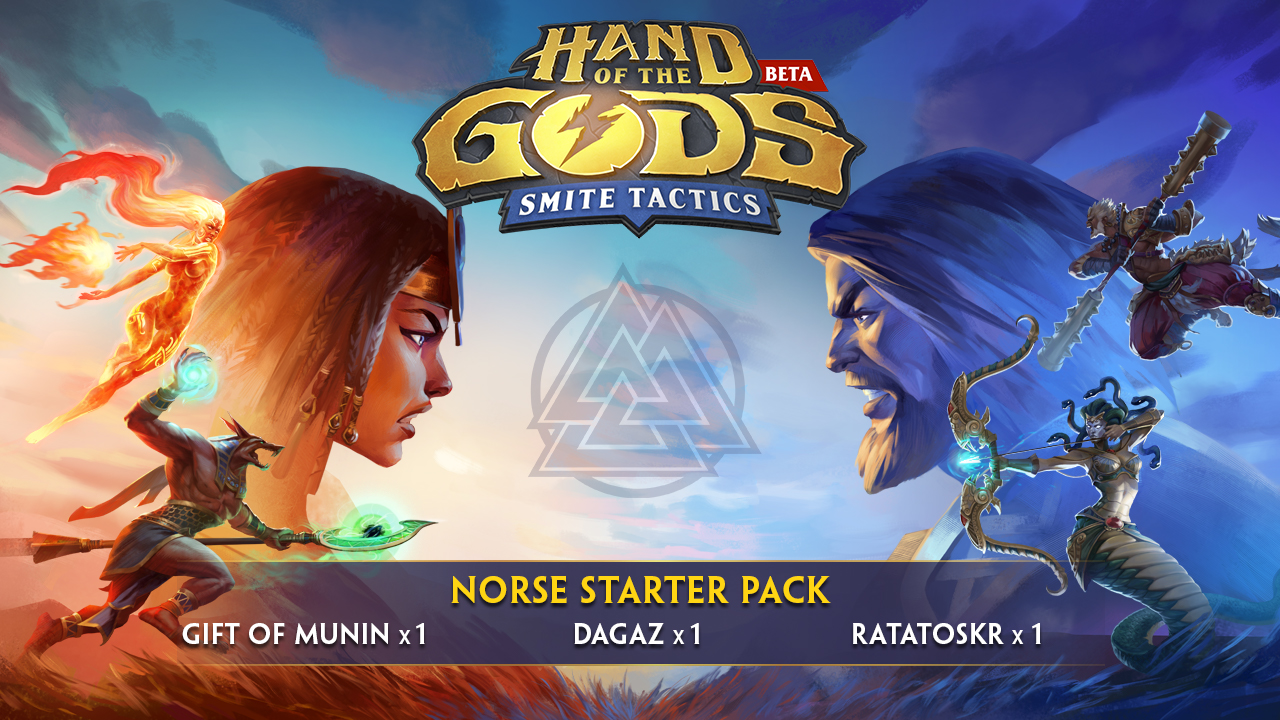 Don’t forget to check out our detailed PAX coverage of HOTG — 2v2 was teased! Good luck and have fun!