END_OF_DOCUMENT_TOKEN_TO_BE_REPLACED
To celebrate the arrival of the Tomb of Annhilation expansion for Neverwinter on console, PWE has granted Massively OP 100 Firesoul Gorgon mount keys to give away to our readers– 50 apiece for PlayStation 4 (Teal Stained Gorgon) and Xbox One (Vert Stained Gorgon). Quick, to your color wheels!

“Gorgons are dangerous and hard to control, but this beast unique to the jungles of Chult has been tamed and its metallic scales have been stained bright green and teal. These uncommon mounts are ready to charge through the dangers of Chult with plumes of smoke billowing from their nostrils.”

Both grant +50 movement speed and include two insignia slots. The codes can be redeemed only once per account and expire at the end of 2017, and the mounts are bind-on-pickup. Critically, these codes are redeemable on console only in the regions as outlined below, so if you’re a PC person, you can skip this one! 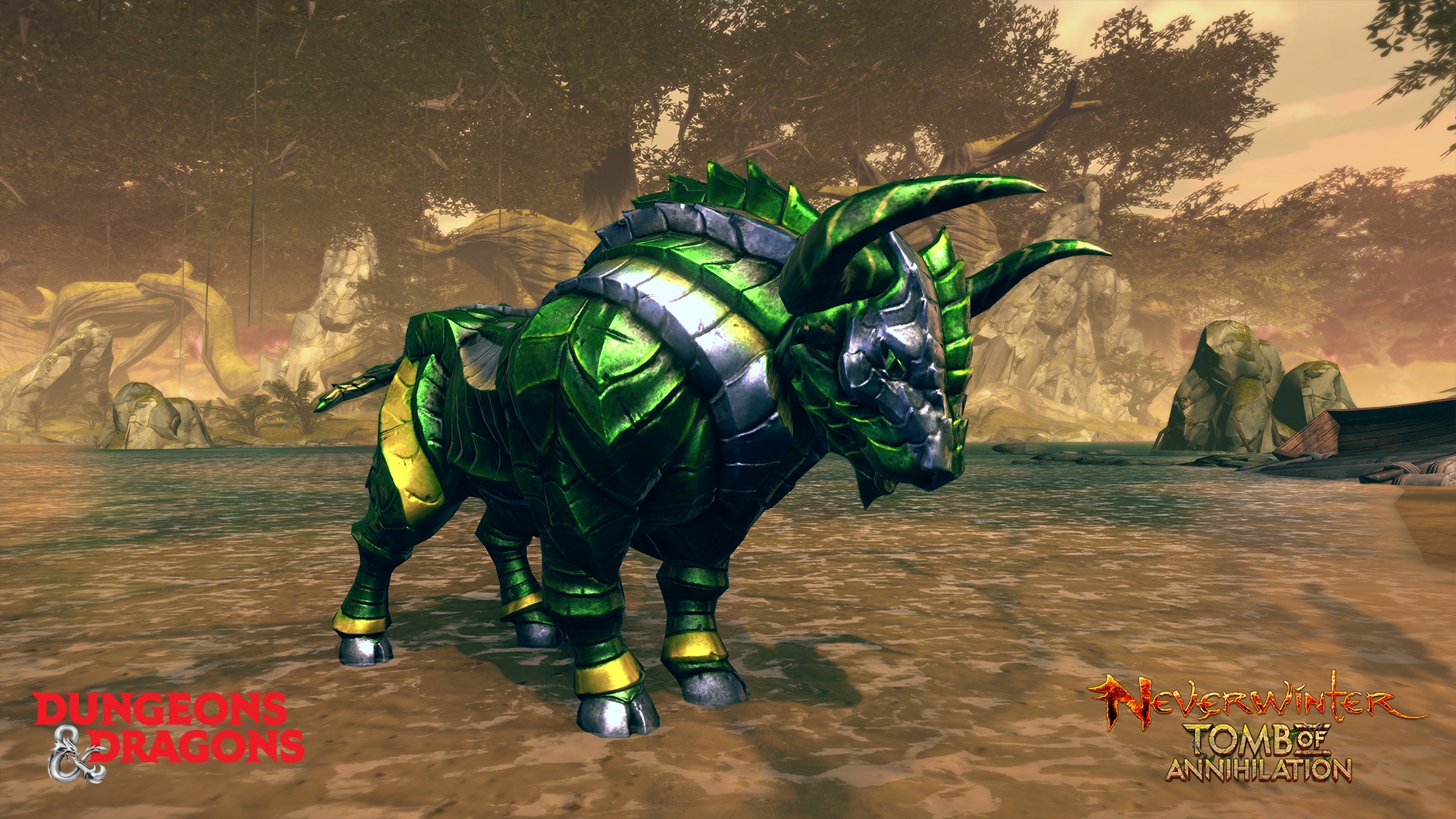 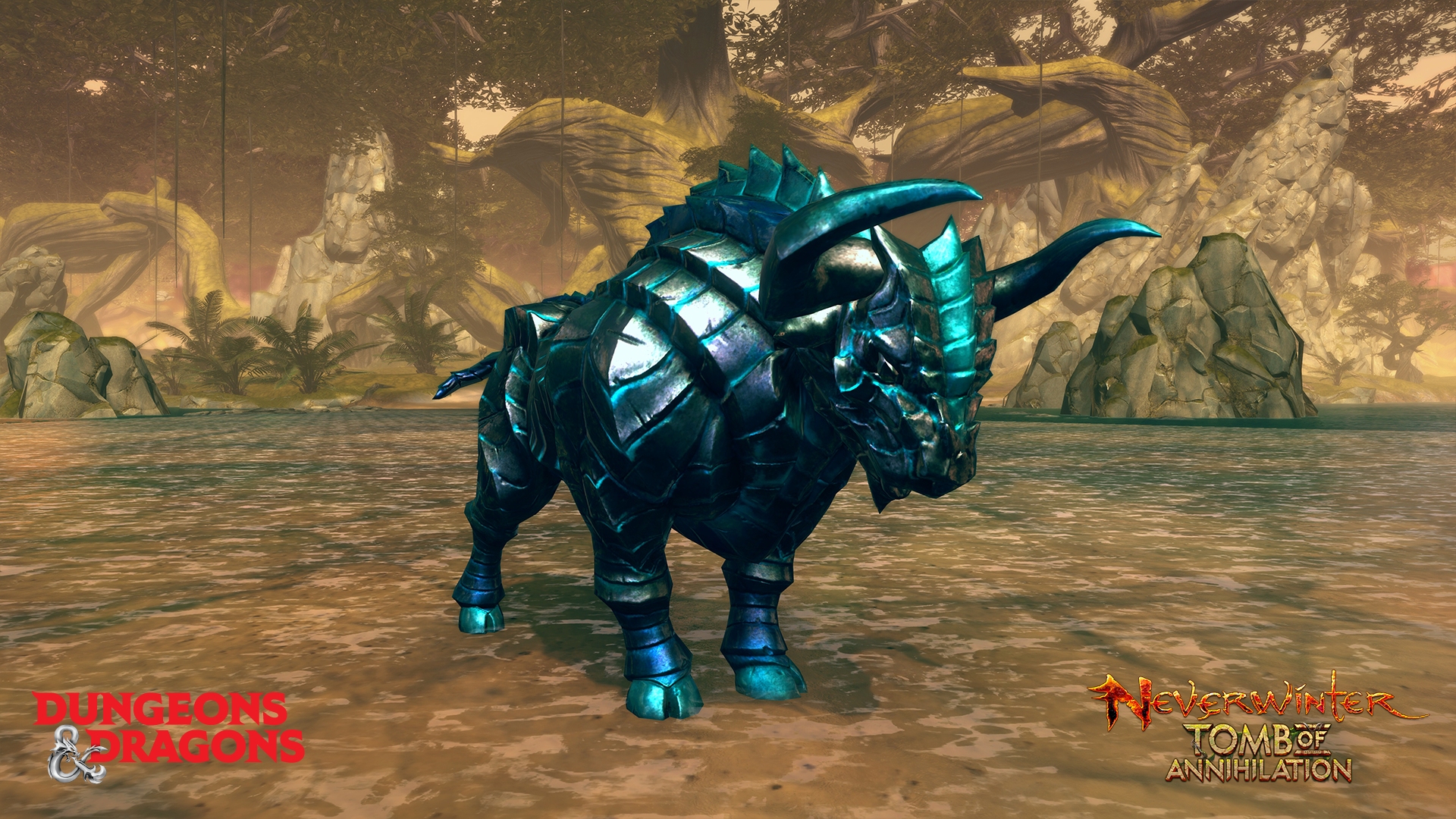 PS4 keys should work for players with Sony Network Entertainment (SCEA) accounts on the PSN who are not located in South Korea, Hong Kong, Taiwan, Singapore, China, or Japan. 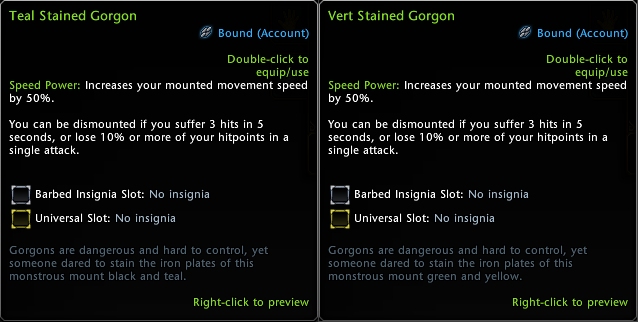 Fifty winners per platform selected at random from the total of entries submitted to Rafflecopter will be contacted via email by Massively Overpowered to receive one code for a Gorgon mount for Neverwinter, respective to that platform, totaling 100 winners across both platforms. Entrants are subject to our official contest and giveaway rules. Entries will be accepted until the giveaways’ end on Tuesday, September 26th, at 12:00 a.m. EDT (midnight Monday night). We’ll draw the winners and send out keys and redemption instructions by Wednesday evening EDT, so make sure you’ve submitted a working email address in Rafflecopter.

Hey Im a weener, thanks MoP

Yuan-Ti or some race of Giants…

A race of cyborgs would be SICK!! And a large Duck for companion or mount in game would be sweet.

Loyal Dog, Always wanted a Dog race in an MMO

LOL, they had to get *cough* colorful *cough* and call it [vert] green in a foreign language. [French]