END_OF_DOCUMENT_TOKEN_TO_BE_REPLACED
If your experience with EVE Online‘s PvE is of grinding through waves of predictable NPC pirates firing space pea shooters at you, get ready for that to change. CCP Games has been working on advanced AI for the past few years with the aim of turning those mindless drones we fight in PvE into intelligent actors similar to players. The first stage of this was shown off with the roaming Drifter battleships and later with the Blood Raider Shipyard and NPC mining operations that will form up counter-defense fleets and try to drive you out of the star system.

The next step in this plan is landing with the Lifeblood expansion on October 24th with Pirate Forward Operating Bases (or FOBs for short) and a new Resource Wars PvE system. We learned more about these new features this weekend at EVE Vegas 2017, and they’re beginning to sound pretty epic. Read on for a breakdown of both features and details of how the Blood Raider and Guristas pirate factions may soon be actively hunting you down. 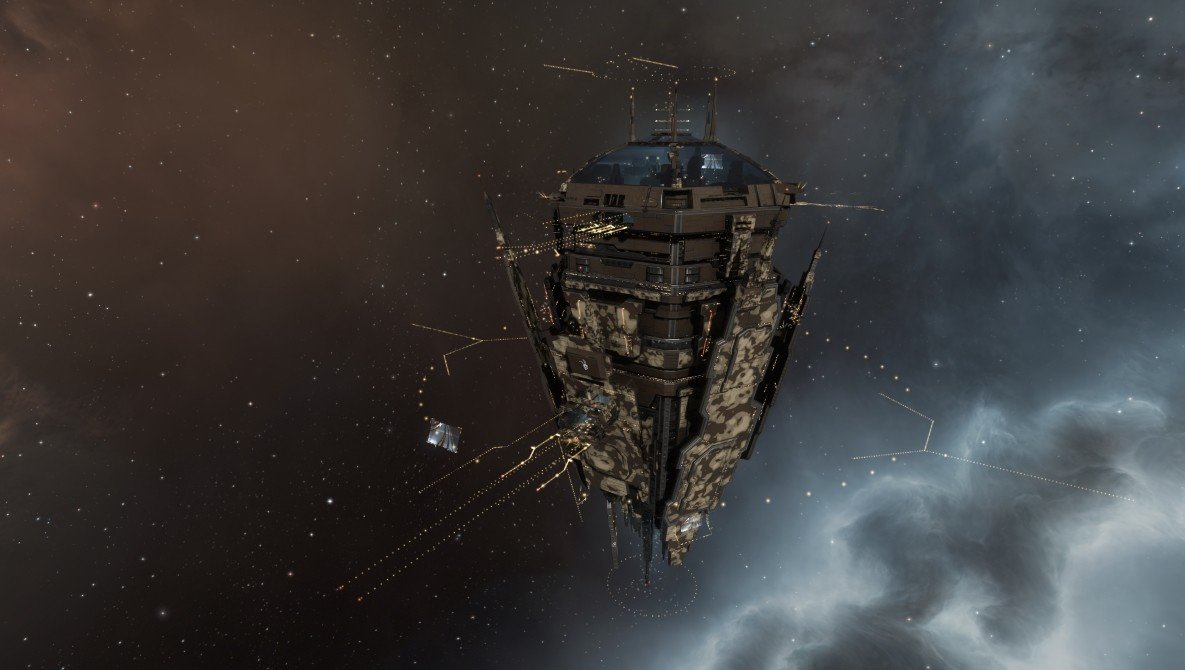 Starting with the Lifeblood expansion, the Blood Raider Covenant and Guristas Pirates factions will begin invading high-security space all over EVE and installing military bases. The bases can be taken down by groups of any size but the difficulty is balanced for fleets of 10 players or more and each player in the fleet gets the same rewards. Anyone planning to blob the site with hundreds of pilots to maximise the rewards can think again, as the pirates will call in counter-reinforcements based on what ships you bring to the fight and rewards will taper off on a bell curve up to around 50 players.

The FOBs will be hidden initially and you have to use combat probes to scan them down, but you’ll notice hints that one is in the system as they will send out mining ops and roaming gangs of pirate ships. This is where things get interesting, because the roaming NPC gangs will hunt down and attack players with low standings to the Blood Raiders or Guristas wherever they are in the system. This is the first time that these pirates have actively hunted players like player pirates do, and CCP dropped the bombshell yesterday that these roaming gangs will even attack vulnerable structures. 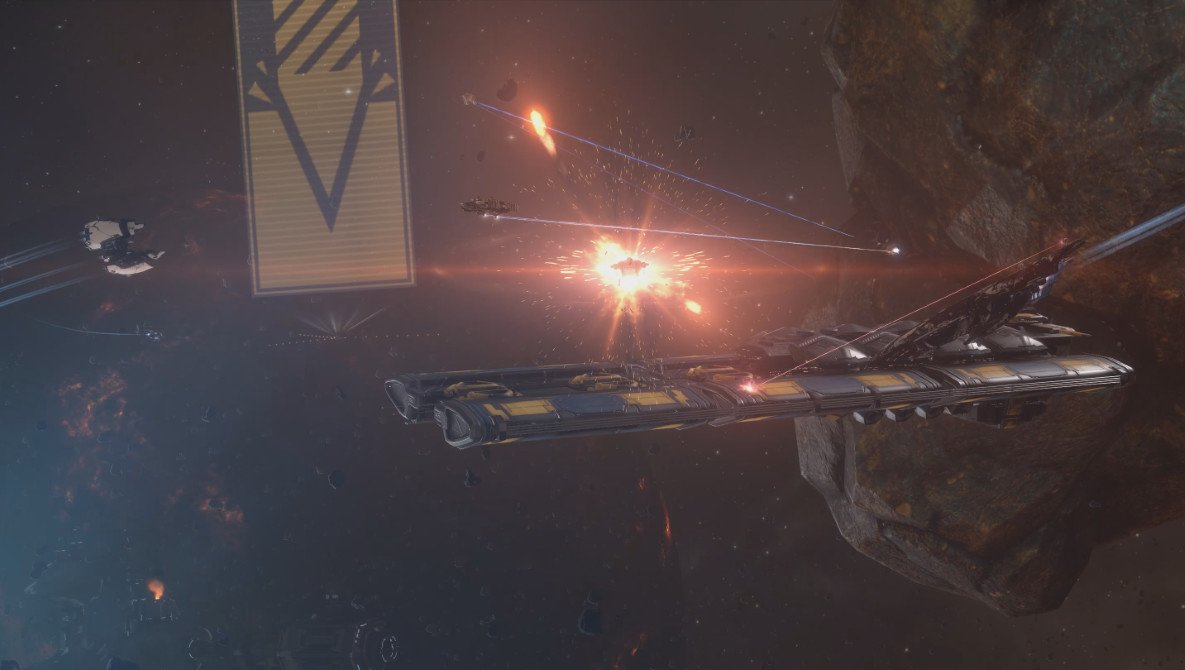 In contrast, Resource Wars seems like less of an emergent challenge and more of a self-contained PvE playground. The four empires of EVE are finally opening their decades-old hidden mining sites in high-security space to players because they need help fending off the new pirate incursions into highsec. The sites are limited to each empire’s specific ships, so the Amarr mining corp won’t let your Gallente ships in.

Players can take on the role of either a miner or a combat pilot defending the miners and haulers from pirates that occasionally warp in and attack. The NPC haulers will automatically warp off to safety when filled with ore, so you can either help fill them up or defend NPC miners filling them up. When all of them warp out, the site completes and anyone who has contributed to its completion gets ISK, Loyalty Points, and standings. The loyalty point rewards can be used to get new reward crates filled with ships and common fittings, and single-use ship skins.

CCP intends Resource Wars to be short-session co-operative gameplay, and to aid in that they’ve added a few unusual features. When you warp to a Resource Wars site, you’ll enter a kind of waiting room area and will be automatically put in a chat channel with all the other players there. Once someone enters the site, 5 minute timer will begin before the entire site explodes and presumably everyone left inside is damaged or killed. The feature feels like something designed for new players to get into after the tutorial that’s a bit more multiplayer than standard mission-running, and this may be a hint of an eventual replacement for missions entirely.

Disclosure: In accordance with Massively OP’s ethics policy, we must disclose that CCP is paying for our writer’s travel, accommodation, and ticket for this event along with several other members of the gaming press. CCP has neither requested nor been granted any control or influence over our coverage of the event, and the writer is paid exclusively by Massively OP for this work. I, for one, welcome our new Blood Raider overlords.
Advertisement