So here is an interesting conundrum: Say you have a highly anticipated raid in the works that you’ve already delayed. Now that the new launch date is approaching, you’ve discovered a pretty significant exploit but don’t have the time to properly institute a fix. What do you do?

For Destiny 2’s Prestige raid, Bungie has decided not to delay a second time, electing instead to push the raid (and its exploit) live on October 18th and monitor player activity for the time being until the fix is ready to deploy. Sounds legit.

“We can now detect if any teams use this exploit to gain an advantage,” the studio posted. “This will take some extra time to verify, but we will be able to crown the winners with the confidence they deserve.”

Meanwhile, the online shooter added a new map to its zone control rotation, bringing players back to Nessus and its Distant Shore. Destiny 2 is also less than two weeks away from the PC launch, and to ready the crowd, Bungie released a map with the specific launch times around the world and the recommended specs. 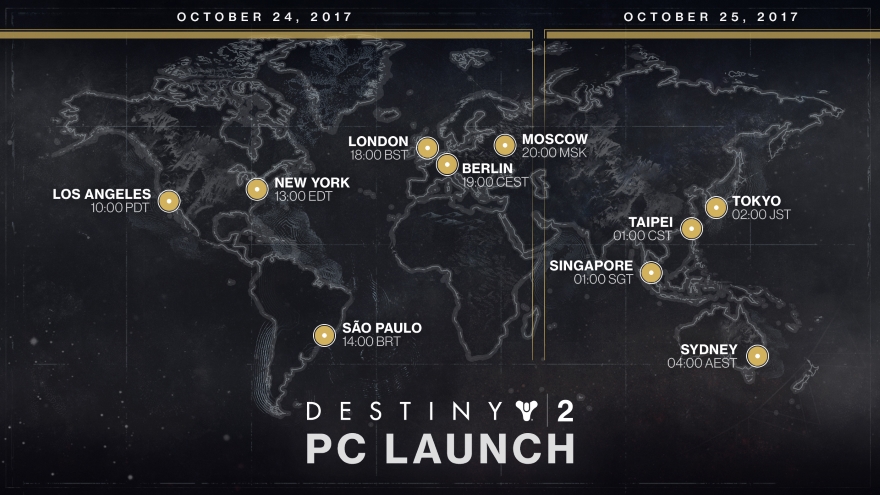 so, we can see how useless their Dev’s are. Rip Destiny 2

So essentially, exploit if you want, we will simply disqualify you. This… actually seems like a pretty decent and well thought out compromise…