When it comes to unusual ways for Massively OP readers to get around in MMORPGs, there seems to be no shortage of bizarre methods for getting from Point A to Point B. So why not an ocean creature that is known more for hanging about than keeping a dedicated commuter schedule?

“I really loved the free seahorse mount World of Warcraft gave my character when I started adventuring through the Vashj’ir undersea zone,” Mysecretid said. “You can’t use the seahorse mount anywhere but Vashj’ir, but it sure looks nice. Even the ornate bit and bridle design impressed me.”

I have to wonder if, when mounted, your character is thinking, “You know, this is just too ridiculous, even for this game. I really should say something to management.” 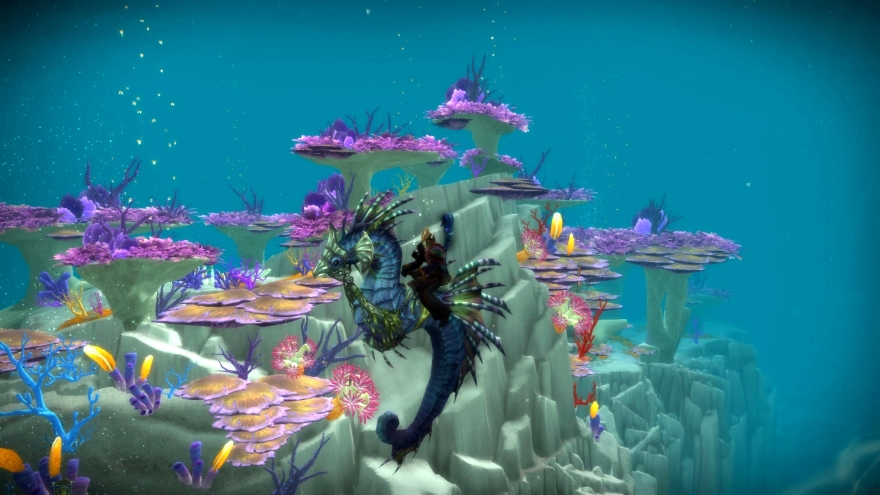 Melissa sets the stage for this electric pic: “If you’ve never been through a thunderstorm in Black Desert Online, then unfortunately no static picture can capture how majestic they really are, especially with their amazing ‘wet’ graphics that happen when things get wet, and water in general. But for those of you who have experienced it, this will give you a smile.” 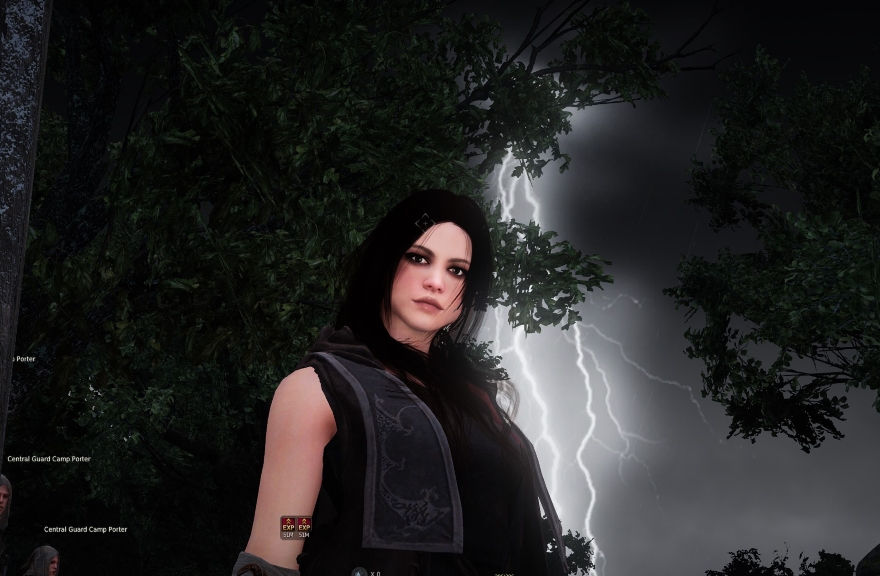 And just like that, we’re back to unorthodox transportation.

“Back in my day, we didn’t have flying mounts,” sniffed Camelotcrusade. “You had to kill an epic air elemental, wrangle its body into a current powerful enough to stand on, lasso it to a nearby object, and run on it before it blew away. And that’s how we liked it.

“And before that? Well, if you can remember the days before every MMO character could personally fly, you might also remember EverQuest II: Kingdom of Sky from 2006. Here I am traveling among the aerial archipelago, and the only way you could normally travel among them was to use the transport station on each sky island. On this day, however, the transport bugged, and to my delight I found myself personally running through the firmament with nary a flap of my arms.

“Little did I know how ahead of my time I was. Flying mounts didn’t come out until Destiny of Velious in 2011, and it wasn’t until 2010 (with LU57) that you could use multiple transports to reach a single destination.” 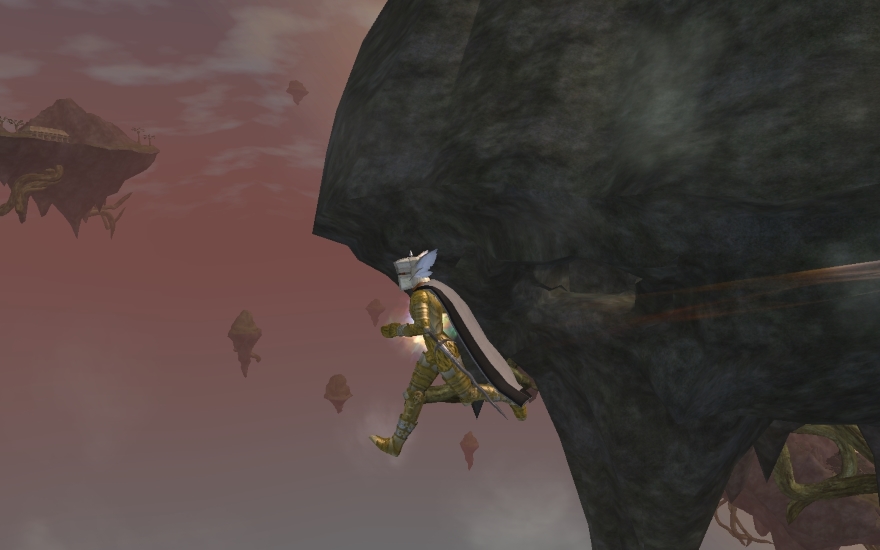 If that’s not enough, how about group plummeting? It’s a thing, and Rafael makes it look cool rather than suicidal.

“Let’s take a look at travel in Blade and Soul, shall we?” he asks. “Then how about just free falling? Yeah, plummeting like a rock to your destination. Sure, not glamorous, and no cash shop coolness. But when on a budget, the only way to travel.” 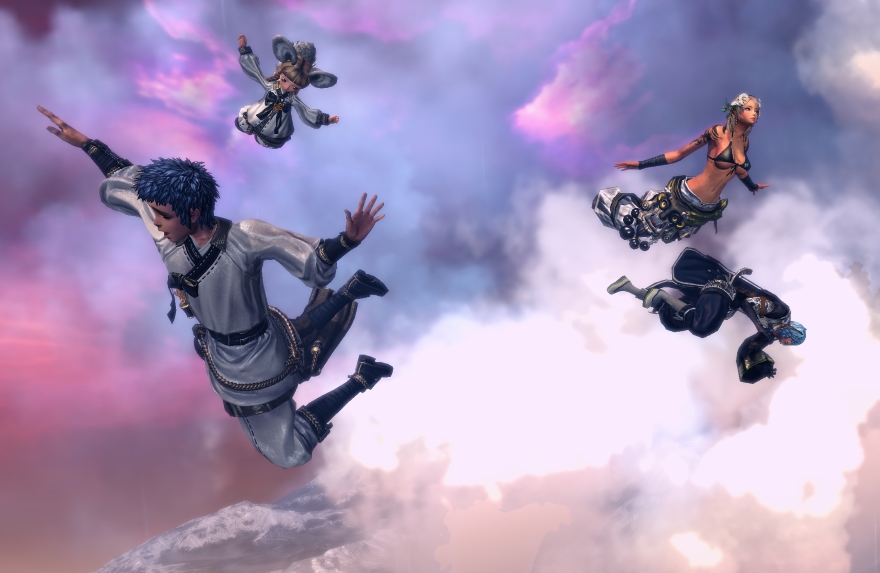 Meanwhile, TBPlayer2112 is “getting into the Halloween spirit a little early in Elder Scrolls Online.” Great. Now I have David S. Pumpkin music going through my head. Anyone else find the concept of an animated spin-off a little ridiculous? Of Pumpkins, not TBPlayer. I’m sure the latter would be pretty awesome. 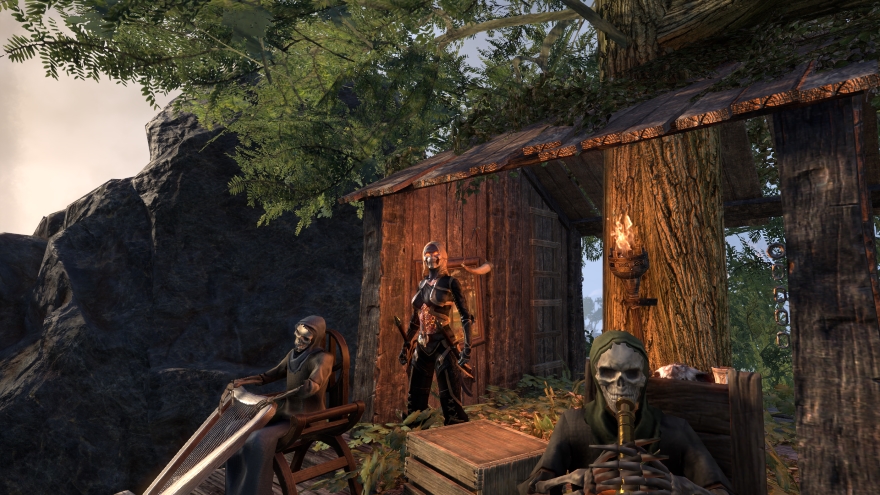 If you can’t fight Halloween, join it! Let’s see your best MMO spooky and kooky pics from this holiday season for this week’s screenshot challenge. Remember, the one with the most pumpkins wins!

Man, that humunculus sure has grown.

when you comin’ home humunculous,
‘I don’t know when,
but we’ll get together then, dad
you know we’ll have a good time then.’

Heh. Now I have the song in my head.

Thanks for the feature, Mr. Justin! That was a nice birthday present. Yup, I’m even older today! (I guess I leveled up?)

And to answer your question about what my character thinks while riding the seahorse mount — he usually thinks, “How have I managed to hold my breath all this time?”

Happy Birthday! Yup, that’s a level. You should have new skills and abilities now.

Cool! Thanks for the mention Justin. Truly love that cap and obviously this weekly from MOP.

Ok, so Halloween. Well, the BnS Halloween festivities don’t start until this coming Wednesday. So, two selfies will have to suffice for now that are in the spirit of All Hallow’s Eve.

First, I couldn’t pass up this randomly beautiful cap of my Blade Master. It is her rendition of Little Red Ridding Hood. And, I must say, she never looked so good.

Next a Blade and Soul up close and personal with Haliee, my new Gunner, in her witches hat. I call it, “Holstered Guns.” Yeah, it could have more than one meaning. Lol.

That’s it for this week. More to come once the Halloween gets underway.

*see below. Having Trouble with the attachments.

Lol, not sure if you ever played the Darkstalkers fighting games, but I am getting a B.B. Hood vibe. To grandmother’s house we go!

Yeah, I remember that game!

Here are a few recent screenshots of mine from Rift. The first is of my Mage, a class I’m revisiting in preparation for the new Mystic Archer soul release. However in this shot I’m using the Necromancer soul and wearing an armor set that has Aldorf the Dwarf looking a lot like his revenant pet.

The second shot is of Crucia in dragon form during an encounter that happens fairly early in the Storm Legion content if you choose Dusken as your starting zone. I don’t really remember what’s going on, but I think she’s trying to solve one of those ring puzzles where you can somehow magically separate them all but it looks impossible.

And then the last image is of Wraps the Mummified Squirrel. I bought the mount as soon as it was released on the cash shop because what rational adult hasn’t dreamed of owning his very own undead oversized squirrel mount? The shot is a little grainy due to all of the cropping and filtering but I was trying to make it look like one of the old black and white monster films and I think it turned out well.

I still have no idea how to upload screen shots off of my PS4, so here is 2 hours and 55 minutes of me stoping around in my Ion to max it’s Aegis rank.

Keep an eye out for my cat to make a couple of cameo appearances.

*edit* wow I get my ass kicked a lot in that first match.

Meh, I thought you were holding your own pretty well. Hard to survive when you are surrounded.

That map is also kind of a bitch since there are so many streets and very few places you can set up a kill corridor.

I do mine through Twitter. First I share the pic through Twitter, then I copy it off of Twitter so I have the pic on my laptop or smartphone. From there it’s simple matter of uploading it from your device to the website.

That was awesome! Heh, I found myself yelling “medpack!” a few times.

You know MOP, maybe we ought to have a weekly fan vid round up. We will keep them short. I promise!

used to be a couple other people who did it but they all dissappeared at some point :(

I have gotten to the point where I feel like I am playing badly if I don’t get MVP at least 2 of the waves, but at the same time I have also gotten really rusty at yhe PvP modes and play like a noob on those modes.

I get screenshots off of my PS4 using a cheap little USB “thumb drive” that I bought on Amazon for about ten bucks-ish.

You connect it to the USB port on the front right of the console, and then just copy the screens you want over to it using the PS4 system menu.

Only thing — don’t buy one of those fancy-looking USB drives with plastic coatings or flanges or stuff. If you look at the USB port on the front of your PS4, you’ll see it’s a fairly narrow access slot — so you just want a plain, rectangular USB drive that will fit.

Not a butterfly I want to mess with.

I don’t understand it. I don’t normally think to use pink in any of my characters. But something about the Rhino Warframe screams, “Paint me pink! And put wings on me dang it!”

What do you mean, Halloween? Every day is a masquerade, my dear.
It’s not my fault if you weren’t invited. ?

Ha, well I haven’t looked but if there isn’t spandex in the horror show known as the GW2 cash shop costume section, I’d be surprised. If it’s not world-breaking and eyeball busting, it’s not for sale.

The Daily Grind: What’s the most coveted MMO alpha or beta you’ve ever gotten into?

It turns out that YouTube megastar Jenna Marbles is an Elder...