Considering the sparse information that has been released about CD Projekt Red’s perhaps-an-MMO Cyberpunk 2077 over the last four years, it’s easy to assume that the game has long been abandoned. However, the studio asserted this week that it has a good reason for being closed-lipped about the project, saying that it takes time to “reinvent the wheel” and innovate with new games.

The Witcher 3 studio was prompted to make an official response about the game following public concerns over alleged poor morale and high turnover behind the scenes. CD Projekt Red said that instead of shrinking, the studio is now double the size that it was in 2015 and is still hiring. And best of all, CD Projekt Red confirmed that Cyberpunk 2077 is still being made and has the backing of the studio.

“Cyberpunk 2077 is progressing as planned, but we are taking our time — in this case, silence is the cost of making a great game,” the studio said. You can read the full letter concerning the project after the break. 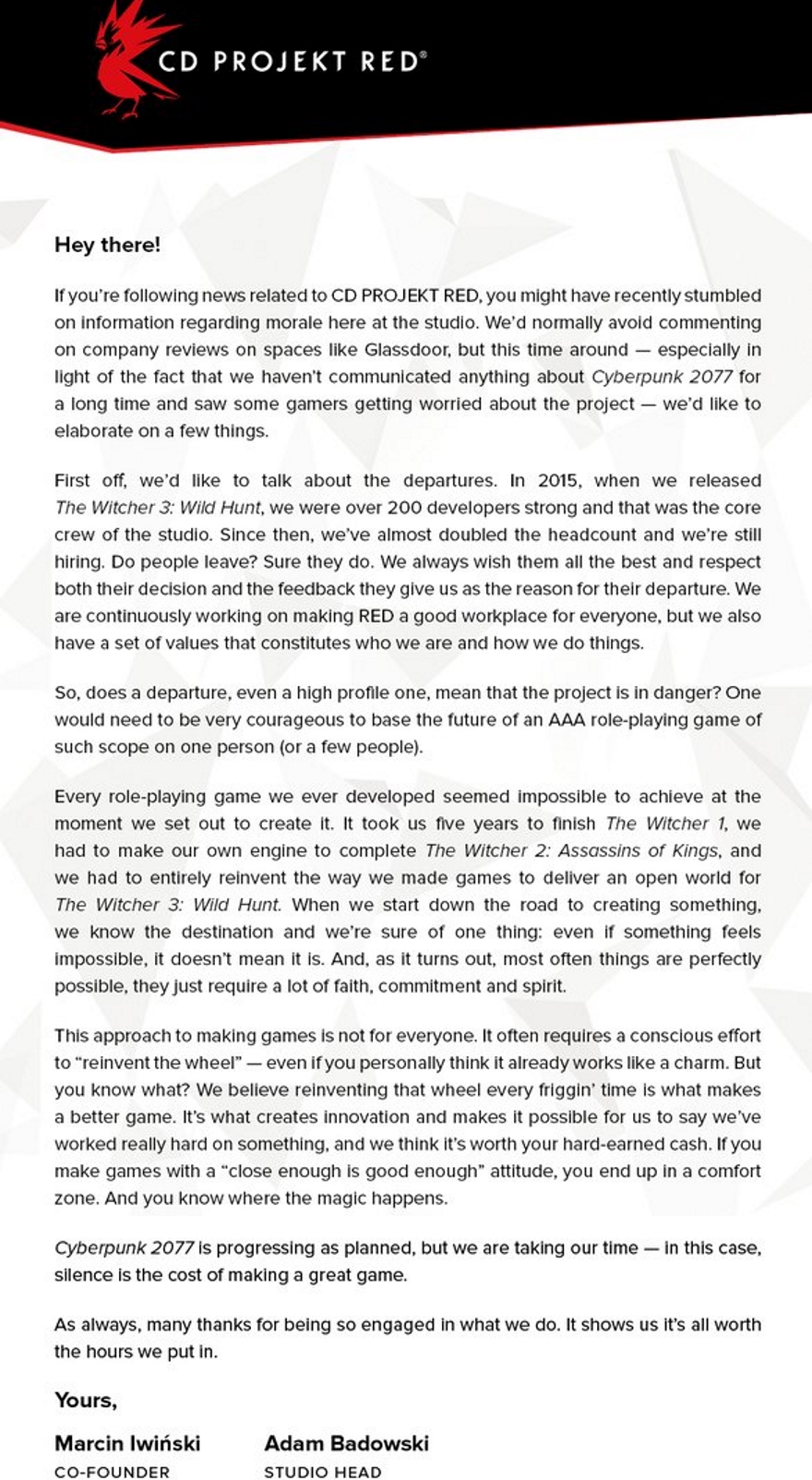