END_OF_DOCUMENT_TOKEN_TO_BE_REPLACED
SuperData’s September 2017 video gaming market global revenue analysis should make Bungie happy, whether or not it was bleeding players ahead of the Destiny 2 PC launch, because hey, Bungie got your money already: Destiny 2 rocketed to the top of the console charts, becoming “the fastest selling digital console game in history.” Presumably, we’ll see it crop up under PC in the next few months as yesterday’s launch is taken into account.

The PC side of SuperData’s report won’t surprise you, since it trickled out early yesterday: PlayerUnknown’s Battlegrounds pushed up to #4 in global revenue, passing up Crossfire, an Asian online shooter that’s been in the top four for many years. Divinity: Original Sin 2 also entered the list, pushing Dota 2 off and proving, SuperData suggests, that “single-player games still have a draw with consumers.” Pokemon Go, meanwhile, once again dropped out of the mobile top 10. 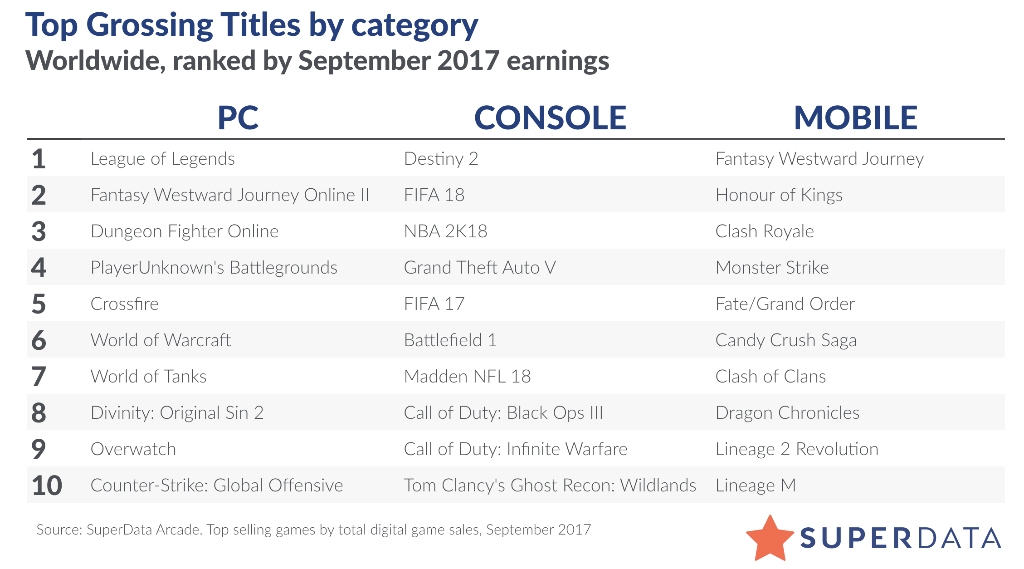