END_OF_DOCUMENT_TOKEN_TO_BE_REPLACED
Though EVE Online has a reputation as a cut-throat PvP sandbox where anything goes, the fuel that fires its conflict engine has always been PvE. Players collectively pump over 100 trillion ISK into the EVE economy each month by hunting NPCs all across the game, and at the same time they mine around 40 trillion ISK’s worth of ore for ship and module production. Over 90% of NPC bounties predictably come from people farming in the player-owned nullsec regions where some of the largest PvE rewards can be found, but data released earlier this year showed that 7.2% of bounties actually come from high-security space.

It’s unsurprising, then, that CCP chose high-security space as the test-bed for an entirely new casual PvE format with the release of Resource Wars in the recent Lifeblood expansion. The expansion also saw the return of the Crimson Harvest event and the release of a new tool named The Agency that helps players find nearby PvE content. I’ve been getting stuck into all three of these this week and seeing how it all ties together, and I’m now more convinced than ever that we could be heading for a full-scale PvE revolution.

In this edition of EVE Evolved, I discuss Resource Wars as a new model for PvE and consider how The Agency could be expanded to help promote casual pick-up PvE groups in EVE. 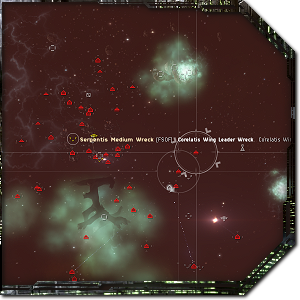 After completing the tutorial, most new players in EVE are steered toward NPC career agents who give out missions designed to introduce newcomers to everything from mining and salvaging to exploration and combat. Players often graduate from the career agents and just head straight to another NPC agent to run more missions, but mission-running can only be entertaining for so long.

Even the highest level combat missions get repetitive after a while as you find yourself just grinding through an endless stream of NPC ships that act predictably and don’t pose any real challenge. While it’s possible to bring friends on your missions, they’re designed to be completed solo and the split mission payout actively discourages grouping.

Other PvE gameplay such as incursions and high-end exploration and wormhole content are good targets for organised groups and can’t reasonably be completed solo. The last example of PvE gameplay that was good for pick-up groups of random players was probably in the early days of the Sansha incursions before players got organised and started forming dedicated communities for it. 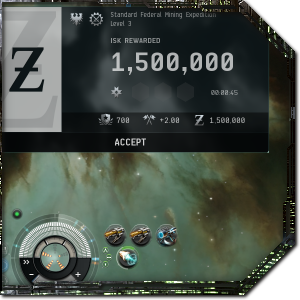 Resource wars resembles standard mission-running in many ways, with five different levels of sites available and each level being gated by standings with an NPC corporation. While missions spawn hidden PvE sites on demand, Resource Wars sites are spawned periodically by the game world and the player has to travel to them. The sites themselves are like little pre-scripted encounters between NPCs that act like simulated players, and the player is given a challenge within that context.

In the case of resource wars, you have to speed-mine asteroids and fill up haulers within a strict time limit while surviving attack from pirate NPCs. The level 1, 2, and 3 Resource Wars sites can be completed solo in a Venture mining frigate with two medium shield extenders, a 5mn microwarpdrive, and a couple of shield resistance rigs. An important tip for completing sites quickly is that each asteroid only has about 100m3 of ore in it, so you can deactivate your mining lasers about half way through their normal 60 second cycles and you’ll still get all the ore in the asteroid.

Repeat that on every asteroid in sight until you have 10,000 units of ore (1,000 m3) for each hauler, and use a microwarpdrive to quickly get to the haulers and fill them up. The trick to completing level 3 sites solo in a Venture is to pick those that have mostly cruiser NPCs and then just never launch your drones, because the cruiser sized ships then won’t see you as a threat and will ignore you. 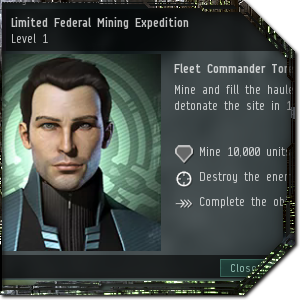 Resource Wars was designed explicitly with groups in mind, so everyone who participates in a site gets full credit and there’s just a limit to how many people can enter a site at the same time. Bonus rewards are given for quickly completing the site and for killing NPCs while you mine, both of which incentivise bringing as large a group as possible. There’s even an acceleration gate at the start of the site to allow players to gather and organise before heading into the site and the players inside are put into a temporary chat channel with each other to help facilitate pick-up groups. Unfortunately, it looks like it isn’t enough.

None of the Resource Wars sites I’ve completed since the expansion landed has had another player enter it while I was running it, I’m just seeing a lot of solo ventures flying around completing sites. This behaviour may give way to larger groups as more people hit the standings requirements for level 4 and 5 sites, as you just can’t mine enough in a single ship to complete them solo within the time limit. What’s more likely though is that players will organise themselves and form Resource Wars communities just like they did for Incursions, possibly even gatekeeping the higher level sites. Players have already started trying to organise groups via the public “Resource Wars” chat channel, which all new players are reportedly put into by default. 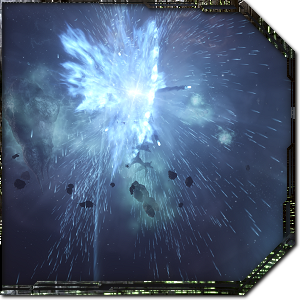 The Agency and boosting casual players

The biggest saving grace for Resource Wars comes in the form of The Agency, a new panel in the user interface that helps players find PvE content nearby that they can engage in. Mission agents, asteroid belts, and Resource Wars sites are all highlighted on a map, answering that age-old question of “What do I do now?” that every new player asks after a while. The Agency not only directs players toward nearby content and lets them know what’s out there, it also gives details on what that content requires and flashes to let you know new content of the selected type has appeared.

For casual players, being able to go straight to the type of PvE we want or at least find out if there is any in range allows us to more effectively use our limited gaming time. I’ve been using The Agency to find resource wars sites to complete near my home staging system in Faurent as and when they appear, and I really hope that Resource Wars is a template that CCP uses to roll out new types of PvE in the future. It cannot be overstated how big of a deal this new interface could be for EVE in future updates, providing that CCP continues to follow the Resource Wars PvE model. 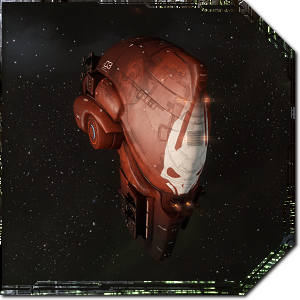 Could The Agency be expanded?

The two biggest barriers to pick-up groups forming in EVE are letting players know that content is out there and connecting players who want to do the same content. The Agency tackles only the first of these problems currently, and the innovation we need now is a way to let players register their interest in joining a group to tackle the content.

Imagine if there was a list of names next to each of those icons on The Agency’s interface, maybe a temporary chat channel for each piece of content that you’d auto-join when you register your interest. I’d sure as hell use that for level 4 and 5 Resource Wars, tackling Pirate FOBs, even finding mining fleets in highsec belts.

I could imagine The Agency being expanded in future to show a lot more of the content that’s out there to find. It could show active incursions, NPC structures, roaming Blood Raider and Drifter AI, current moon mining belts, and maybe even public player fleets. I’d even support showing content that isn’t normally public knowledge, such as hidden asteroid belts and cosmic signatures in other star systems. Hell, CCP could even potentially extend it to show PvP targets such as reinforced structures or players with killrights to be activated. The more types of content this interface can be expanded to cover, the better off EVE will be.