END_OF_DOCUMENT_TOKEN_TO_BE_REPLACED
It might be a little hypocritical of me to read into the datamined information from Star Wars: The Old Republic‘s upcoming patch 5.6, but I’d be failing at my job if I didn’t at least take a look. Of course, I’m not a fan of much of the datamined stuff because it leads to abhorrent speculation and misjudging, but there is one part of the most recent datamined info that has me kind of excited… excited about crafting, of all things.

So before we dive in, I should mention that datamined information might never make it in the game and that datamining itself is against the terms of service. And much of the datamined information can be and usually is taken completely out of context. That means that I want you to take everything that I’m about to write with a grain of salt. It probably means nothing, but every once in awhile, it’s fun to tread in places you’re not supposed to go. So if you would like to speculate with me, let’s talk about some very interesting changes that could potentially come to your companions.

Jedipedia, who also runs an amazing website that will never be a part of the official influencer program but should be, posted on the SWTOR subReddit a giant list of items that were datamined from Update 5.6: a Traitor Among the Chiss. Now, he posted some major plot spoilers there, too, so I do not recommend reading everything that he posts. But in one of his posts talks about changes that are coming to crafting or more specifically how your companions interact with your crafting. Here’s the raw text:

I do like that Jedipedia says that he does not have any details yet. It’s basically his speculate-at-your-own-risk warning. So that will serve as my warning, too. I have no idea whether what I’m about to speculate on is true. Maybe it’s my wishful thinking, but maybe it’s my years of experience with MMORPGs telling me that this is the most likely scenario for the game. 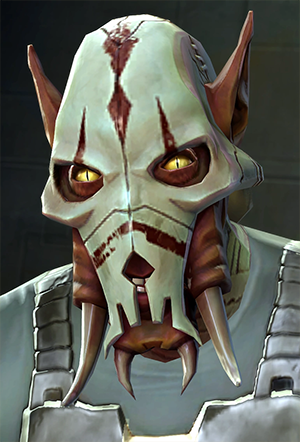 Let me give you a couple of possibilities that I think we will see. We’ll go Dark Side first. Xalek was originally a Sith Inquisitor companion. He’s a Force User and a vicious Kaleesh warrior. Besides having an amazing voice, he also has a knack for killing everything in sight, so that makes him perfect for the Combatant and Jedi Slayer traits. The primary traits, I believe, are directly related to missions that you send your companion in via the crafting window. As a “Combatant,” he will get bonuses for missions that you send him on that involve combat. But if you have him as your active companion, he will grant you bonuses based on the mission that you are on. If there are Jedi in the mission, you will be granted a CXP increase, and he will hit the Jedi 15% harder.

Another example could be T7-O1. T7 was originally a Jedi Knight companion and a droid. He would likely have the Technician primary trait and Droid Buddy secondary trait. If he were sent on an Engineering mission through the crafting window, then he’d have bonuses. And if I use him as my primary companion on my missions, then I will gain an extra 15% XP and a box of crafting mats when I turn in the mission.

Since 4.0, the launch of Knight of the Fallen Empire, all the companions have been able to do everything and bonuses have been based on your reputation with your companion. With these changes, we are looking at differentiation between the plethora of companions. I have sorely missed mechanical differences. Originally, I wasn’t a big fan of different companions having different bonuses to crafting because of the limited companion types, but now that there are more companions than fingers and toes, it will be nice to have a reason to have one companion over another based on what we’re doing at any given time. 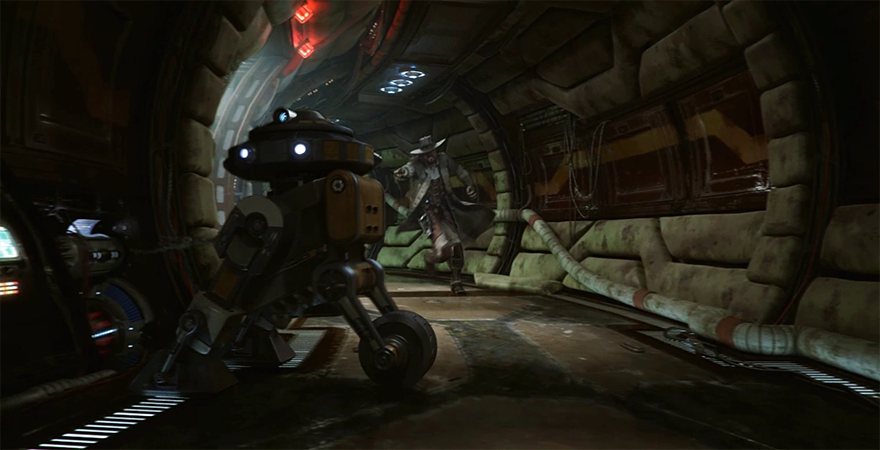 I appreciated that there used to be one companion who was a healer or one that was a tank, but I don’t think that was a good way to differentiate the companions mechanically. It seems to me that this upcoming change – if it happens – might be the best way. Giving the companions different bonuses based on the mission or the enemies being fought makes for an interesting way to encourage companion swapping while not crippling players who do not like one companion or choose to only use one companion type.

Those are my thoughts, and now I’d like to hear yours. We are in speculation mode right now; what do you think that datamined information means? And how would you change the mechanics of the companions to make them more interesting? Let me know your thoughts in the comments below.

I’m still waiting for combat traits (or rather, a unique ability per companion that stands it out and makes it a WEE bit better in a role, in their unique way).

A “unique ability” or “defining trait” per companion woul be a really cool idea.

I suppose one would have to tread carefully, so as not to create a situation where the power gamers are saying things like “you should never use any Star Wars companion except Bounty Hunter Swoboda — unless you’re a LTP noobturd”.

Screw the power gamers in this case. Companions are for 1-3 players and questing etc.

And my sentiment stems from them taking away HK-51’s uniqueness.

Reading the trait texts quoted here, it reminds me a lot of WoW’s Draenor Garrison missions.

Where each follower/companion has traits which (when levelled) contribute towards the rewards/chance of success of various companion missions.
Especially missions where multiple companions work together and rely on the cumulative bonuses from their various positive traits in order to reach nearer a 100% mission success chance.

The thing that did it most for me is the…

increase the Influence gain by 100 of all companions on the mission upon success.

Which implies (speculation) more than one companion on a mission together.

It does have a Garrisons feel to it, Woetoo. I’m curious to see where all this might go. Hopefully, somewhere good.

I’d have wished for a complete overhaul of combat balance to make companions completely optional in combat. This seems like something that the faithful will like, but I doubt it will have any effect on attracting new and/or former players, but at least they’re doing stuff.

Aye, Sray — we’re to the point where any movement on development which doesn’t involve tweaking class balance (again) or spitting out yet another repeatable group-content battle can be seen as progress.

I never cared about companions and I still don’t despite how much development time and resources they’ve received over the years. I’d much rather they make some actual content so I have a reason to subscribe.

I really wish my romantic interest from the base game returned…thats all i want at this point.

Has Riisha returned yet? At all?

No. The only female companions with potential “significant other” status for player-characters who have returned at this point have been Vette (a nice cutscene, as part of a larger story) and Elara Dorne (nothing character-related; she appears almost as an afterthought).

Seriously, is anybody driving the bus any more on this purported “story and character” -centric MMORPG? Yeesh. It’s embarassing, and I don’t even work there! :-)

I’m fully on board with bringing back some level of uniquness to companions, and especially if it helps break the “ALWAYS USE HIGHEST LEVEL ONE” nonsense for missions etc. I like the KotFE overhaul, but unfortunately they ended up feeling pretty homogenized overall.

Though is it just me, or does this seem like part of a brand new system companion mission overall? Or is this something that was added with KotET that I totally missed, because those parameters don’t seem to line up with anything in-game now that I know of. Getting some serious hints of a WoW Garrison-esque thing going on, which I can’t say I’m entirely thrilled by…

I agree. I liked that the companions were freed up from only being usable in certain situations (i.e. we all have our personal favorites we like to run with), but as you suggest, the balance ended up tipping too much the other way, and they became almost so interchangeable as to be faceless, and a mere min/maxers “walking battle buff”, and nothing more.

Indeed. I like them having a versatility, but it came at the cost (so far) as to make them pointless.