END_OF_DOCUMENT_TOKEN_TO_BE_REPLACED
Saying that revenue from Secret World Legends has “exceeded expectations,” Funcom opened up to Venture Beat about what’s coming next for the supernatural MMO.

“Season 2 starts to unravel new questions, while answering other questions that have been laid out before,” said Executive Producer Scott Junior. “Players will be traveling to a completely new location, encountering new NPCs with fully-voiced dialogue and cutscenes […] The plan is to continue telling the story and continue adding unique experiences that haven’t been seen before in the game.”

Funcom is supporting this weekend’s Extra Life 2017 event by encouraging players to sign up and help raise funds for this charity. Secret World Legends players who participate will receive a special in-game t-shirt from the studio.

And while Halloween is over, Secret World Legends players know that the holiday never truly ends in their game. Check out an amazing pumpkin carving that a fan did of “Flappy” in Agartha below. 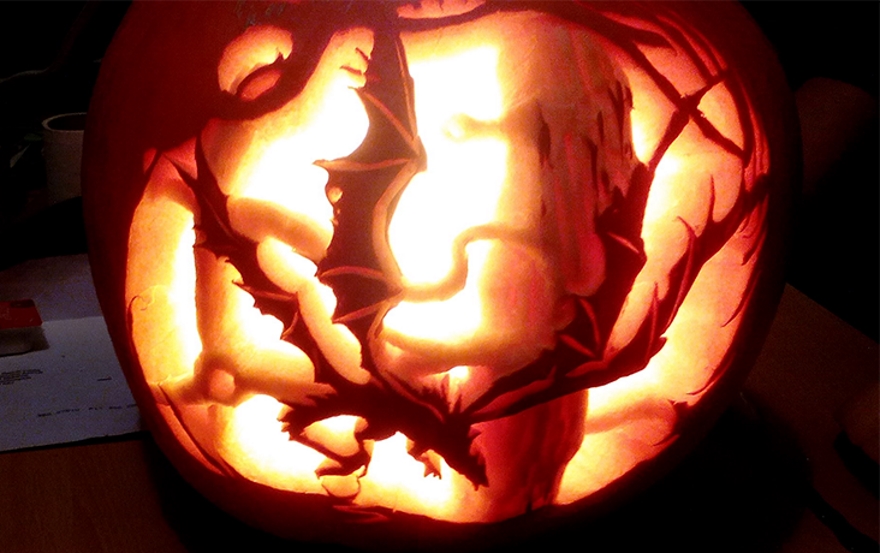 That is one seriously impressive Flappy-o’-lantern!!!

Or, for you purists: Bird of the Zero-Point Pathogen-o’-lantern!

I think even purists call it Flappy.

I wouldn’t even consider this a tease but at the very least they are actively working on it.
If the sales on SWL exceeded expectations I hope it stays that way and we can see alot more of this fantastic game.

The future’s in good shape, that’s great to hear. SWL’s been a fun diversion while I’ve been burnt out on other MMOs.

More content is great, but i gotta say i’m quite excited for this QoL update

I can’t wait for season two. As a returning player who found that the changes made in SWL prompted me to finally start enjoying a game I’d previously never gotten past the first zone in, I’ve got two floors left of the Orochi Tower in Tokyo and then the wait begins.

Wooow! I’m excited about new content! While I don’t play SWL hardcore, I do keep a sub running and play it casually. I’m nearly done with Besieged Lands, which is my favorite zone so far. This was the first Halloween I was able to do the content, as I couldn’t ever progress far enough to do the quests in TSW. All-in-all, I’m happy with the gameplay in the game.

I’m absolutely delighted to hear revenue is up.

I miss TSW, and am about 60/40 positive on some of the development choices for SWL but hey – if it brings in more players, and lets them continue to offer/develop what was a moribund IP, then that’s great!

I sincerely hope that the departure of Joshua Doetsch from their team doesn’t hurt their storytelling. It’s always been the most compelling piece of the package. I sure do miss those kittens.

Now if they’d just recognize how easily they could implement character housing (I mean ‘in game logic easy’ not ‘in that engine’ easy, which may ultimately be pretty hard), I’d be a cheerful camper.

I have a bad case of Funcom burnout. TSW was brilliant, but quite flawed. And the more they tried to fix the game, the less fun and engaging it became as a “main game” kind of experience.

SWL has been… strange. Some changes are good. Some changes are bad. Most of it is rather the same. I have a very, very hard time getting into the game due to the dailies and grind-designed-for-cash-shop. SWL is so desperate for people to grind and play every day that I just don’t enjoy logging in and feeling like I have a list of other-person-dictated tasks I need to accomplish which aren’t even that interesting in and of themselves.

That all said, if Funcom can deliver on Season 2 I’ll be super stoked. Continuing the story is the only bit I care about, overall, and no matter what they do, if the story continues I’ll play again for that.

While I liked Tokyo as a setting (setting aside the execrable aegis system – faugh!), and while I think there were some charming stories and characters IN the setting…I felt the overarching story got a bit, well, lost there.

I don’t want to get into spoilery details but I felt that the original zones – from Solomon Island, to the Valley of the Sun God, to Transylvania – while each having variety, and their own smaller stories, all ultimately advanced the main story pretty solidly and with a great deal of engagement. Maybe it was personal burnout, maybe it was the distraction of aegis, but I just didn’t feel like Tokyo was as tightly written.

Supposedly Scriv (Joshua) is freelance writing for ‘season 2,’ so…good news for you?

Only news which could top that is that they got both Ragnar _and_ Scriv to write again.

“The moment you have additional monetization after the box price, players treat it like a service,” explains Casais. “They expect more out of the game, they expect more support, and more communication from the developers.”

Wait, what ? Does that guy mean that since it’s F2P I’m not supposed to expect good support or communication ? Oh, wait, it’s the same CEO guy who spouted something about “our best effort” just before launch. They should really think twice about letting their CEO address the public.

No, I’m pretty sure he’s basically saying that for games that have monetization after the purchase (or download for F2P titles) players expect things like solid support and communication from the devs.

Most of my confusion about that bit in the article stems from it being an incredibly awkward paragraph. Seriously, it’s written as if Casais is talking about additional things they found they needed to do since the game’s gone F2P, but the text of the quote is simply talking about how when you go the ‘games as a service’ model you need to provide support and communication to your players.

The pumpkin is very, very cool. Much kudos to the carver.

Seriously, that pumpkin is amazing.

The Daily Grind: What old inventory items in MMOs do you keep around even though they’re dead weight?

The MOP Up: Naruto Slugfest steps up to bat