END_OF_DOCUMENT_TOKEN_TO_BE_REPLACED
Do I love Halloween? Yes, yes I do. And while the season was in full swing, my mind was fully focused there. This season is a great diversion, especially in Secret World Legends. But with the awesomeness that is Halloween winding down and with Samhain now over, my mind can finally settle on other matters. Now I know for some, that means Christmastime and Krampusnacht. (One staffer here even declared/warned us of all out Christmas festivities starting November 1st!)

As cool as Krampusnacht is, my mind has turned instead to Season 2. Without my favorite holiday to distract me, I am keen on embracing the big awesome that we’ve all been waiting a long, long time for. New content! New stories! All new zone! Yes, Season 2, I am waiting for you. And the latest little teases coming from Funcom give me hope that we can get it sooner rather than later; the devs’ flaunting it more openly and allowing us to focus on it really has revved up my hype train. It’s almost like there is nothing else in the way and this is their complete focus. Oh yeah! *insert Kool-Aid Man here*

Perhaps the reason I am more excited right now is it finally feels like the devs themselves are focusing on Season 2. Yes, we knew that had to be working on it all along, but there were always other things as well. You don’t even have to be a conspiracy enthusiast to have felt like the devs have used a number of these other things to deflect attention and conversations away from Season 2. But now, that topic is front and center. Executive Producer Scott Junior just went on record talking openly about the new place, the new NPCs, and new cutscenes. This is the stuff we have been waiting (not necessarily patiently) for. 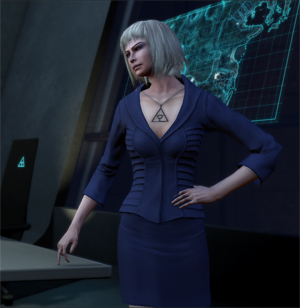 Sadly, he didn’t offer details beyond that, but I especially like this line in his statement: “…and continue adding unique experiences that haven’t been seen before in the game.” Now, I can be a cynic and say  that plenty has never seen before in this game because the remake is a “new” game. But I am choosing to believe that we might have some cool new features and systems coming to our little corner of the horror world. I’d like to learn more, and since I only don’t want story spoilers, I am totally for learning all about new features.

Talking more openly about the new season now also leads me to believe more info will be incoming shortly. And while I do not want a host of spoilers, I don’t mind more teases! And knowing Game Director Romain Amiel’s propensity toward teasing, I am inclined to feel we will be getting more now. Speaking of which…

The teases have begun! It’s terrible how one little tweet can set my mind off an a Secret World Legends frenzy. Amiel tossed this tidbit out on the 31st:

“Spoiler Alert: It’s Halloween and I just can’t keep this one to myself! Just had Ze best recording session with the amazing @KariWahlgren“

For those who don’t know, Kari Wahlgren is the voice that brings Kirsten Geary to life. She also voices Tanis, but it is the Illuminati Handler that she is best known/most adored for in game. This tweet of Amiel’s came right after the one where he was saying how much he laughed because of a recording session the day before.

“Came out of yesterday’s recording session with a sore tummy cos I laughed too much. One character came to life in the most unexpected way :)”

The two tweets appear to be linked, and while we knew faction handlers would surely be a part of the next season, hearing KG returns is sure to make many folks happy. OK, technically Wahlgren could be doing a voice or two for a completely unrelated character (new NPCs, remember?), but my bet is on more Geary. Now I can’t wait to see how the character comes to life in an unexpected way! Maybe she actually hooks up with that Tokyo demon who idolizes her so much. Hey, he can dream.

Although some have totally moved on to the next seasons, I will happy continue to snuggle up to Halloween for as long as possible. Hey, that turkey doesn’t come out until the 23rd around my house! And so I have no compunction with sharing more holiday thoughts. And my first thought is, what about our 2017 Secret World flavored spin-off?!

Obviously we were never guaranteed any games, but man, I really miss the spin-off Halloween treats. I loved The Park, and I also enjoyed Hide and Shriek. They both gave me extra Secret World goodness, something I can never get enough of. And I really was hoping for and looking forward to some kind of addition to the spin-off series this year. Granted, Hide and Shriek going free-to-play may have been the hint that Funcom didn’t find such endeavors profitable, I was still hoping. I suppose more time focused on Season 2 is an acceptable use of their energies, but that doesn’t mean I wasn’t bummed at the loss anyways. Even something tiny and silly like a Memory game of important NPCs and monsters would have been interesting — and even better if it included little snippets of info. Heck, I could play my first mobile something if it was related to Secret World Legends. 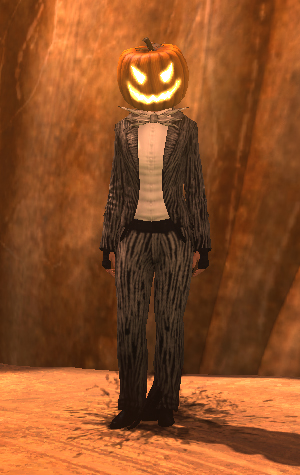 Before Samhain is lost to other’s memories for the year (it will be with me forever), I also had another thought. Someone had asked me if The Secret World was going to get the Samhain celebration. We didn’t, but why didn’t we? Turning on the Halloween event in TSW would have totally solved the problem of people wanting to do some of those incredible missions again, especially all those who couldn’t quite participate last year but came to the game right after. Trust me, we talked up those missions something fierce! And yes there are some people who are in Secret World who did not move to Legends.

I know that no new content is coming to TSW, but Samhain is not new content: It’s old content. Already created and implemented content! No one ever said we couldn’t have old content! Nothing new had to be made. Why couldn’t devs flip the switch and give us a place to go to enjoy the rest of Samhain as we knew it? Stripping the Samhain event from there just another stab to the heart.

It was suggested to me that perhaps devs didn’t want people to be able to earn more cosmetics that could now be moved over thanks to the second cosmetic transfer. If that was a consideration, I think it’s a pretty poor one. Many of the items we could move were free from the pumpkins anyways. It doubt it would affect the store much if any because as far as I could tell the items for sale now are not items that were given out in the reward bags. Most of us want the experience only those missions granted, not to spend forever trying for one or two cosmetic pieces. And spending time over in TSW was not going to take away from SWL’s event.

I say who cares if it is now November — turn on Samhain in TSW for a spell. And going forward, let the events happen throughout the year as long as servers are up. Doing so won’t detract from SWL.