Do not be alarmed.

Your brain is now under our control, but that is a good thing. You no longer have to worry about the mundane tasks of life; all you need to do now is party. Party hard, party with a purpose, party until you collapse and feed all of your life’s energy to our party vampire! 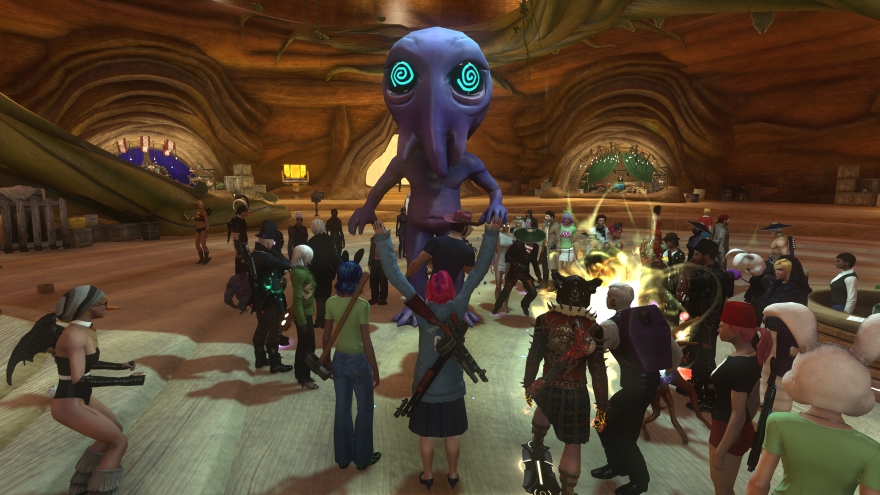 With Blizzard on everyone’s mind, our call for screenshots from the studio’s games brought dozens of responses. Mysecretid snapped this pic from World of Warcraft.

“Usually, when you get a ‘find the lost child’ quest, you’re usually looking for a kid in the eight-years-old range because, well, the game has character models for that. Imagine my surprise when my character was asked to find and retrieve a Tauren’s lost child, and what I found was a Tauren infant (calf?) in a basket. It made me laugh as my semi-brooding Blood Elf mage had to strap the baby-basket onto his back, and cart the little gaffer home.

“What you can’t see in the still pic, unfortunately, is that Blizzard had animated the baby’s face so that its eyes blinked in that wide, sort of stare-y way that babies look at things. Very clever. Very amusing.” 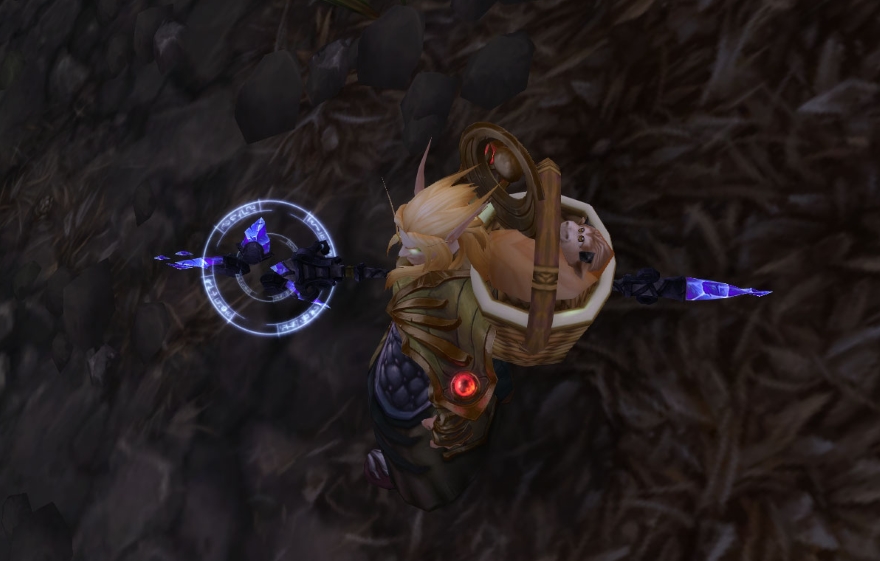 That too recent for you? Borghive takes us back to the earliest era of WoW, back when mounts were of the non-flying variety and apparently offered lifts to ungulates.

“This picture isn’t from a private server,” Borghive said, “it is legit from my vanilla days. That is my wife polymorphed on her mount, kind of weird bug that existed back then.” 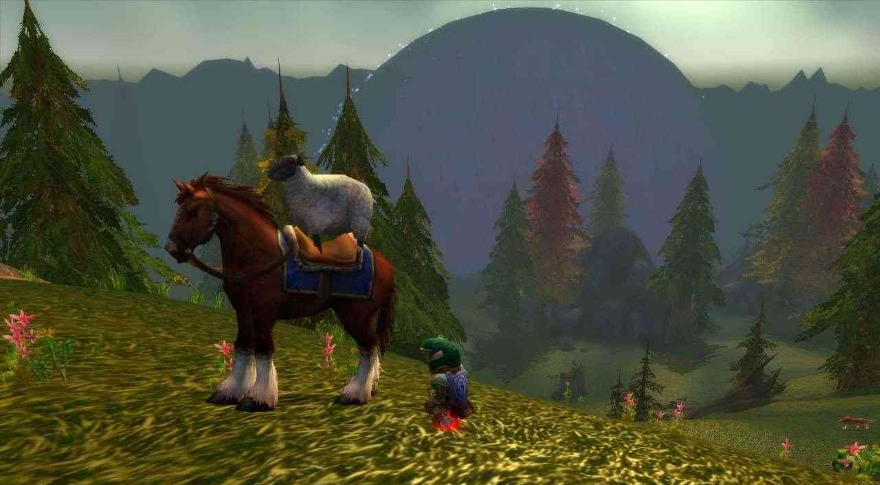 “I don’t play any Blizzard games, but here’s a shot of an actual blizzard I got caught in over in No Man’s Sky,” sent in CapnLan. “Complete with weird alien flying fish things that mercifully didn’t try to eat me. I mean, it’s technically a ‘blizzard’ game screenshot… right?”

Judges ruling on this one? Judges said that they’ll let it pass with a prohibition on puns for two weeks following the posting of this article. 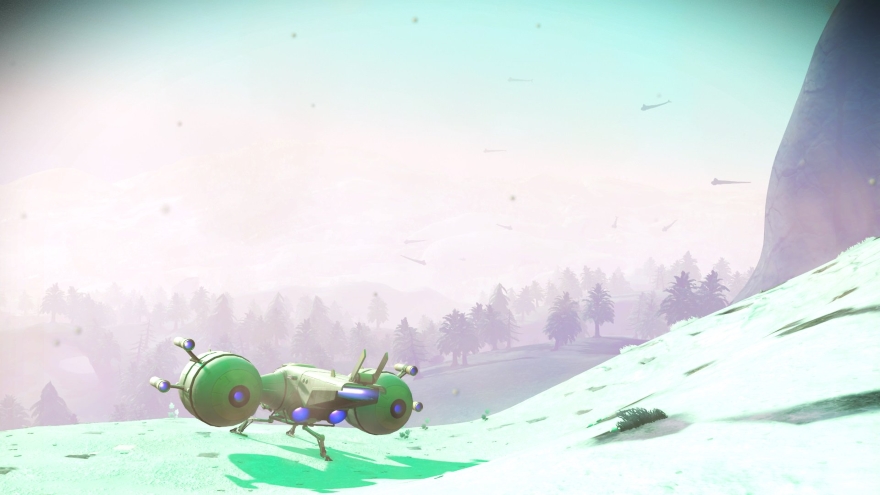 “Good screenshots are notoriously difficult for a game that can be so lovely to look at in places,” submitted Rees Racer. “There is no dedicated key for a shot in Destiny 2. Anyway, my Warlock finally has all legendary and exotic gear, and I’m deep into the grind to increase my power level. I’m not certain why I’ve not grown tired of it all, but precision gunplay means one-shotting with some weapons, and the game is just so gratifying on a visceral level. I’ve even had some decent games in the PvP Crucible, which is quite a shock. I think this helmet is a bit much, but I love my purple long coat and legendary hand cannon named ‘The Old Fashioned.'” 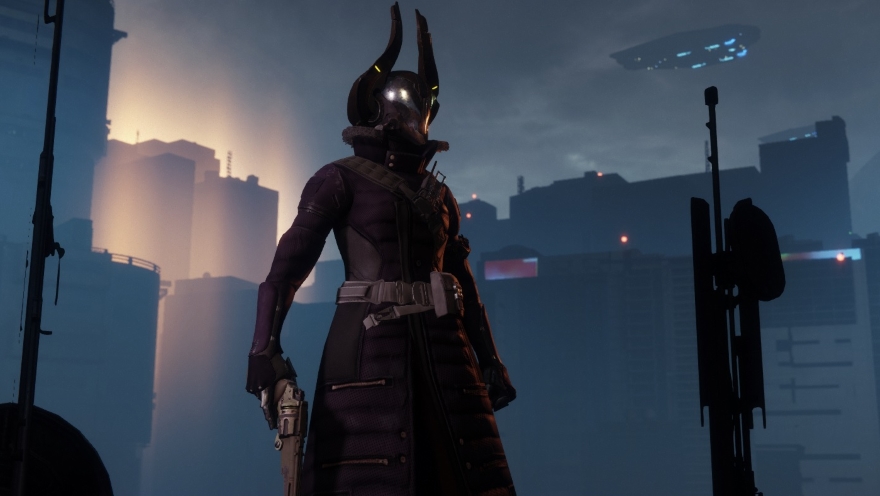 Welcome to the screenshot challenge! This week it’s do-or-die, so show us a picture of one of the most harrowing encounters or boss battles in your MMORPG career!

Thanks for the feature, Mr. Justin! I’ve got nothing this week, but it’s always good to see what other people are submitting.

That Secret World Legends “party pic” of Skoryy’s really did have “column header pic” written all over it, for sure.

I suspect it will pop up again on Massively OP, because it’s just so emblematic of the various forms of weirdness in the Secret World games.

FFXIV has the /gpose feature and mid-fight I had the inspiration to use it. And yes, my character was dead coming out of /gpose, but the screenie was worth it!

Ol’ Gummers gave me my first taste of fear in World of Warcraft even though I was five levels above him. His secret weapon? Being so damn big that I clipped inside him and none of my attacks were registering. I’m gonna need a bigger monk.

Oh, that old Sharky bastard gave me a rough time too, Hirku! I was happy when he died.

I’m glad you’re enjoying the underwater stuff. I was pretty impressed with it, myself.

Having a full underwater region is quite exciting considering the last few MMOs I played only let water get up to your waist or maybe even– *gasp*–your shoulders.

So, first, I don’t have my most harrowing moments capped. Those moments are hard to cap because, well, I’m not thinking “screenshot!” during those moments.

But here is one harrowing moment. This is the Sacred Longgui (don’t ask me how to pronouce it.) in BnS. This raid boss encounter is quite distinct because it is open to all who would try it. The confrontation can evolve in 6 stages, 1 being the easiest and 6 being the “wtf just happened, we are all dead!”

This is during stage 2 and the shite is about to hit the proverbial fan.

I have the same problem, Rafael.

Most”boss fight” pics I do have are crappy (gratz on getting a decent one here!) because the last thing I’m thinking about when something awful is trying to kill me to death is “Is this a good time for a selfie?” :-D

I was in a family-friendly, casual guild, so for me the most “harrowing moment” was trying to form a group for an instance.

Here I am in 2005 waiting for such a group. The other two gave up, but I’m sticking with it, and thanks to my regenerative troll blood I think I’m going to make it. (Some say she’s still there.)

Oddly, one of my worst guild experiences was with a popular “family-friendly” mega-guild — but I won’t mention them by name here, because I’m pretty sure their founders read MOP, and I don’t want to risk starting a “comment war” over your lovely pic!

Lol, sorry to hear that. Our guild was definitely not mega-sized but it spanned several games and AFAIK is still going. We had such nice people and a diversity of life backgrounds which made for really great chat. Instances weren’t our forte but some people (me, for example) were perpetually optimistic about what we could achieve.

Everyone who plays Warframe knows that FashionFrame is the REAL endgame. Here’s a shot of me facing the ultimate boss battle: Deciding what to wear on my Harrow warframe. It was a very…Harrowing encounter.

Also I reject your prohibition on puns. Ordis will not bypass this fault.

One of the most harrowing encounters?

Also this week: Well-dressed chaps in the desert, and the best ‘seriously, dude’ emote in the MMOsphere.

I’m not quite sure what I’m looking at here — but it’s funny! Thanks!

I have enjoyed the Manderville storyline. I was even laughing at the Laurel and Hardy-type antics watching a scene where they were running around chasing each other.

The maps I always liked to play the least in Diablo 3 were the ones located in heaven.

However playing them in 3rd person sneaky bow mode is fun in Warframe.

wow charr armour that doesn’t look horrible! :O seems impossible! it’s not true! i see through the lies of the jedi!