You know that moment when you just can’t take it anymore? I am there, right on the cusp. I know many folks have gotten to their “I can no longer support <insert name here>” phases for various games and studios for a variety of reasons, but I had never yet reached such a point in my own gaming. (That one studio doesn’t count because I never supported them in the first place.) And now here I am. I don’t think I can continue to support Studio WildCard.

That is definitely a shift for me. I have been an ardent fan of ARK: Survival Evolved. I championed the game pretty heavily: I have streamed it for over two years, I personally host two servers, and this very column was born largely on the back of ARK. I have almost 1500 hours of playtime, and I own the expansions. I had praised the game and Studio WildCard for a long while, holding it up as an example of things done right.

Then things changed. The accumulation of many remarks and actions that ate away at my trust was topped off by the way the studio shows disregard for its current customers, treating them as disposable cash cows. And then came the sequel talk this very week.

What broke my support camel’s back? The last straw was the studio’s latest demonstration of its direction. You might recall that I was pretty incensed back at the beginning of the year when it came to light that Co-founder Jeremy Stieglitz did indeed break his contract, a move that cost the company a ton of money that could have/should have gone into development. What made it worse for me was the flippant air in which he basically bragged about what he did and defended it by saying it was “almost a moral obligation” to break his legal commitments and make the game. One response I heard to this was, “Oh yes, he had a moral obligation to violate his contract and expose his new company to millions in lawsuits because video game dinosaurs.” As a person who holds morals in high regard, I find the “morals” exhibited here are anything but, and that is problematic for me. The word does not mean what he thinks it means.

The particular statement that has the distinction of being the last straw was posted by the community manager on the official forums on Monday. The CM wrote, “With the unprecedented popularity of the game, it would be a disservice to not expand on that through a sequel.” I had two problems with this. One: A sequel? The original game hasn’t even been fixed, and there are two more expansions due — one of which missed its scheduled launch once already. So what about pouring ideas and work into fixing the first game first, and then doling it out to the expansions that many have already paid for? There was an answer to that in the very same posting:

“People may ask why expand through a sequel rather than more expansion ARKs like Scorched Earth or Aberration or the yet unrevealed third expansion, and the answer to that is simply a matter of efficiency. Our developers have learned a great deal when it comes to game development through the years of developing ARK as well as from handling porting the systems over to consoles; a good amount of work done has been applying those new fixes to old code and trying to make sure that the whole thing doesn’t put buttered toast onto a cat in the process. With a sequel, development could be further streamlined and made more efficient by not having to isolate old functions and trying to make them compatible with new discoveries. This could hopefully turn things around, as it’s no big secret that our release estimations are less accurate than an imperial storm trooper shooting at rebels.”

This answer sounds suspiciously like the devs are saying the current game is too broken and don’t want to waste time on it. After all, they could make a new product with less effort and get more money out of folks quicker than wasting time trying to make the current game actually work. Why put time into fixing the original and making more expansions for it… I mean other than the fact people have paid for these products? It feels like the whole paragraph could be summarized with, “We’ve got your money, but we want more, more, MORE!”

The discussion that precipitated this response was about a dev comment that a sequel was something the team was thinking about for a year or two down the road. So no, this isn’t something they are making right now. If that is truly the case, then great: a sequel in the future. Except, the first game seriously just barely launched this past summer! And more than that, haven’t we heard before that they are working one one thing (say fixing the bugs and optimizing ARK for launch) and then it turns out they were spending time on something else entirely (like the Aberration expansion)? I do believe this happened more than once, so even if they say they are not working on it, I can’t really believe them.

And if, as it was emphasized in the post, no plans are actually in the works for a sequel, why turn attention to it now — especially in light of the unfinished nature of all the current products? We want your attention on fixing what we have and getting out what has been paid for. That brings me to my second problem with that statement: The real disservice is not providing the best game you can for those who have been funding your development. 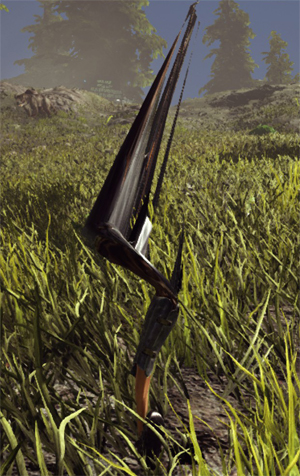 It’s all about the cash

I totally get that games need to make money. I am all for it… just not by any means possible. And the actions of Studio WildCard feel like it is all about the money to them. Plenty of veteran players feel dismissed and/or insulted. Remember the WildCard dev who called players cheapskates for not wanting to spend $20 on an expansion for an unfinished game still in early access? Yes, he apologized after the community made a ruckus, but is that sentiment of money-before-players gone? Is this a company that is trustworthy? Lets look at the studio’s track record:

I don’t know how far in advance that Steam sale on the season pass was set, or how much control the studio had over it, but it bothered players. Granted, the sale on would have hit after launch had the expansion launched on time, but it didn’t. Did anyone really expect it to? In the quote above, WildCard admitted, “It’s no big secret that our release estimations are less accurate than an imperial storm trooper shooting at rebels.” And what about raising the price so much when it launched? Yes, we knew it would raise some, but up to $60? Studio WildCard Co-Founder Jesse Rapczak told gameindustrybiz.com it wasn’t about greed:

“It’s tough because we actually, as a company, make more money selling it at that lower digital price because there’s not all of the cost of goods and all of the shipping costs and taxes and retailer fees,” he comments. “So when people look at the increased price, they might be tempted to think, ‘Oh, these guys are just trying to get extra money or whatever.’ But, actually, the opposite is true. More people buy the game when it’s lower priced. At retail, of course, we’re taking home what might be less than that lower price on digital normally. But, the flip side is, retailers won’t put it out there if it’s that cheap… because it wouldn’t even be worth it to them.”

But wait, since players still buy the game digitally, such as on Steam, and since it was raised just as much (you know, to be fair compared to the retail versions), doesn’t that mean more profit there?

These things add up. There are other little bits all throughout the development, things that always seemed geared toward future paying customers than those who already ponied up. And now “talk” of a sequel right after the original launched — in its buggy, unoptimized state no less? Chasing the almighty dollar sign caring not about the methods used to get it, that is just too much. I can’t really support that way of thinking. It’s like they got drunk on success, forgot about the game we all bought into with them, and don’t care who they hurt while going after what they want. And what they want appears to be money, not following through with completion of their game.

Am I done with ARK? I can tell you I will not be buying any sequel. Will I still play those versions I’ve bought, even those that aren’t out yet? I am not sure at this moment. I can still play offline and on my servers with friends, and I can’t ignore that streaming is a part of my job. But I am considering not giving that kind of support either.