END_OF_DOCUMENT_TOKEN_TO_BE_REPLACED
Those players who were looking for consequence in their Star Wars: The Old Republic storyline can, I’m glad to say, look to Knights of the Eternal Throne to get it. Although the Vaylin side of the story will remain virtually unchanged regardless of the player’s choices, it’s possible to lose multiple companions, and there is even one choice where you have to choose one companion over the other. However, the quality of the story really hinges on how much you like or dislike Valkorion’s family. They are a bunch of rich brats doing bratty things, so on a personal level, I couldn’t care less about them.

For this specific reason, it’s time for BioWare to tear down the Eternal Empire.

I don’t want to imply that writing for an MMO is easy by any stretch of the imagination. In fact, creating a compelling storyline in an MMORPG is probably one of the most difficult jobs in all of games writing. The games that have done it well have usually resorted to telling a single-player story as an integrated part of a multiplayer game. SWTOR is probably the prime example, but Elder Scrolls Online, Guild Wars 2, and The Secret World do the same thing with varying degrees of success. Probably more than the other games, SWTOR attempted to make the story extremely personal.

The core game gives the players eight different story choices that coincide with the class choices. On the next level down, dark and light choices create a deeper personal story. And lastly, we have choices that aren’t related to dark-side or light-side but rather have to do with character personality. These choices in the main story don’t even touch on the romantic choices players have with their companions. These choices are far from perfect, but the idea is to make your character belong to you.

I don’t want to give the impression that it takes multiple storylines to make the game better. One of my favorite BioWare games, Mass Effect 2, pretty much has one story. The plot begins and ends pretty much the same way regardless of your choices. Of course, there are “good” and “bad” endings to Mass Effect 2, but the throughline is the same. And I have played through that same story at least a dozen times without losing interest in how things will turn out. 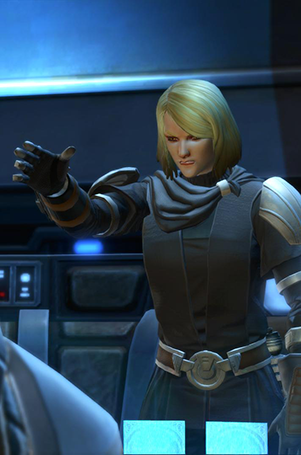 Where it fell apart

I believe the “Knights of” expansions lost that intimacy, sure. But I think this lack of intimacy really began before those expansions. I believe that it started with Shadow of Revan, but we were too caught up in the all the flashpoints and operations and nostalgia to notice that a key element of the story was missing. And the two key figures behind that loss are the true protagonists of the “Knights of” expansions: Lana Beniko and Theron Shan.

With the introduction of those characters, you became a figurehead for their kingdom. You were reduced to a meat shield on heavy missions and an orator for speeches. The only real choice that you made during the whole series was to kill or spare Jorgan and Kaliyo, and in the grand scheme of things, that was not a choice with a deep personal impact. Over the last few years, we have watched someone else’s story play out.

This is why the current traitor storyline has very little personal impact. The traitor didn’t betray you; he or she betrayed something that didn’t really belong to you. 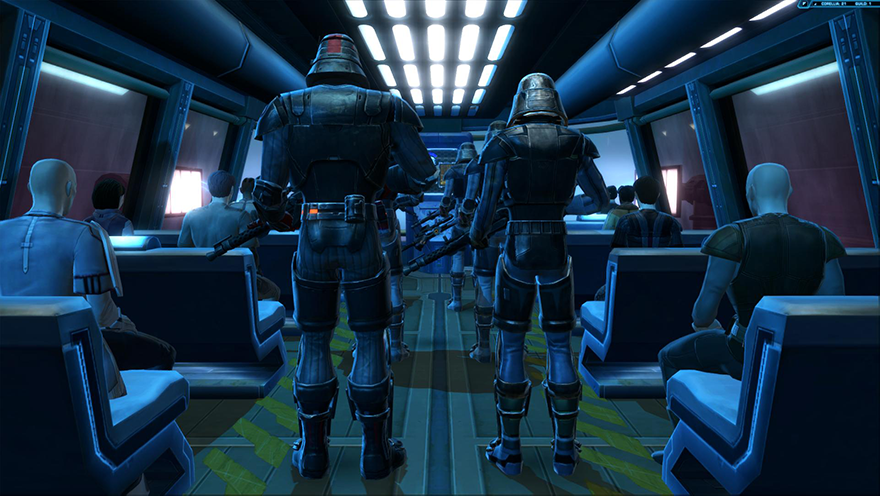 It’s possible to take the existing story and make it personal again. It’s possible for BioWare to do a kind of historical reset by destroying the Eternal Empire, and the best way to do that is to make the scope smaller and make the stakes bigger. You have 30 or more disposable companions and some that are waiting to come back. The player needs to lose some. And by some, I mean about half. The player character also needs to lose the Eternal Empire. He, in my case, needs to choose to fully support the Republic or the Empire.

The story already has a major divergence based on the Iokath superweapon; BioWare needs to embrace that and take it to the next level. I enjoyed the stories on Makeb that were completely separate depending on your faction. I would definitely love to go back to that, but barring time restraints, a story that has nuances that are different would be fine.

How do we get to the point where the Eternal Empire is no more? Give it to Lana Beniko. After all, everything that you’ve done from Shadow of Revan on was her doing. She is the mastermind. Have her be the real traitor who tears down your kingdom. Then when you are ousted from your own Empire, a handful of your most loyal companions would come with you, and the story then becomes a lot more intimate. It becomes about you attempting to remake your place in the Empire or the Republic, which is what made the launch stories so much more interesting.

Of course, there are many alternatives to this, and these are just my thoughts. Let’s speculate a bit. Clearly, we need the player character to lose big so that we can build him or her up again. How would you do it? Let me know in the comments. I’ll send my favorite a Master’s Datacron level-up token and equipment so that you can play through the vanilla stories at max level. (I’ll give it two days before I pick my favorite. I’ll let you know which one it is in the comments.)