BioWare has been unusually quiet about its upcoming Destiny 2 killer, Anthem, since the title’s initial announcement this past summer. And while nothing official has been stated, some fans spotted an interesting detail at a company party that might indicate that virtual reality is in the game’s future.

The picture in question shows a BioWare party in which a cubicle wall in the back appears to have the words “Anthem VR” on the side. Now as someone on Reddit pointed out, this doesn’t confirm anything, as there could be several explanations for the photo. Someone claimed that this was simply an internal VR booth set up for the party and wasn’t indicative of any actual VR software being designed for the game.

Still, it’s interesting food for thought as we continue the wait for the company to talk more about this multiplayer shooter. 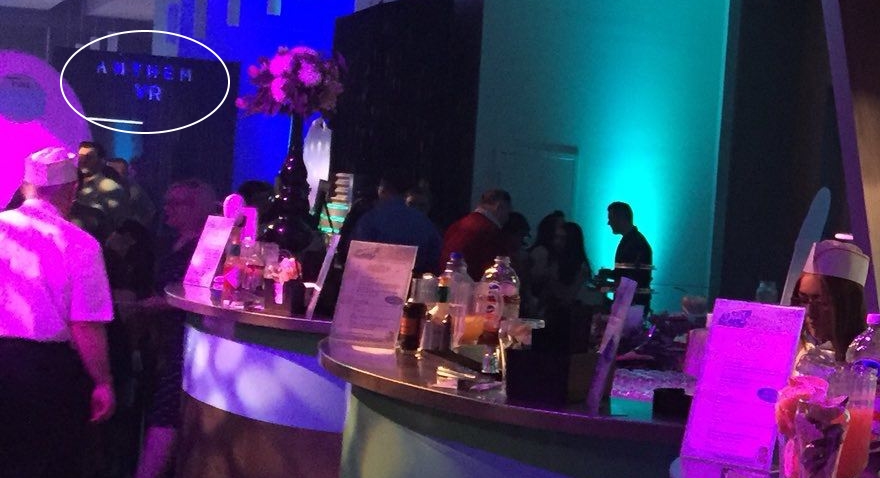 I love the idea of this game – the world looks awesome, I love the creatures and the supposedly freeform exploration.

But, it’s EA and Bioware, so it’s going to be a massive let down. There’s just no way around that. EA aren’t capable of releasing good games and Bioware isn’t Bioware any more, only the name is left.

I am really really REALLY trying not to get my hopes up for this game, I know its going to be shit but I can’t help it I love metal suits and it has dinosaur type things.

Brace myself for let down

Yeah, I doubt it’s going to really support VR. Nice in theory but don’t see it happening. Besides, opening my lootboxes in VR is probably going to be as exciting as opening them in non-VR. That’s if this game is actually coming out.

I’m seriously worried about the state of Anthem.

This AMAZINGLY well-done, in-engine video shows up at E3 (that’s 6 months ago now) and then everything goes radio silent. In theory, this game is launching in less than a year, but there’s absolutely no information coming out of… anywhere.

Conventions come and go with nary a peep from EA or Bioware — two companies that are forces to be reckoned with, regardless of how you feel about Mass Effect 3’s ending or Andromeda’s character model animation.

There’s no development newsletter coming out highlighting the game systems that are being developed.

There are no developer diaries talking about what you can do in-game or fleshing out the lore.

These kinds of persistent-world games typically have YEARS of lead-up to their release. You get to deep-dive into the world before you even see the combat systems in action. You frequently get to learn about important NPCs and your personal relationship with them before seeing their in-game character models.

But for a AAA persistent-world, team-based shooter to be releasing in 10-ish months and have ONE YouTube video on the official channel? That isn’t a good sign. It feeds into the rumor that the development cycle has been fraught with problems and changed direction multiple times.

For now I’m remaining cautiously optimistic, but I also wouldn’t be surprised if the game is unilaterally cancelled at this point and Bioware is shut down. This is EA we’re talking about, after all.

Ehhh, I’m sure the game will still be made it just likely won’t get a 2018 release.

I don’t think there is going to be a definitive “year of VR” per se, I think it’s a snowball that will just keep picking up size and speed. Not long ago there was 1 “pro” visor for the PC. Now there are at least 7. There was Cardboard for smart phones, and now there is Gear VR, Daydream, and a slew of other ‘dumb’ visors for your mobile device. We have ‘hot pocket’ commercials depicting VR gaming. The zeitgeist is here, the genie is out of the bottle. People want higher resolutions, greater comfort, lighter weights, less tethering. All those wishes are being met – albeit somewhat incrementally.

Good times ahead. ARK Park looks stunning in VR from what I’ve seen. Can’t wait for that one.

To be honest, after battlefront 2 EA has a big challenge ahead of itself.
Many gamers including myself had lost every bit of trust in them, and let’s face it most of us were already on the fence before SBF2.

The only way publishers will learn not to mess with us is by not buying anything from them.
This is also the reason I am not pre-ordering any games that fall under Take two.

2017 was not a good year for gaming in my opinion, as it was plagued with controversies.
At the moment the only games I bought was FF14 expansion , Eso Expansion and Euro truck sim 2 dlc …

Lootboxes are not the issue for me, it is the fact that they are turning towards P2W.
I don’t care about skins, mounts and etc.

The TV set goggle adorning sect will get very upset at that! o.O

We prefer the term “acolytes” :)

Considering how shallow Destiny 2 is and the pervasiveness of loot boxes, I may just skip Anthem all together. I love BioWare for single-player RPGs, but from the looks of it they won’t be making any for a while assuming EA doesn’t close them down first.

I’ll hold my concerns about Anthem till they reveal more. That being said…EA…

It’s not unlikely that a VR version would be single-player. That’s easier to manage still.

I wonder how many Loot Boxes it will have.