END_OF_DOCUMENT_TOKEN_TO_BE_REPLACED
Well, 2017 was interesting. It’s not often that your favorite game starts off as one game at the beginning of the year and then ends as another game — all while still being the same game. Sure, updates and expansions make changes, but major overhauls aren’t as common. And setting aside the original and remaking it even less so! But that happened with The Secret World, which morphed mid-year into Secret World Legends. It’s the same game, but not. Confused? Even if you’ve been following the game(s) semi-regularly, it’s easy to forget or miss a few details. And if you are new to it all, no one would blame you for not being in the know as to what all has transpired.

In 2016’s year-end retrospective, I noted, “Not going anywhere is better than going away!” We didn’t know how prophetic that statement would be for TSW. For 2017, I can follow that up with, “Going where it did is better than going away!” This past year was obviously a big one for the Secret World IP. It’s also been rough, stressful, and ultimately rewarding. Here’s a look back at it.

It isn’t a stretch to say that by the start of this year, many TSW fans were feeling that the chances of getting new content was slim. It was sparse enough throughout 2016, having all but petered out in spring. Of course we were all yearning for more story, and we knew Season 2 existed in written form even if it wasn’t fully developed. I blame no one for losing hope in ever seeing this content in TSW. (Turns out they were right, but that is getting ahead of ourselves a bit.) Then came February.

Hope at last, hope at last! Funcom announced that The Secret World would be relaunching. We were told that the combat that many complained about would be revamped, and other changes and fixes would improve the game. That all sounded positive. The remark about all story content being free also sounded positive on the surface, but then you wondered: What would this payment model be? Could it keep our favorite game alive? Frustratingly, more information about the change wasn’t very forthcoming, so speculation was what we had. At least we wouldn’t have long to wait, since the relaunch was in March.

The first big change we saw in March was the addition of a new community manager to the Secret World team. Adding more staff is a yay! As the days of the month ticked by with still no information, it was looking very unlikely that the relaunch would make its launch window. And then right at the end of the month we get the big news: The relaunch isn’t happening. Instead of a relaunch, we were getting a complete reboot. The Secret World was transforming into Secret World Legends. Things were definitely a-changin’. 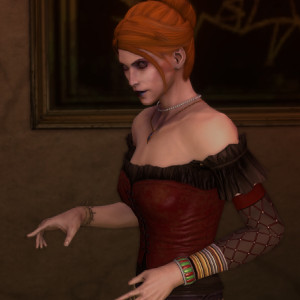 Checking out the changes

Even through Funcom offered FAQ for this huge change, there were many more questions, which were answered in part during various exclusive interviews with Game Director Romain Amiel. We learned that TSW would not be turned off but just put in maintenance mode with no future development. To get new story, players had to move over to SWL. And by move, devs meant start over. Yes, we learned that every player had to remake in the new game. This, obviously, did not set so well with a number of players; many folks spent years building up their characters with gear and cosmetics.

As bad as that news felt to fans, we also learned it had to happen — both the reboot and the need to remake. Without the reboot, the IP would just be shut down and be lost forever. And Amiel emphasized that SWL was different enough that there was no possible way to transfer characters. Good news at least came in the form of the announcement that all TSW players would be getting all weapon unlocks for free in SWL. Additionally, many of the cosmetics, pets, and sprints would also be transferred.  There was also the chance to reserve one of your characters’ names for the reboot.

Still there were many questions, and many worries. People needed to see and understand what was happening. March then ended with the beginning of the Legends beta. You’d think that beta would help diminish the problems, but they seemed to escalate a bit instead. Being a TSW player did not entitle you to getting in the SWL beta, which really rankled a few folks. (TSW folks weren’t invited en masse until June 9th; before that it was by email invite only from sign-ups.) Within days there was a NDA leak that sent waves throughout the community. The beta was far from complete, and the changes pretty drastic in the eyes of some. Yet many still couldn’t see for themselves and that only heightened concerns. The devs then did a stream the next day to show off some character creation, tutorial, and combat changes. Info trickled in about weapons, UI changes, how to unlock stuff in free-to-play mode, and more as the weeks went by. I even finally got a beta tour for a peek inside to share !

Devs may have still hoped for a spring release; they technically only missed it by a few days with the June 23rd head start and June 26th launch. (The Steam launch, however, was delayed until July 31st.) After a half year of stress on both the parts of the players and the devs, folks could finally get in and start playing for keeps. That didn’t mean it was all smooth sailing, though! News about patron benefits wasn’t revealed until the head start began, the SWL launcher overwrote the TSW game files forcing folks to have to restore in order to log back into the original, customer service experienced some troubles and limitations., and Tokyo wasn’t even in at launch

But through all the bumps, all the slow trickles of information, I feel that the devs have been listening to concerns and working hard to provide players a better experience. This is exactly what gives me hope for the game! For example, plenty of changes were implemented based on player feedback right at the start, such as veterans getting three character slots, improved patron benefits (twice!) and weapon unlocks, more inventory, auction changes, and more. Of course, it would have been preferable is such things were worked out in the beta, but at least they were worked out. Currency exploiters were quickly banned, and The Whispering Tide event was adjusted quickly to play better. As time moved forward, the conversion of Funcom Points was finally addressed; it was way later than what should have happened, but it was worked out and devs even implemented a compromise suggested by the community to the problem the conversion plan created. And one day after the raid update happened, the team adjusted controversial lockout timers.

In July, the audience grew as SWL launched on Steam, but that came with its own confusion, as players had to take extra steps to ensure their game client was on the platform they wanted after some were automatically converted.

August saw something unexpected with the announcement that Johnny Depp had the rights to produce a Secret World Legends television series. That was pretty fun news, and fans hope to see it come to fruition.

July saw the release of the first part Tokyo in game, with the rest coming in September and the revamped Orochi Tower in October. And throughout the summer and fall new systems have been implemented, including the build manager, the emote window, mission inventory (and better stacking!), talismans, the anima allocation system, and other QoL improvements. Three big events also happened (which also improved along the way): the one-time only Whispering Tide, Samhain, and Krampusnacht. And all this is great, but we admit that we more than improvements and events, we want more story!

Now the game — this version — has been out six months, and it has already changed. It has improved. But folks are more than ready to get to season 2 of the story. Devs themselves started the hype train back up in November when Amiel started teasing aspects of it on Twitter. And I was boarding. Would we see the new season soon? I think it really is going to happen thanks to the relaunch. My reasoning is based mainly on two things (no, not that the game laid out a roadmap and the executive producer assured that story content was planned for years to come in July). First, it is because the game is definitely receiving development love, and it is taking cues from the community. I can’t be the only one that feels that SWL has gotten more attention and work on it than TSW had seen in a while. Second, in November Legends was openly credited as contributing to the third consecutive quarter profitable quarter for Funcom. Those are good signs! A game that brings in money is a game investors want to keep around to keep bringing in more money. And to do that, they need to keep building it up.  (OK, it also didn’t hurt that former lead writer Joshua Alan Doetsch had been back in the studio and appearing on SWL livestreams noting he was doing a little work there!) 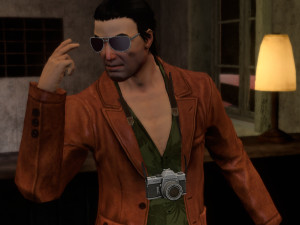 As much as I want more story, I do also hope QoL and other improvements keep coming. I personally would love to see players be able to trade between their alts via special bank or mail or something instead of all of us having to sit alone in our own personal cabals to utilize the bank there. (A way to toggle those mission barriers would also be super spiffy!)

I am more enthused about 2018 for Secret World than I was for 2017. Things are definitely on an upward trend, and that’s so much better than stagnant — or flatlined! It’s going to be an exciting year, and for that I say thanks to all the devs and folks who worked hard to make sure we still had a game to go to. It may not be a perfect world, but it is our Secret World.