I didn’t intend to leave Star Citizen off my personal list of most-anticipated MMOs this year, but I think it’s the first time in several years that I did so. It’s not so much that I’m not looking forward to it – I am! – but that I don’t see the point of getting my hopes up when it still feels so far away from being feature-complete for all the things I want to do in that world. That, and it turns out I have a giant list of other MMOs that are much closer in space and time that just bubbled to the top of my excitement list. This is a great thing for the genre!

If there’s one that used to show up in my list every year but no longer does, even though it’s still technically alive? Probably The Repopulation. Sigh. That reminds me, I’m going to go listen to Sentience again.

What MMOs are you no longer anticipating that you once were?

Probably Amazon’s New World. Seems like there’s been no news since it was announced, which had hyped me up at the time.

Oh, crap. I knew Smedley was hired (which irritated me as I’m an Amazon stockholder) but I didn’t think he’d been put in charge of NW. Well, I guess I’ll cross that off the list.

I feel like a big *shrug* pretty much sums up my feelings on the multiplayer space right now as is (MMOs included). But at the end of the day, it’s still not you, it’s me. I have piles of single-player stuff to play, and if I can just make myself kick the MMO comfort food habit, I’m getting excited about playing those games.

I stopped being hyped about the next big thing and started playing alot of older games. Half of it was because I had an old craptop and couldn’t play any of the newer stuff. But, now that I have a decent computer, I’m still not jumping on any more hype trains. Honestly, its better for my wallet since I’m not buying any more more “early access” and ‘founder” packs.

That said, to answer the actual question. I’m no longer looking forward to The Repop. I was $15 backer, because I was looking forward to the SWG type game. I’m super confused as to what is going on with the game. But, it’s cool because once I get some free time I think I may just dip my toes into an actual SWG game and play on the emulators.

For one I was very interested in Bless when it started to show early on. Story-driven MMORPG gameplay? Yesh… Now… All this hoopla with calling it off, relaunch… Too many interesting games to anticipate, this one gets a pass.

Star Citizen. No, not joining ‘they are a fraud’ nor ‘they are best thing ever’ crowds. I saw what I need to see, that’s it. It’s not going to happen soon. Not reason to be giddy about it. I will join when it is due.

Repopulation you mentioned striken off my anticipation list a long time ago. It is good game and I can even play it… But I no longer interested. SWG-like project would have been great, but… Again, too many good things approaching.

On the other hand I am very interested about Monster Hunter World. It was long time since I had such pure curiosity towards a game. Yeah, I know it is ‘what you do NOT anticipate list’, but it felt right to mention something I want after reading those comments. Ain’t right all this ‘I no longer want anything, muh-muh-muh…’. Really? It’s like at least ten of them goooood.

For you Caddy Shack fans out out there my sense of it is: 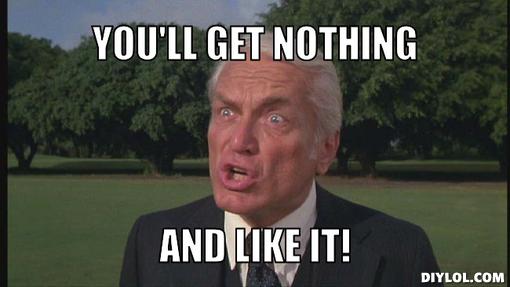 Hmm. Well, I really can’t say Repop, because for me it has been out of the picture for so long (ever since sabotage the project early on) that I can’t say that I anticipated it.

As for other stuff? Meh. Sadly, I’ve become jaded. There are a few, a very small few Lol, games that I have an interest in. But gone are the days of anticipation, I’m afraid.

Well….this seems to sum up our community attitude about the future: 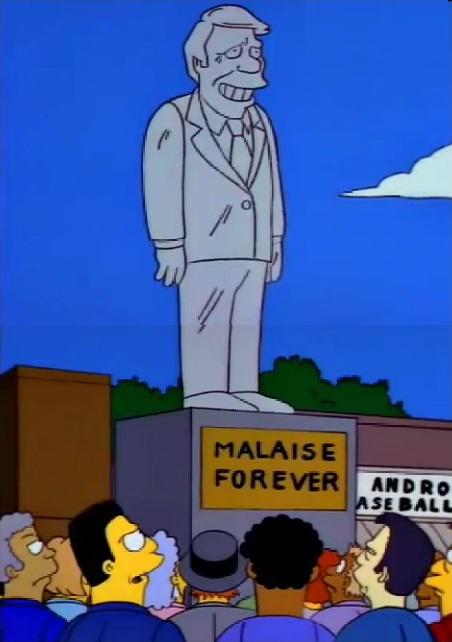 Nice! You might be our new Schlag. Not that anyone can be Schlag, but we will need a resident meme expert to carry the satirical torch.

I can only find and post images. I am completely lacking in Schlag’s artistic skill.

I can’t really answer that question because I don’t think I’ve genuinely been hyped for a MMO since Vanguard. The best I can really manage these days is mild interest. So I’m mildly interested in any developments among the smaller indie titles – Pantheon, Lucimia etc – and of course, CU. Maybe that will turn into anticipation next year.

I don’t even know what’s even being forecast to release this year for MMOs. Most anticipated stuff is still working on getting betas or alphas out.