END_OF_DOCUMENT_TOKEN_TO_BE_REPLACED
In case you missed it, a couple of weeks back there were a couple of spoilers datamined from the testing files that seem to point in one direction for the next chapter of Elder Scrolls Online. By chapter, of course, we mean the next Morrowind-tier expansion, not just the regular and ongoing DLC and updates. And let’s be honest, we have long suspected that we would eventually see the location mentioned in that article open up as an explorable; it was just as obvious as Morrowind itself. But it’s not the only possibility! There are other more interesting locations that could eventually be on the ZeniMax agenda, either this year or beyond.

As I speculate on the possibilities for the next chapters and what these locations have to offer, imagine what would be the most interesting story and offer the most potential for content. There is also the aspect of nostalgia and attachment to new players that have to be considered, too; after all, one of the reasons that the Morrowind chapter worked so well was because of its strong connection to Elder Scrolls III.

If we look at the map of ESO as it currently stands, thanks to the Unofficial Elder Scrolls Pages, we can see five major areas that have not been filled in yet. Those areas could probably be separated further, like the east and west banks of the Nibenay Bay. The Nibenay Basin and the Blackwood on the east side and Elsweyr on the west. But those are not the most likely areas to open up next. I’ve narrowed my picks down to three.

Let’s be honest, we know it’s coming eventually. Elder Scrolls V was probably the franchise’s biggest and best seller. There is no way that ZeniMax Online Studios isn’t going to attempt to capitalize on it. However, is it the right time?

For the three people in the universe who have not stepped into TESV, here’s the short version: The land of Skyrim is bordered by mountain ranges on three sides and the Sea of Ghosts on the north. The Veltohi mountains to the east separate Skyrim from Morrowind. To the south, the Jerall Mountains create a natural border from Cyrodiil. And the western border is marked by the Druadach and Dragontail ranges. We already have parts of Skyrim in ESO. Eastmarch, including Windhelm, can be visited in ESO, but the majority of the western side of Skyrim is off limits. This includes the city of Whiterun and The Reach.

There are many people who want to see what Skyrim is like during the time of ESO. But during this timeline, there are no dragons roaming the land. This creates a large hole in the attractive features of Tamriel as far as adventuring is concerned. Of course, there are other stories that can be told, but in the scheme of Elder Scrolls stories, they are more generic. Plus, we are still riding off the popularity of TESV, believe it or not. Releasing a Skyrim chapter in ESO might be too much until TESVI releases. So it could happen, but it’s low on my list. 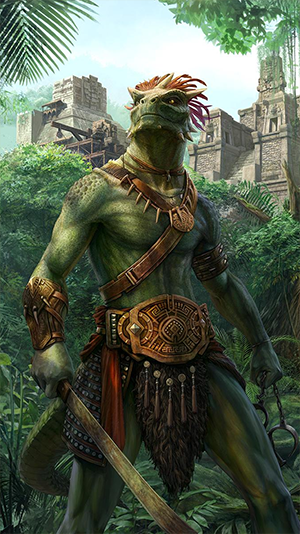 We have never really been to Black Marsh since Arena, and not many people have played Arena. A trip deep into Argonian territory would be a new adventure for just about everyone. We did get a taste of Black Marsh when we visited Shadowfen and Stormhold, but there are other cities that could be explored, too.

Black Marsh, if you didn’t know already, is the home of the Argonians. It’s bordered by the Padomaic ocean on its east and south sides, and the Blackwood and Deshaan Plains make up its western and northern border respectively. As I said, we can visit Shadowfen, but that is an extremely small part of the region. The heart of Black Marsh is Helstrom, and we know nothing about the city during this timeline expect that its walls were in penetrable by the Empire or any other invading force. There is also Archon on the southeast coast, a city where Shadowscales are trained.

Personally, I like the idea of diving into Black Marsh. The culture and history surrounding the Hist would be an interesting story to tell. We just don’t know a lot about it other than a call from the Hist can literally save the entire race of Argonians. For me, it’s intriguing how all of it works. If I were to pick which zone would be at the top of my list for the next chapter, I would choose Black Marsh.

The Isle of Summerset is another area we haven’t seen since Arena. And pretty much everything that I said about Black Marsh can be said about Summerset with the central focus being the Altmer and their history.

The Isle of Summerset is the large island to the west of Auridon on the west side of the continent of Tamriel. If the more recent maps are to be believed, it’s slightly bigger than Vvardenfell, the land mass introduced in the Morrowind expansion. Some of its main features include the Crystal Tower, the Temple of the Mad God, and the capital city of Alinor.

I like the idea of traveling to Summerset, but there is one thing that is holding me back from fully endorsing it as the next chapter: Elves. I don’t mind elves. The Aldmeri Dominion was the faction of my first character. But we just got a chapter with Elves as the central figures, and I’m not really interested in getting another, even if this time it’s high elves rather than dark.

Unfortunately, if the datamined information is to be believed, Summerset is the next chapter. The hero of the game is given a quest to speak to an Oracle, and to make a long story short, the Oracle sends the hero to the Isle of Summerset. I guess it is possible that this could be the introduction of a new dungeon, but that’s unlikely.

According to the evidence we have, Summerset will be the next chapter for ESO, but do you agree? Would this have been your choice, too? If you could pick a place for the next chapter of ESO, what would you pick? Let me know in the comments below, and I will see you again soon.

I have a secret 4th but since it is really unlikely I don the usually include it but that would be Akavir.

Just play the Clockwork City quest line and you know it is going to be Sumerset just from the ending of it.

Aye it shall come from the depths of thy wallet!! Only to crush the hearts of many!!

I’d like Skyrim, but I am with others on Summerset. I remember when Morrowind was just an announcement on BethSoft site they had mentioning of TES IV: Summerset with ‘command you own armies, make a dinasty’ kind of plans.

Personally, I’d like to see more of Elsweyr than what we see in Reaper’s March. Granted, that might be tough with the Knahaten Flu being the equivalent of the bubonic plague in the area at the moment.

As far as the next DLC chapter, I’m also looking forward to seeing Summerset, since it’s an area that’s never really been explored.

I’ve never played any of the TES single-player games (I was too busy when the first came out and never followed up with any of the sequels), but I love ESO. So I’m open to anywhere they decide to go next, although Skyrim and Black Marsh sound the most interesting.

I’m happy to visit Summerset, and I think it’s an opportunity for Zenimax to redeem themselves after some disparaging remarks made in an AMA before launch: When questioned about the relatively mundane High Elf architecture in-game versus the fanciful descriptions in the lore books of other TES games, they said that you can’t make buildings out of poetry.

Well, their building skills have definitely leveled up over these past years, as evidenced by the DLC areas like Abah’s Watch and the Clockwork City, so I think they’re ready to pick up their poetry bricks and get building!

Anyway, while I think Summerset is where we’re going this year, I’d really like to see them fill in the gaps between our current zones. If they just add southern Skyrim (Whiterun + Falkreath) and the Colovian Highlands (basically all of western Cyrodiil), it will almost be possible to walk the circumference of Tamriel without ever getting on a boat or wagon. It’d sadly take a few more additions to connect Elsweyr and Black Marsh, but just to have the option to make that epic journey is one of my fondest dreams for the game.

I’m wondering, wherever the next single-player Elder Scrolls game is set, will that make that area:

Less likely to appear in ESO?
I can see Bethsoft not wanting the online game to steal the main series’ thunder, and ZOS could hold off so they can adapt the art assets made for the new game. Many Skyrim assets were imported and upgraded for ESO’s Nord areas.

More likely to appear in ESO?
To exploit cross-marketing opportunities.

Regardless, I’d like to see more of Elsweyr. And a single-player game set in Valenwood, which I’ve been fascinated by since reading “A Dance in Fire.”

I’ll be surprised if Skyrim isn’t the next expansion after the Summerset isles if that is indeed our next destination. First morrowind then Summerset (Oblivion xpac) then Skyrim.

As someone who loved Oblivion and thoroughly enjoyed the lore of the Summerset isles it would be interesting to see ESO’s take on it.

I thought they had datamined Summerset Isles already, no?

that, and it is mentioned in during an achievment “quest” from the last DLC

Catch up on World of Warcraft’s overall story arc in just...

The Daily Grind: How do you feel about the new Daybreak...

The Stream Team: See the Sunken Sewer in Dungeons and Dragons...