Who says subscriptions are dead? Not Star Citizen. The alpha MMORPG has long taken a page out of the Pathfinder Online playbook by offering a subscription service for backers.

But PTU players were apparently sent an email blast this week with the “special announcement” that by “popular request, first-wave PTU access for all Subscribers is now a permanent perk for 2018,” meaning that if you want to be sure you get in to the early test server and get in early, you’ll have to pay for the privilege on a monthly basis, and the thousand bucks you’ve put in on ships doesn’t count.

It does not mean, note, that you can’t play the alpha without a sub; you’ll just get in during subsequent waves – and of course, you can still play the current stable release. Nevertheless, the word “paywall” has been kicked around as people express annoyance with the new status quo. 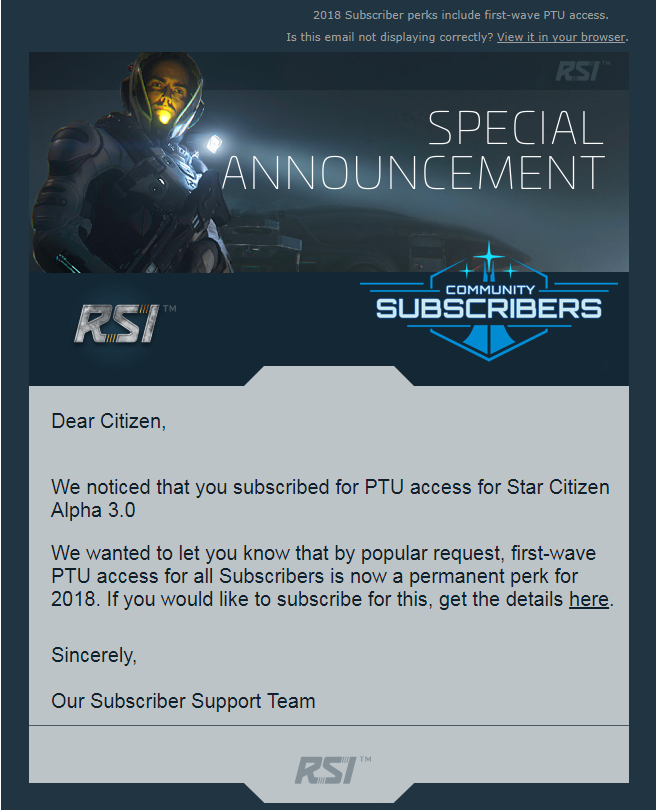 In other news, during yesterday’s subscriber town hall, CIG confirmed that 3.0.1 is indeed in the works. (It’s at about the 50-minute mark.)