South Korean games publisher Netmarble posted its financial report for the last quarter of 2017, ending the year on a bit of a down note. While revenues were up, net profits and operating profits saw a decline during that period.

The company continues to make inroads around the world with more revenue coming from outside Korea than within. South Korea only accounts for 32% of the revenue right now vs. 69% in the first quarter 2017. Mobile MMORPGs continue to be its biggest seller at 45%, with titles like Lineage 2 Revolution (39% of game revenue) and Tera M (5%) paving the way.

The studio hopes to have a strong 2018 with upcoming titles such as Magic: The Gathering Project M, Harry Potter: Hogwarts Mystery for mobile, and Seven Knights for the Nintendo Switch. 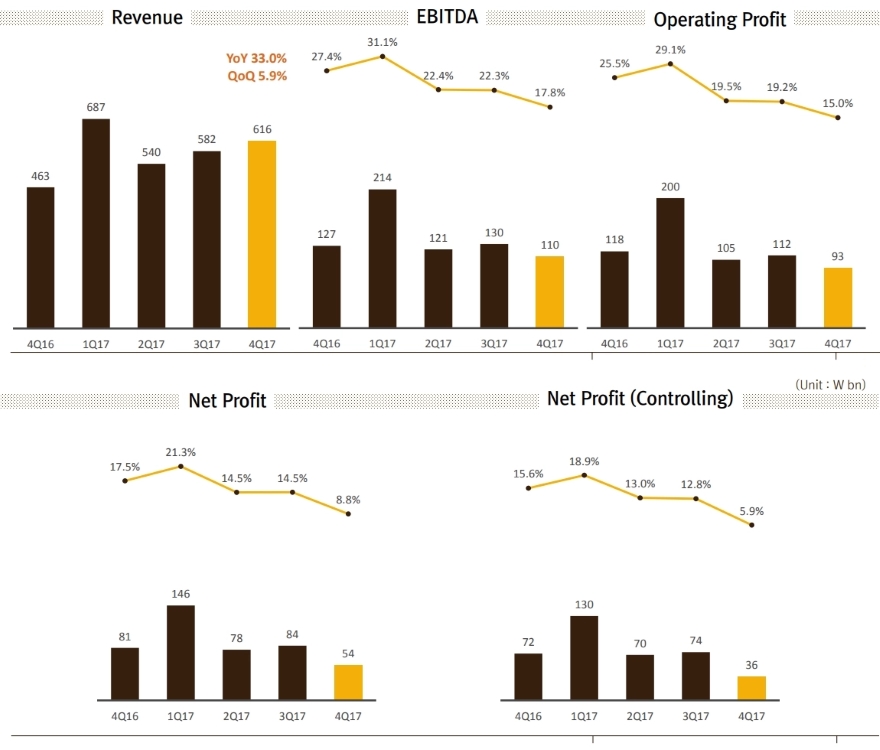 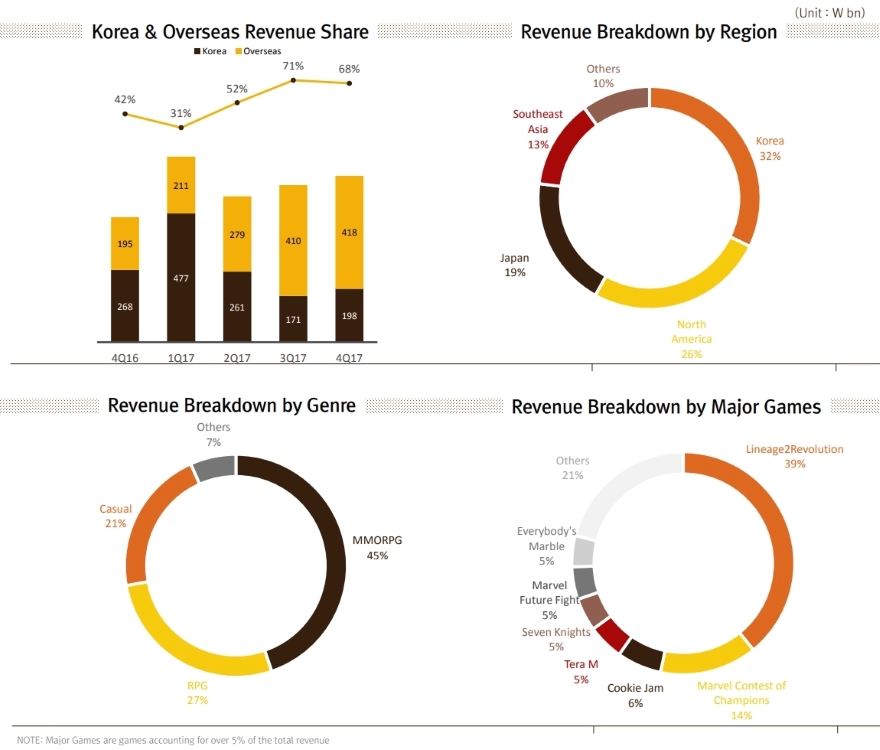 upcoming titles such as .. Harry Potter: Hogwarts Mystery for mobile…

It appears that it soft-launched on google last month. We pendants who draw a hard line think that have-it-both-ways soft launches means you forfeit your “upcoming” hymen.

Brown and yellow. Certainly an interesting choice for graphical design of your logos and reporting.