END_OF_DOCUMENT_TOKEN_TO_BE_REPLACED
A question I am asked quite a bit about free-to-play games is whether or not one needs to sub to really play. It is a fair question: We’ve got enough examples in the industry where not subbing can cripple you to the point that it is less than no fun and not worth even trying to play. So how about Secret World Legends? You’ve heard how great that story is and your interest is piqued, but you’ve been burned before. Do you need to pay for patron status to have a worthwhile experience playing? No. And yes.

The answer actually depends on what you want from the game and your preferred style of play. Can you play SWL and have a blast immersed in the amazing atmosphere and story without paying a dime? Absolutely! To get the most out of the game if you play more hardcore, however, you definitely want to become a patron.

When The Secret World rebooted, it became a F2P experience. Did this diminish the game? No, I think it did the opposite: It opened the experience up to even more players. Now they can test it out for themselves. Will it be worth the test? If you play causally and want to experience the story, the answer is a resounding yes!

One key to an incredible totally free experience is to approach the game as a single-player story RPG. The extensive mission timer cooldown won’t affect a player that moves from one mission to the next without repeating any. Who wants to grind missions over and over if you just want to bask in the narrative? Repeating missions actually detracts from the story and dilutes it! Another way you can also play just fine without patron is if you are very casual. If you can only log in for a few hours spread out over the week, then you can repeatedly grind missions in an area because cooldowns will expire, and you’ll have replenished stores of dungeon (10), lair (3), and scenario (2) keys every day you play.

Thanks to story mode in the dungeons, you can also experience the story there without much trouble, as in that format they are easier and don’t require full, geared groups to complete. And the 10 free daily dungeons keys are more than enough to loot the six boxes in one dungeon. The likelihood of jumping to a second dungeon in another area on the same day is pretty small if you are truly following the story and doing everything in one zone.

What about being prepared for the next area? With the new level system, you cannot move on until you complete requirements, mainly involving the story mission chain. And the story mission is tied to certain levels. And I can assure you that levels throughout the first zone of Solomon Island come so fast! In fact, many people find they can out-level an area before finishing it. There are plenty of missions and bounty quests in areas to give you the needed XP, and don’t forget collecting the lore gives oodles of XP as well. Mission rewards can give you gear as well as enough items to feed and enhance your gear. You won’t have the same number of reward bags (and therefore variety of items) as someone who grinds out missions over and over, but you have a decent supply. And thanks to the QOL changes for enhancements, there are fewer restrictions on feeding gear in for the bonus, so your chances of getting useful items to use or as fodder is greatly increased. And you can also sell your unwanted and unfed gear items to a merchant for anima shards, the currency you need to enhancing your gear.

If you are in it for only the story, you also may not care as much about completing the two levels of daily challenges in order to collect Marks of Favour, which are used to buy different items in game (like new weapon slots!). That doesn’t mean you won’t get any: Just casually playing will often finish up most if not all of the first tier of challenges to give you a stash of MoF.

You still have access to all missions, anima leaps and teleports (for a cost of in-game coin), the auction house, merchants to buy and sell items, the dressing room (for purchasing with in-game coins), anima allocation, healing portions (though with lower capacity and cost more) and everything else. The only exception is that F2P players do not have access to the cabal bank. Now add in seasonal events that offer extra oomph with items to enhance and fuse your gear and cosmetics to fluff out your collection, all just for logging in. Then you get more for doing the season raid. Now add in the special weekends Funcom has been doing with bonus AP and SP, bonus enhancement XP, bonus keys, and such, and you do it all without spending a dime – just at a slower rate. 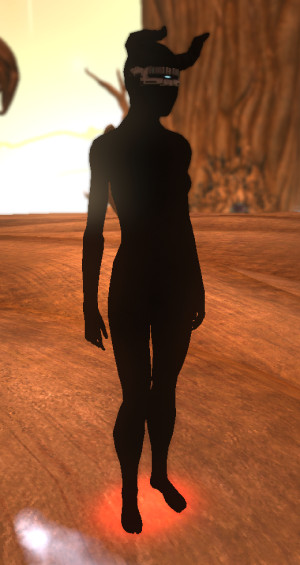 Hardcore has to pay

If you want to play more hardcore, however, you are really do need to pay for it. Folks who want to grind up the best gear, who want to run dungeons, scenarios, lairs, and raids over and over at end-game levels, and/or who consistently play a number of hours will definitely want to be a patron. That is because the patron benefits are very well worth it; Funcom even beefed up the benefits shortly after launch to make them more worth it. Nothing is game-breaking or pay-to-win, but without them, you’ll feel very stifled and inconvenienced. Here is what you get for your monthly sub (or if you are lifetime member from Grandmaster status):

Obviously, increased XP, AP, and SP gains get you to endgame faster, additional keys let you get more loot in the dungeons and such, and more coins let you upgrade and buy stuff more frequently. The anima leaps and teleports are a mega convenience, letting you pop around the world with ease. Getting world-wide delivery of auction house items is also a convenience. The mission cooldown reduction is a flat-out necessity, though; it erases 60 hours of waiting! You need Marks of Favour, and you can only get those with the daily challenges; being able to redo missions over and over to fill both tiers of challenges out is crucial. Also, getting all those extra reward bags for feeding your gear or selling for anima shards is needed to upgrade quicker.

I will also add that if you happen to be a packrat with no desire to change your loot-collecting ways and need more storage, you might want to consider patron status – either that or purchasing more storage. That’s because storage is minimal in the game, and some players, including me, have resorted to making personal cabals in order to utilize that larger bank. (It also has the added benefit of being the only way you can trade items between your alts without having a friend middle-man shuffle items between them for you.)

Getting benefits: with cash or in-game

Although purchasing patron benefits with cold hard cash is by far the most convenient, you can actually get patron status through in-game means as well. Players can buy aurum, the currency needed to purchase the sub in-game, at the exchange using Marks of Favour. While gaining MoF is slower without a sub, you could save up those MoF and test out patron or use it to grab an occasional month that you have more time to play and want the benefits. If you can earn enough MoF, you could do it consistently (remember once you are patron, those MoFs come quicker!). Patrons who have to tighten their purse strings for a time can fall back on this as a way to continue their benefits while saving some cash.

So yes, it is possible to not spend money and enjoy the game. Do you want to, though? And don’t forget, if you really love the game, supporting it and its future development in some fashion — be it through subscribing or purchasing cosmetics, potions, and other conveniences ala cart — is certainly in the best interest of its continued growth and lifespan.

Massively Overthinking: Is old-school MMO dungeon-camping ever coming back?