Polygon has a report out this afternoon sourcing data aggregator GitHyp, both of which are casting doubt on H1Z1’s future viability as a game and as a professional e-sport.

Daybreak-watchers will recall that last autumn, the MMO company dropped the King of the Kill branding from H1Z1 and the H1Z1 branding from Just Survive, splitting the two games up amidst a push for a China launch and a new pro league. In October 2017, we were already eyeing H1Z1’s falling playerbase numbers in comparison to PlayerUnknown’s Battleground’s meteoric rise – even at the time, H1Z1’s peak concurrency had fallen a full third since August.

That trend has unfortunately continued, according to GitHyp, which now says the game has lost 91% of its players since its July peak. Steam Charts suggests the drop-off is almost that bad too.

“During its best months, H1Z1: King of the Kill was holding strong as the #3 most played game on Steam with an all-time peak of 150k players and average of 86k players per hour,” the aggregator notes. “Today, you’ll find it struggling to crack the top 50 with less than 10k concurrent players most days and a peak of only 14k players so far this month.”

You’ll recall that neither of the games has yet to officially launch out of early access on PC; Daybreak aborted launch and indefinitely delayed a console port back in 2016. The game never went free-to-play, either, meaning it’s seeing stiff competition from not just PUBG but Fortnite.

I am still enjoying DCUO and EQ2.

Isn’t it still in some form of early access? Not really shocked by this news quite honestly.

How the fortunes have changed. 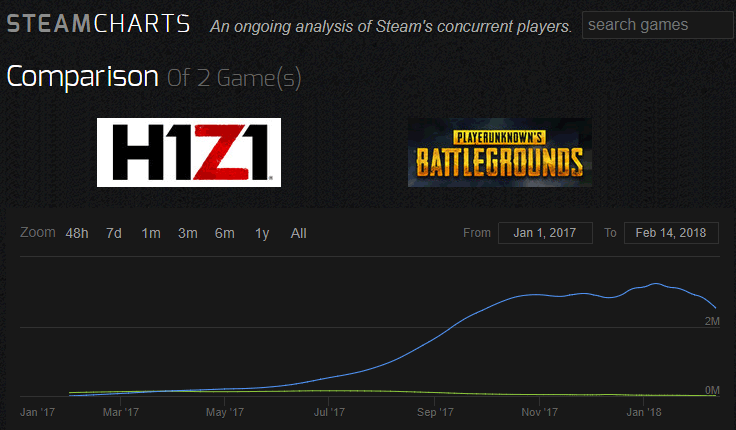 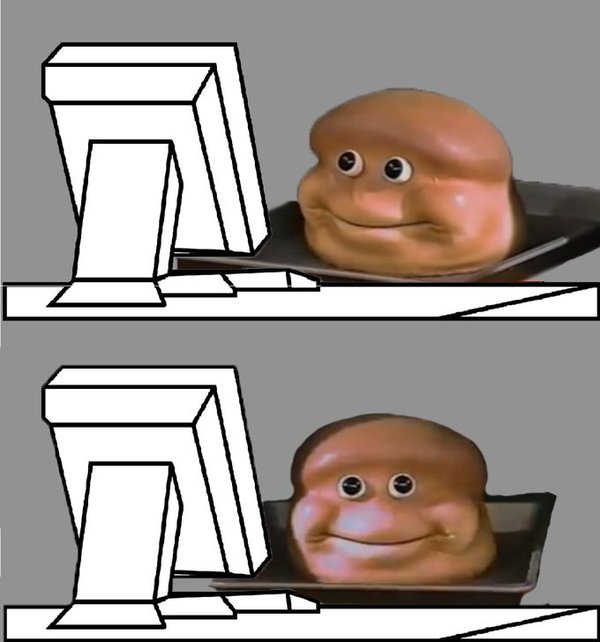 The whole Saga of H1Z1 is that it was just Daybreaks cash in title from the beginning. They wanted to cash in on that sweet DayZ money, but by release people were already moving to Battle Royale hype. So they switched gears and made H1Z1 about BR. Sadly, Fortnite did the same tacky move, but fared better.

Aaaah.. That morning when I wake up to the headline: “Deybreak liquefied, Everquest franchise and EQN assets sold to CD Project Red”.
The first part I expect any day now. And as for the second.. let a man dream.

This is what was expected to happen when someone came along and put a decent title into the mix. Between Fortnite and PUBG it is no surprise this fell so hard.

That said. I hope more comes out. PUBG is fun and all but the devs aren’t seeming to do anything about the crashing issues many of my friends suffer from. The hacking problem that plagues TPP servers is also a migrane. It seems every 4 games or so I run into a hacker in FPP mode as well.

For now I am playing Fortnite and returning periodically to PUBG to test teh waters. Waiting to see what happens and if a new contender can dismount either of them from the top.

Never understood the craze of the BR genre. I remember playing battle royale back in Quake days with last man standing mods. It’s literally 20+ years old but suddenly it’s blown up into a copycat industry. So bizarre.

The biggest problem SOE/Daybreak has is that they don’t believe in their own game design.

Everquest 2 was a phenomenal game that suffered from only two real things at launch. One was a client with very steep requirements, designed for hardware that would never happen (single core 8GHz CPU). The other was backend stability issues right at the time World of Warcraft was picking up steam.

However, SOE lost faith in their game design. They started removing features that made EQ2 unique, and replacing them with features to bring it more inline with the looming giant of WoW, and the past of EQ1.

Time and again, SOE took unique and interesting games and watered them down in the hope of being “the next WoW”. You don’t get a rockstar level game by imitating what other rockstars are doing… you commit to making your OWN game and stand by it.

Daybreak is by far one of the worst company’s I have ever seen. A bunch of sloppy programmers and greedy management trying to absorb every dollar they can before filling for bankruptcy.

Camelot Unchained says it has no plans to license its engine,...

The Daily Grind: If you could give advice to a developer...