I like to think that I have a fairly open mind when it comes to accepting strange sights and races in fantasy MMORPGs, but Final Fantasy XIV seems hellbent on finding my breaking point. Literal cat-fish might just be that. It’s too weird for me, I’m out of here.

“Looking for NPC comic relief?” Vincent asked. “I give you the Namazu. Half-cat, half-fish (?) and I’m pretty sure the person who came up with the design was half-baked. The other shot I took on the way back to Castellum Velodyna (Beast Tribe quest hub) just as the fog was about to lift…”

When you’ve just made Moogles look normal and mundane, you’ve really accomplished something. 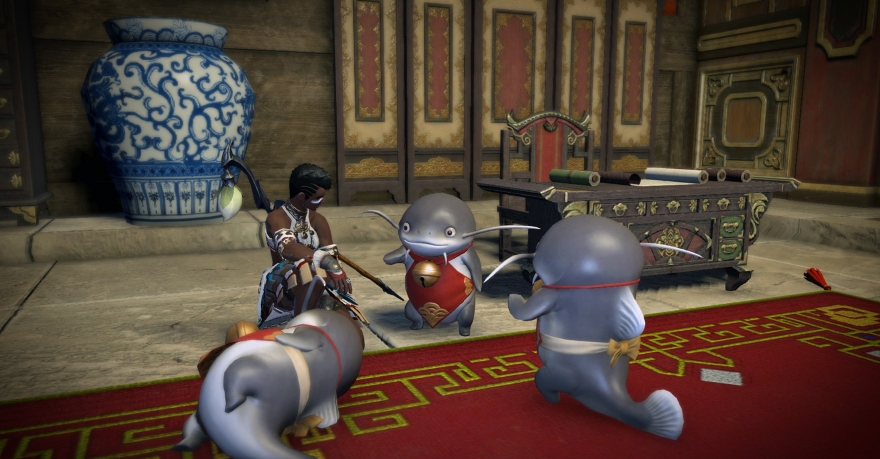 I don’t think that I ever stopped to think that there might be an actual, literal “Black Desert” in Black Desert. Goes to show how little I consider game names any more.

Vunak continues his adventures by showing us this titular region: “This week Mica and I decided to go to the other side of the map and check out the actual Black Desert. I had only glimpsed it before and she had never been, so here are a few screenshots of our time out there.” 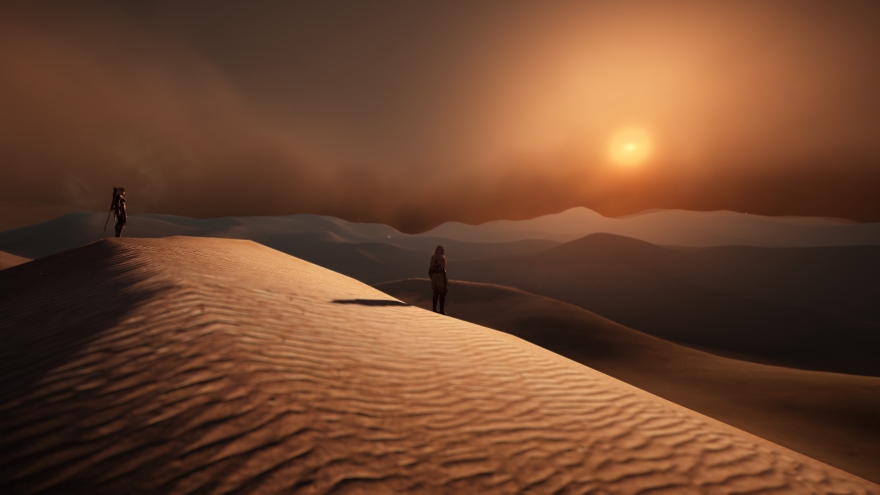 “This week I visited Allods Online,” wrote Finyar. “It’s a shame that the latter gets such a bad rep (mainly because of its payment system), because I think it still looks quite charming.”

I agree. Allods never really captured my attention past a few brief tries, but I always did like the style and the Russian influences. Plus the races are pretty cool! 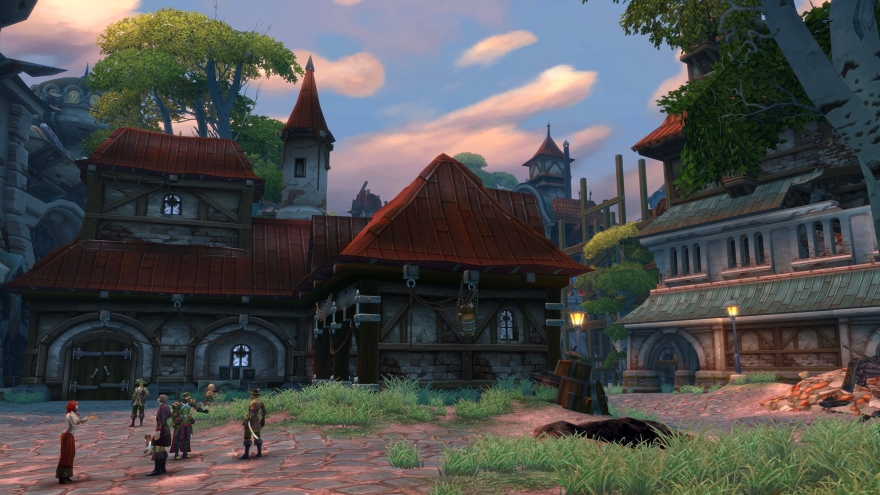 Rafael also responded to my call for comic relief NPCs in MMOs with this picture from Star Stable. Just kidding, it is Blade and Soul.

“There are many in Blade and Soul, but I have to go no further than my Hongmoon students. Little spoiler for those not there yet, but yes, you get students! Meet the miscreant Buyang his loveable sister Bunah and ‘I cry because I can’ Jinbin. They aren’t your only students, but you spend a lot of time with these three because of… issues.

“Buyang, the one forgetting that kite travel is all about hanging on, is quite humorous indeed. Maybe even a little insulting. His snide remarks certainly keep you alert. Not to mention that before your return, he was using the Hongmoon name in a scam to profit off of the famous school. Ah well, all is forgiven my little friends. They are my students now and my family. Love the little tykes, even though trouble is seemingly your best subject.” 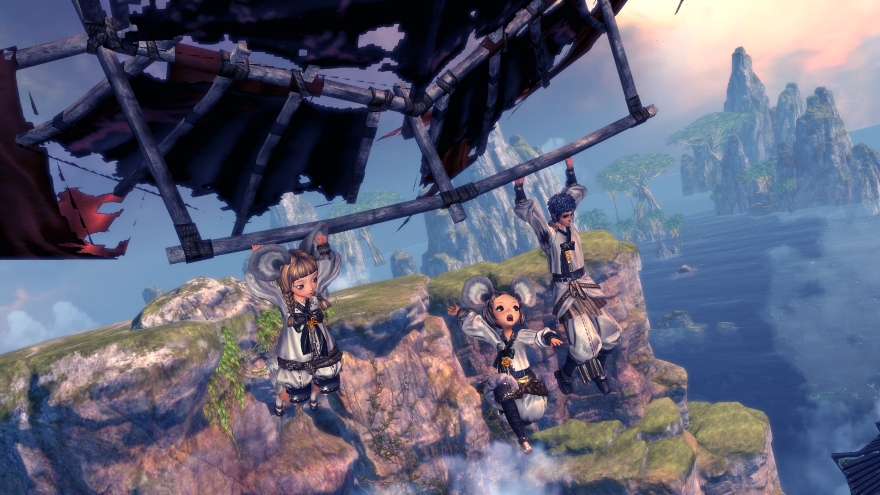 For the opposite of frivolity, we turn to DK and the void of space: “This pic of Star Citizen from inside my cutlass may look pretty to the casual observer, but to the trained eye it’s a hold pile of head smashing on brick walls.” 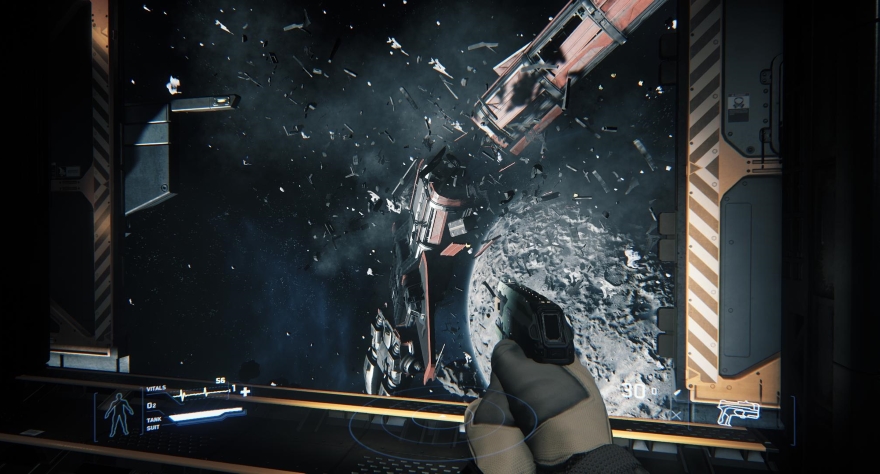 I have recently met a woman in World of Warcraft, and things are going really great. She’s an NPC, and I’m a player, and some of our friends say that it won’t work out because of this, but we just laugh at the h8terz, you know? She’s really fun, and her whip only stings a little bit once you get used to it. Still, there is one thing about our relationship that nags at me. She keeps pestering me to sign this piece of parchment paper she has. Something about a ‘sole?’ Maybe she’s a Shoemaker, like our friend Tehd, seen with us here in this pic? I really like this woman, so any advice you have would be appreciated.

If you are OK with a girlfriend who has cloven hooves and has to work weekends in a hell dimension, then I say, go for it. She looks to be the attentive, nurturing type who enjoys taming lions as a hobby.

Don’t write to me again, how did you get this address, never mind

Demons. Hellspawn. Evil that lurks from regions that would make your mind melt. Let’s see them for this week’s screenshot challenge!

“When you’ve just made Moogles look normal and mundane, you’ve really accomplished something.”

Indeed. Those fishcats are too darn cute. :)

Justin, if it helps I don’t think Namazu are supposed to be half cats. Catfish humanoids though, probably. After all, some fish have whiskers… and that includes delicious catfish.

OK so tonight I installed PROJECT SANSAR, the new VR sandbox from Linden Labs, makers of Second Life. Sansar is meant to be a place where devs (or anyone) can create VR experiences and share them, and make VR objects and sell them (anything you can imagine). Avatar builder was fairly simple compared to Second Life, but it has options. For something that you can barely even call alpha, the avatars look pretty decent. Lighting engine is very good. Some of the places you can visit (all free of course) look amazing! Towns, fantasy locations, the Moon, Mars, too many places to count. Looks nice. 1st person is preferred for VR but here are 3rd person screenshots so you can grasp the scale. VR is full of amazing worlds to discover, and they are increasingly graphically excellent.

Actually it would be wrong to call this Alpha, or Beta, etc. It’s there, and people are making VR experiences. How good they are is up to the developers. Wide and diverse array of them. For those who were wondering… the avatars can’t be naked.

This almost makes me want to jump into VR. Pretty cool.

And this is just one place, one library, one resource. A drop in the bucket. There are thousands of hours of entertainment at this point for most any VR visor. If you aren’t sure, start small with Cardboard/Daydream or GearVR. Even those are a heck of a lot of fun, assuming you have realistic expectations.

Allods is beautiful, but it’s not worth playing. Someone should honestly make a non-profit pserver out of it, but the chances of that happening are the same chances of me dating Scarlett Johannson.

My Arcanist Manasaber mount in World of Warcraft.

These mounts don’t normally show wings or fly, but occasionally, the game animates them as flying when you leave the floating city of Dalaran for the Broken Isles.

More strange to me than wings on a cat is that someone in Azeroth had the audacity to try to put barding (animal armor) on a cat! Oh, I’m sure that went over well …

I expect that the way you find the cat-armorers in Azeroth is to look for the people with scratches, claw-marks, and bites over 90% of their bodies!

She’s going to crawl out of my monitor and kill me in seven days, isn’t she?

Her eyes are following me…. She is watching my every move!!

For Justin :D all the elves :D

The demon doll(s) of Calcabrina, the final boss of the Anti-Tower dungeon (where everything up is down and so on) in FFXIV…

Man, those demon dolls are creepy.

I wish you could get Calcabrina’s theme as an orchestrion roll.

Saruman, and the very-evil Minas Morgul from LOTRO

Minas Morgul, oh yes. Saruman the early days, yes. Although he wasn’t quite evil then was he. Old Saruman, you know, the one who got kicked and banned from the Orthanc? He was more of a Vegas show with Worm-tongue as his sidekick.

This is definitely evil Saruman, taken from Orthanc’s gates.

Cool! Thanks for the feature! Love that cap, I must say.

So, this weeks BattleBards delved into the music accompanying the most terrible of beings Dragons. And we learned Sip, good old Sip, feels that Dragons are a trope in fantasy that has been played to death. Well, I had to respond. Lol. Nu-uh! We can always use a good Dragon.

And yet, the truth is, that in BnS, aside from girls with dragon tattoos, there are no Dragons!

Am I a hypocrite? Nu-uh! Look what the devs drag in with this next update. His name is Sibal and he is a badass Dragon! Lurking in a new area? Check. Evil? Check. Makes your mind melt? Double check both figurative and literal.

Looking forward to jumping in there and getting burned alive, stomped to death or bitten in half. You have to love a good Dragon!

i agreed with syp in teh poll btw. tho the feeling is mmo specific. in dnd crpgs and movies i’m always down for more dragons. unfortunately mmo’s need a break from fantasy shit in general imo.

But hey, I won’t argue that there doesn’t need to be more creativity or maybe better depictions of Dragons. They seem very misunderstood to me. Lol

oh sure in that sense i agree lol