Does Pearl Abyss have a hit on its hands with Black Desert Mobile? In Korea it appears to be so. The company sent ’round a press release this morning crowing about the game’s successful soft launch in the region.

“In less than a week, Black Desert Mobile has been able to knock most of the top contenders out of the game, reaching the #1 position for Most Popular Game in both the Apple App and Google Play stores in Korea on the very first day,” says the company, calling it a “domestic success” at home in South Korea.

The game is wishlistable in the west on the Google Play Store right now, though everything still looks to be in Korean and none of my devices can grab it without tinkering. The global launch with full English localization is forthcoming. Anybody dived in yet? 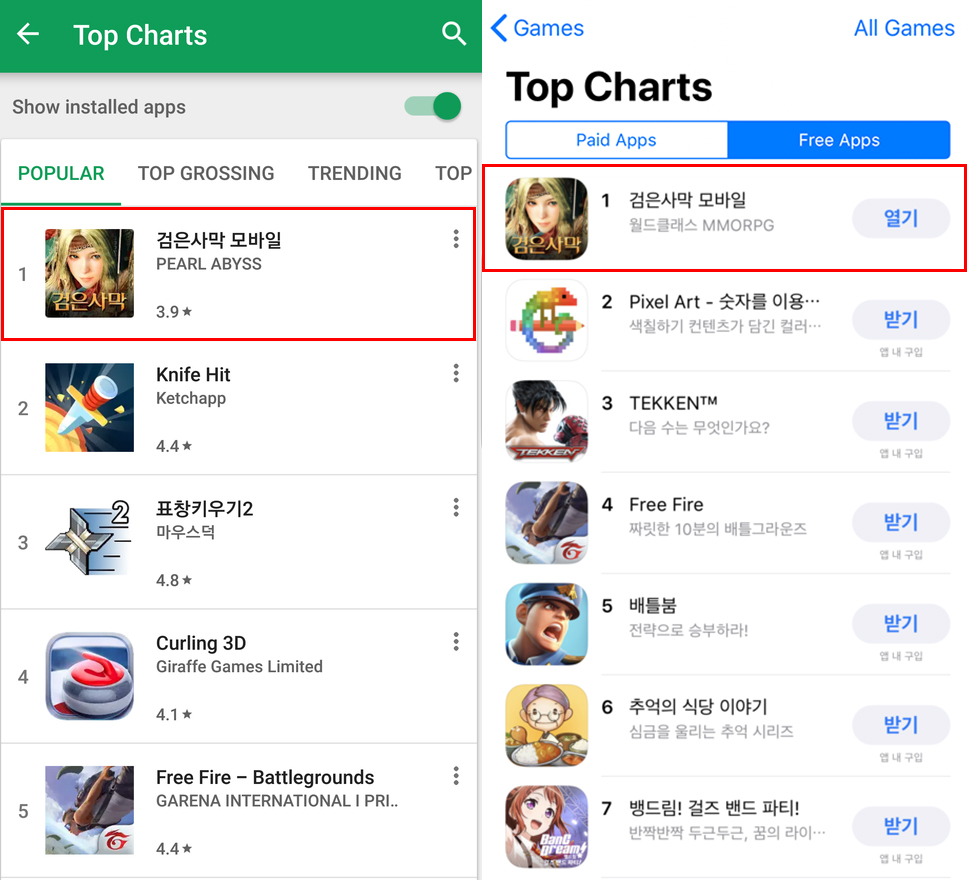 Such games are a waste if played on a tiny screen, with limited hardware and shallow gameplay. The only mobile (RPG) games worth playing are the ones that look (and play) like old school dungeon crawlers, game books witch choices and such. The rest is cash grab that destroys brain cells and empties wallets.

This one so far plays very much like an old school dungeon crawler.

I am not so sure I’d want to actually play it on anything smaller than a 7″ screen however as swapping skills to fight with might be complicated on a tiny screen.

Questions for those who know more than me:
1) I assume there is no relationship between PC and Mobile accounts/servers?
2) What do the servers even look like? How are populations distributed?
3) How much of the PC BDO world will be in the Mobile version at launch? (I’m thinking primarily regions, but also cities/towns, etc.)
4) Similar to above, how many classes will be in Mobile at launch?
5) My most pressing question: how much of the economy/crafting/life skills/energy/contribution points system will be present in Mobile? While I like the combat in BDO I’m mostly there for Medieval Fantasy Life Simulator.

No relationship.
Not sure on servers look like, probably limited to a few people with “zones” instead of a big open world.
I think up to Calpheon as we saw Catfish in the video. I doubt Mediah.
Valk, Warrior, Witch, Ranger, Berserker
Most of the lifeskill/crafting/economy should be the same as we saw them gathering/etc but I’m not sure on workers/nodes yet.

Will be playing…to have a char able to move pass lvl 49 would be great lol.

I will not try this game. I have a BDO account with pets and weight limit and costume and nothing to do. I don’t want to spend 100 more bucks to do nothing again in a smaller version of the same game

I will definitely give this a try.

Steparu has a number of videos up show casing the game play and game’s systems. It’s not an auto play game, and it actually looks like a ton of fun and in many ways an improvement over the desktop title. The videos are recorded using an Android Emulator on the PC.

They did a very good job with this.

Since there is no auto-play, I’ll give it a shot when it releases in the West :)