My initial impressions of Conan Exiles, written just about a year ago, weren’t exactly glowing. While I know not every game I play needs to appeal to me, so much of the genre just felt like a repetition of what we’d already seen countless times before: a survival game in early access filled with bugs, naked people killing each other, and nothing that really made living in the game world feel worth it. Character progression felt bland, building was significantly harder than destruction, and the guild recruitment button on day one resulted in axing people in the face.

But that was a year ago. MJ has covered in-depth what the game’s done right since then, but even I’ve noticed just how much Funcom’s done to bolster the title. It made buildings more difficult to destroy. More emotes came in. More PvE content. Climbing. New zones. And then the launch announcement about a year after EA, with February’s honest look at the game’s future. Promising that no EA features that come later will be behind a pay wall is quite refreshing.

Still, I had some questions I wanted to pose to Community Manager Tor Egil Andersen at GDC 2018, so let’s get to them. 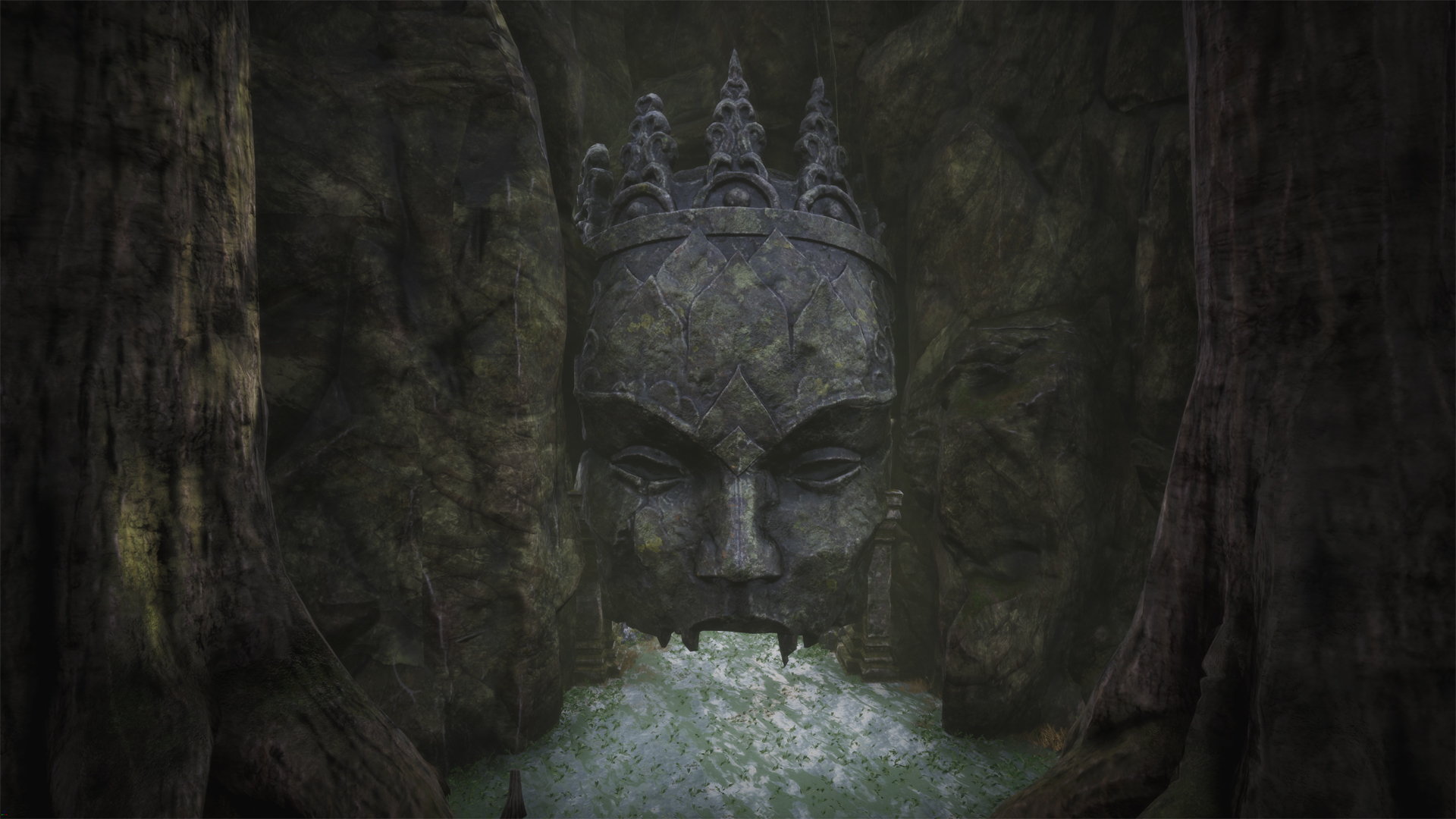 I asked Andersen about what needed to happen to move the game from early access to launch and, well, the answer is nothing. The company wanted to make a good game and keep the game there for about a year before launching. That’s it. There were no specific goals except to make a good game and let it bake in EA for a year. That honestly makes me feel justified in not only my skepticism of the game at release but future treatment of early access games, especially after the comments about EA you’ll be seeing from other developers I talked to at GDC this year.

That said, Funcom is also upfront about this approach, not hiding anything. Funcom’s constant work on the title and open development feel not only appropriate for early access but is also inspirational. Had the game not used the EA shield, I’d probably heap more praise on it because this is exactly how MMOs were released prior to the EA excuse. It’s simply a natural part of running games as a service. And since Funcom’s a company with a lot of experience in this department, future Funcom titles should in my view not only avoid using EA but draw attention to doing a real release with real post-launch updates. In fact, if you think about it, CE would have beaten ARK to release and probably gained a lot more respect as an actual launched survival game instead of being yet another EA title. Fixing your game during EA is a requirement, while tossing a game into launch and barely showing it any support is the real difference between true MMO companies and the companies shoe-horning in multiplayer. Funcom is the former and should proudly wear that badge!

On the world of Conan

I’m not personally big on the Conan IP, but it definitely boasts interesting elements: nudity, limb-chopping, and Pokemon-esque collecting of people to bolster my town against my enemies (ignoring the slavery part) is fun. The way it plays out internationally is curious too. For example, perceived American sentiment on nudity means that’s going bye-bye on consoles (cannibalism, slavery, and decapitation made the cut). Andersen mentions the EU is fine with nudity and will have access to all of it. I mention that Japanese anime allows simplified male genitalia on screen, but Conan’s detailed male bits are why it needs to be censored. (Interestingly, when I’d talk to fellow teachers in Japan about what really stood out as inappropriate in American movies, they generally had an issue with decapitation and the loss of limbs more than anything else!)

This is when I decided to ask how Funcom devs decide what aspects of Conan can be shown in the game and which kind are played down or avoided. Cannibalism is OK, but they decided not to go into graphic detail, even though they technically could have players just eating arm meat right from the bone. The description of the meat is enough. This kind strategy – tell, don’t show – with certain adult aspects of IP is how Funcom tries to get around some potential problems with localization, even though the game’s rating is already quite high. Blood and nudity have to be because “they go with the world of Conan.”

And that’s the key. The team will do what works for the IP but it also has to have a purpose. Cutting off arms happens and fits with the world of Conan, so it’s in. Urination, something they considered, didn’t make the cut since they didn’t feel it had a function (clearly no boy scouts on the team). Even as an emote, people would go overboard. It’s funny, but it doesn’t exactly fit with the IP, since it’d get too silly.

Launch gameplay and beyond

First, I’m sorry to break any hearts, but when the game moves to its full launch on XBox One, don’t expect crossplay, even with the “Play Anywhere” system that allows other titles to crossplay on Windows.

A lot of details about the game’s launch features have already been discussed over the past few months: enhanced combat, more RPG-esque systems like perks for reaching certain stat-goals (with higher skill levels requiring higher investment costs), more zones (expect details on the swamp and volcano areas in the near future!), a new religion, fast travel, additions to the goals guide, and more. Andersen also talked about how many, many more items are being put in, “hundreds,” “MMO-levels” of loot, both for crafting rare items made of obsidian and other new materials, new items dropped from new mobs, and *gasp* legendary items.

While I love PvP, as an MMO fan I think having it without good PvE is an issue that makes a game stand out as a “gankbox.” Why fight to live in a gameworld if all you’re doing is surviving? Not only is the team adding farming (which is supposed to be another accessible crafting/world building activity that grows with you), but world bosses for end game, all over the map. These bosses are meant for max-level players, as killing them drops a key to chests they guard, with said key only being usable for maxed our characters. This is how players will have access to legendaries, which mostly seemed to look cool and have awesome stats. Legendaries can still be lost, destroyed, and repaired, so they’re cool, but balanced.

That may sound boring, but the new combat may help with that. As we’ve heard, each weapon has its own style. You can weave heavy and light attacks into combos, which may have special effects, like bleeds on daggers. You also get some more flavors that go along with that.

For example, since daggers are short-range, their swipes move you forward more. Since you also have a bleed and are at risk by getting in so close to the enemy, you can backflip away from enemies to let your bleed run its course. I still liked smashing heads with the mace I played with, but admit that archers are still annoying as heck, so if I jump back in, I’ll probably find a weapon that’s good for taking those jerks out. Polearms tend to have good reach still!

As you’ve probably heard, the Purge – a feature where groups of mobs will spawn and attack nearby towns – is coming with launch, but not as it was originally sold to us. The original idea was to have bands of creatures with their own towns (another feature not seeing launch improvement) which would roam and attack cities that were highly developed. 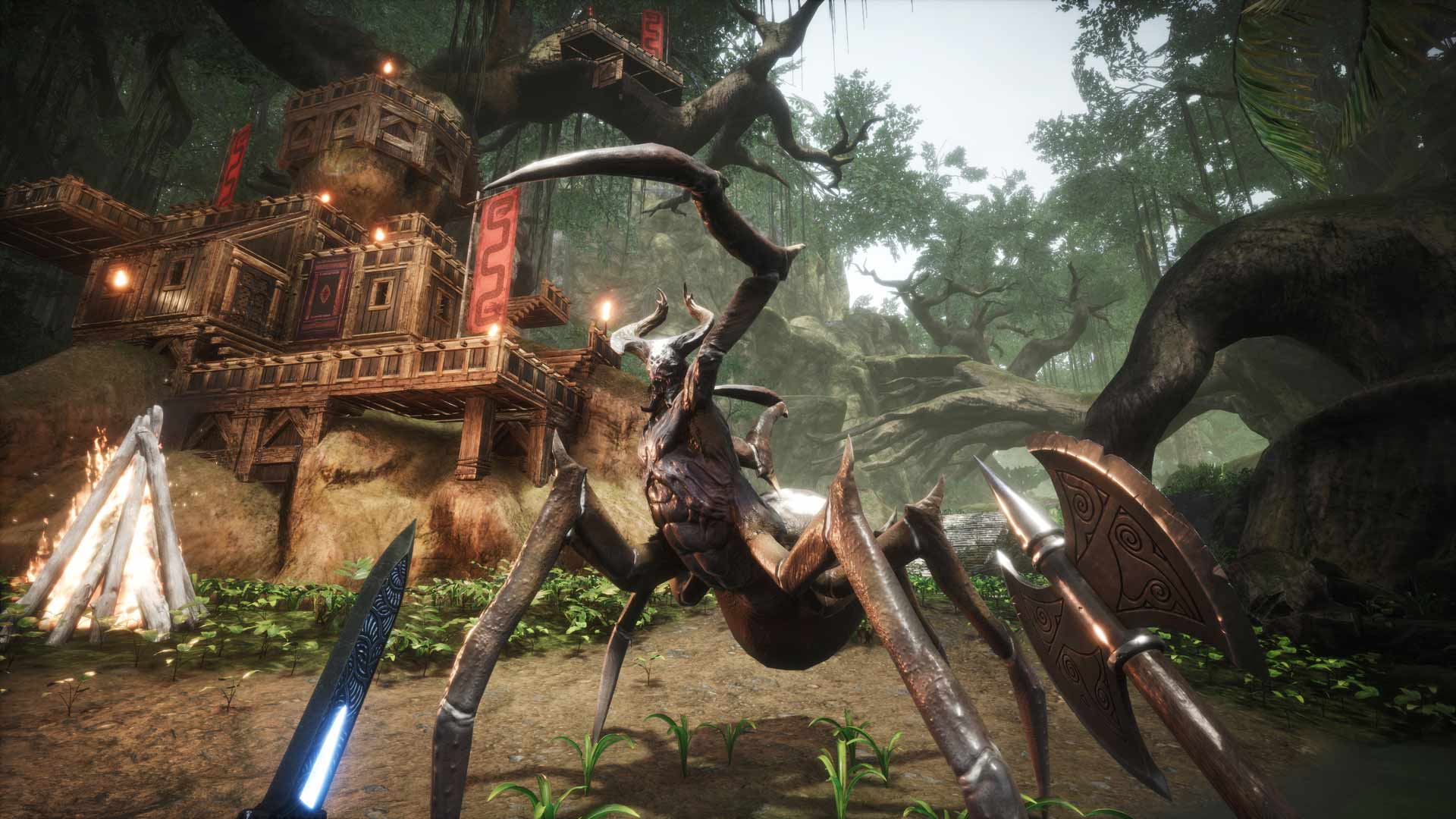 This was changed so the attacks could be scalable, so in theory, a Purge band for a few houses clustered together will be weaker than one attacking a city of twenty (assuming Purge is turned on for the server you’re playing on). You probably won’t have to worry about dragons, but expect mob groups to reflect local area and city strength. As well, mobs will attack towns for 20 minutes and most likely despawn, which is why you want good walls and thralls.

For those who haven’t heard, the survival aspect of the game is about to get a bit rougher: Auto-healing is out. While you can get some back via stat-perks (and don’t forget the war paint mechanic!), healing now requires you to eat, with better-quality food healing you for more. Farming should help with this, but the main idea is to make it so people are more careful about what they fight and where they fight. I’m a bit worried about how much this might slow down the game experience, but without having extensive time with farming, it’s hard to judge.

As previously discussed, mounts have been cut from launch, but are not gone for good. To expand on the February letter, the issue isn’t exactly in limiting how fast people can go, but that people were moving too fast for the map to load, meaning you might miss items or whole cities while traveling. It’s possible it may come in the future, but nothing has been promised.

Enter the map room, a fast-travel location (and craftable building). Players who delve into the old center of the map emanating with corruption will eventually discover the fast travel area, which will let them travel to any glowing obelisk they’ve previously visited. They’ll also get a recipe to craft it for their own town, but it’ll be fairly large and difficult to build, helping balance out its ability to let you portal around (almost) willy-nilly (if you’ve been exploring a lot).

Launch is still set for May 8th, and yes, all of this is still free content. Andersen hopes players will really like the new combat system and that it will add to the feel of the world of Conan. I can’t say I’ve been fully converted yet, but I will say I’ve already asked MJ if I can tag along when exploring Conan Exiles on launch day.

I don’t have anything to say about the article other than the first few paragraphs need to be proofread again.