Spring has sprung! And for EverQuest II, that means a return of Beast’r Eggs and Bristlebane. Norrathians get to celebrate the season by immersing themselves in frivolity and fun, pranks and pets, egg hunts and event rewards… but only for a limited time.

More than most events, these two are time sensitive. While the Bristlebane Day festival startes yesterday and goes for two weeks, The Highest of Silly Days is only one day — April 1st. And the Beast’r Eggstravaganza only lasts a single week, ending early on the 4th.  The chances of missing out on the semore time-limited festivities is too high, so I’m going to help you make sure you can catch these celebrations this year! I’ve got tips and tricks as well as a general guide to help you make the most of both festivals.

While I praised it highly last year for being a unique new live event, that doesn’t mean I am sad to see Beast’r Eggs return. On the contrary, I’m sure plenty of players join me in being glad to see them return. Last year’s inaugural event came with little fanfare and lasted only a week, so it was easy to miss. Now players have a chance to not only find and collect the egg pets from last year, but get new ones as well. There is also other new stuff in this year’s event. Even both progression servers, Stormhold and Fallen Gate, get to fully participate in this event (when can we ever say that?!). But to take advantage of it you need to move quickly: It all goes away at 2:59 a.m. EDT on Wednesday, April 4th. 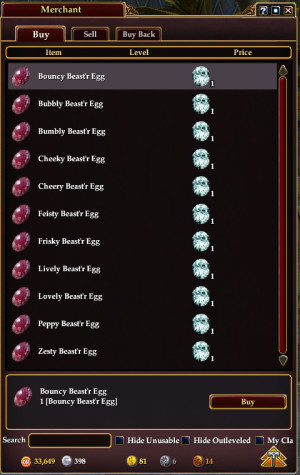 Like last year’s, this year’s Beast’r Eggs are found hiding throughout the starting cities (with the exception of Gorowyn, where the eggs can be all over that whole starting island!). You’ll find players zipping around checking into all the corners, trying to collect the eggs. Instead of five eggs, however, players will be seeking a total of 11; the six new Beast’r Eggs Bouncy, Fiesty, Bubbly, Peppy, Zesty, and Lively joined last year’s Frisky, Lovely, Cheery, Cheeky, and Bumbly. Collecting the original five completes the hidden achievement Beast’r Egg Hunter and grants the suffix title the Eggcelent Adventurer. Grabbing all of this year’s new additions will complete the Accomplished Beast’r Egg Hunter achievement and bestow the title the Eggceptional Adventurer. (Note: Even though the eggs themselves are heirloom and can be traded among your alts, the achievements are only completed by each alt physically picking the egg up in the world.)

Collecting these eggs is about more than achievements, however; they are actual pets. Each egg you collect is an heirloom item that grants that specific egg as a companion pet. But wait, there’s more! This year’s event added a new NPC called the Beast’r Eggchanger. He offers a deal for any extra eggs you may have: You can exchange your found egg for a house pet version! So not only can you have copies of the eggs following you, you fill your house with as many as you want. The trick is to find them all.

So now to find them. Last year I offered many tips for making the hunt more challenging, and those still work if you don’t want it to be too easy. However, if you have limited time to take part in this limited event (or you just have a million alts to try to do it all on!), then there are a few tricks to make sure you can complete everything in short order. If you read the 2017 piece, then you already know that you can utilize the “Find NPC” feature on the guards to point out where the eggs have spawned. Instead of running all over checking the many spawn spots over and over again, you can run right to an egg. And even more than that, you can seek out specific eggs by just using its name. That comes in super handy when you only have one or two eggs left to complete your collection. If the guard shrugs, you can try again in a few moments and try again or run to another guard. Of course, sometimes a guard can prank you and send you to a person’s pet, but for the most part you get the spawned Beast’r Eggs. 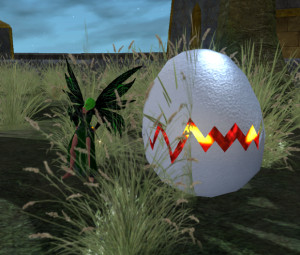 Here are two more tricks that may help you beat the throngs of other hunters. One, pick a guard at the far end of a city to query. In Freeport, I would search using the guard by the Commonlands gate. In Qeynos, go to the edge of the Capitol District instead. many folks default their searches at the hub areas. Better yet, don’t go to Qeynos or Freeport at all! Instead of using the main faction city, use the alternate: Neriak or Kelethin. Definitely don’t do Gorowyn or Halas as members from all factions can converge there; with the more faction-locked alternate cities you avoid the most crowds. Using these methods, you can complete your collection and them some in very short order.

If you don’t want to do the hunt and you don’t care about the achievements but you still want the companions, Daybreak is again bringing buyable pet versions to the marketplace after the event ends. Yes, this event is truly one available for everyone.

The other — and more long-standing — spring event is Bristlebane Day. Starting yesterday and running through 2:59 a.m. EDT on Friday, April 13th, on all live servers and the Stormhold progression server, this event is dedicated to Fizzlethorpe Bristlebane, the prankster god. (Sorry Fallen Gate!) It’s full of missions and rewards that focus on jokes, frivolity, and silliness. There are also titles and achievements galore. However, the Highest of Silly Days is only available on Sunday, April 1st, so anyone wanting to participate in those one-day-only quests will need to be sure they get in and do them or wait another year. Unless otherwise noted, all Bristlebane NPCs are in Enchanted Lands.

In addition to that limited-time mission chain, there is a special harvesting node only available on April 1st; that is covered in more detail in the crafting section below. Note: There are no new missions for 2018.

As withalmost all events, there is a special currency for buying themed goodies, a collection, and plenty of crafting goodies associated with Bristlebane day. The currency is Fool’s Gold Coins, and it can be used at the Bristlebane merchants near the tradeskill areas in all of the main cities:

You collect the coins by doing quests (All-access members get double currency), running the races, and even by killing mobs. Items to purchase include 10 new things added in 2018, including the Wildlight Clothwork Pegasus mount. 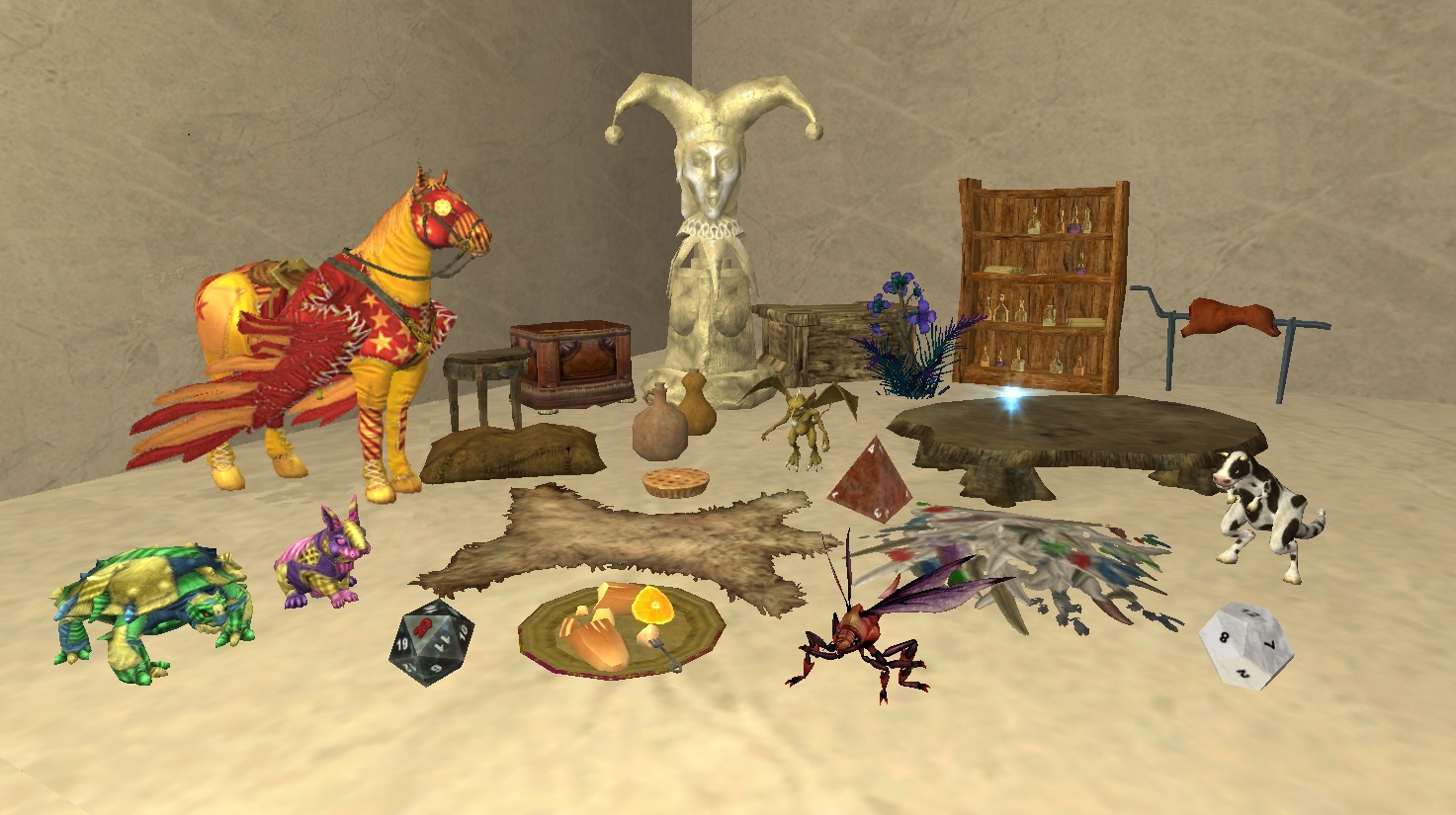 The collection has a unique thematic twist: Those little purple shinies can prank you! When you pick one up, you will likely have it disappear and have two to four others spawn around you. Now, you get to guess which one is the real one. For everyone you get wrong, more spawn! Once you get the right one, you can add it to your Prankster’s Piece of the Pie collection. There is also a special red shiny collection that only those who have completing the tradeskill master crafting timeline and earned the Earring of the Solice can see. Called Bristlebane’s memories, these shinies are found near tradeskill areas. They can also be purchsed on the broker — a real help when you can’t see them yourself!

As for crafting, there are now nine crafting books that are full of mostly food decorations for the home (Perfectly Serious Items to Craft IX was just added for 2018). These recipes can be purchased from the Bristlbane merchants. The items are made on regular crafting stations using the special ingredients gathered from Jester’s garden bushes, which are found only in high concentrations in select areas: outside the Freeport, Neriak, and Qeynos Capital District gates, along the docks at New Halas and Gorowyn, and under the city of Kelethin.

There is a special Jester’s Superior Garden harvestable available only on April 1st that will give materials from other events (Erollisi Day, Brew Day, Nights of the Dead, and Frostfell. Those without the in-house Frostfell crafting machines also have one day to use Frostfell crafting stations and buy Frostfell fuel by visiting the Airship dock in Sinking Sands.

You are what you do: Titles and achievements

What’s an event without titles and achievements? Bristlebane Day offers four of the former and seven of the latter.

Note: Beastlords can tame certain patchwork creatures as new warders during the event!