You know all of those weird filter effects that you have in your photo editing software? There always seems to be a stigma against using them, mostly because they’re very noticeable and showy. But today, let’s cast off that stigma and just have some fun, eh? After all, this is a column that begins every week with a black-and-white version of the headlining photo.

And that photo this week is from Deekay, who showcases the lighter side of life in Sea of Thieves. “Finally a selfie of my pirate as she dances on the bowsprit!” he write.

One leg, choppy seas. There is no way that she didn’t fall overboard and drown about thirty seconds after that screenshot was taken.

“After weeks in the darkness of Moria in Lord of the Rings Online, my minstrel’s time in Lothlorien seemed far too short,” said Phubarrh. “Now she’s traversing the aptly-named Mirkwood. A guard in one of the camps offered this romantic sketch of her.” 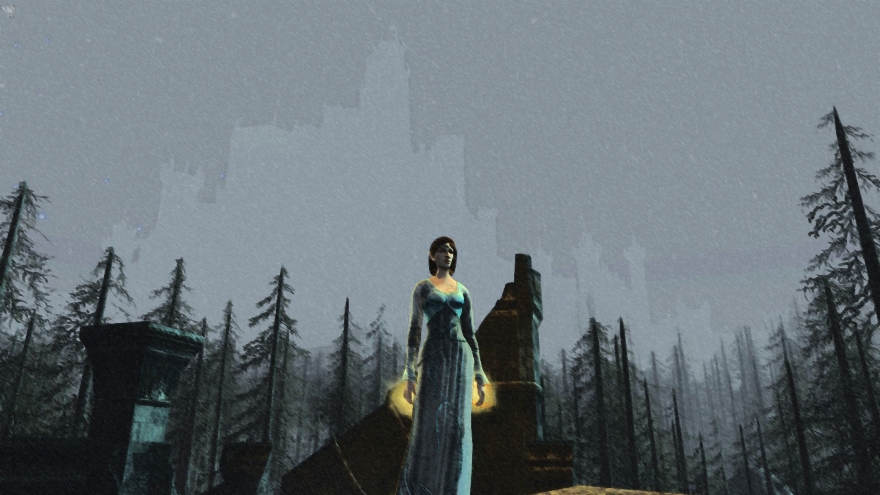 “Something more artistic? Ok. How about a mosaic. I call this one, ‘At Odds,'” said Rafael.

I don’t even have an inkling of what we’re looking at here. Obviously, it’s from the best MMO ever, but past that… a water buffalo? A royal dance? Two giraffes in a mortal fight to the death? 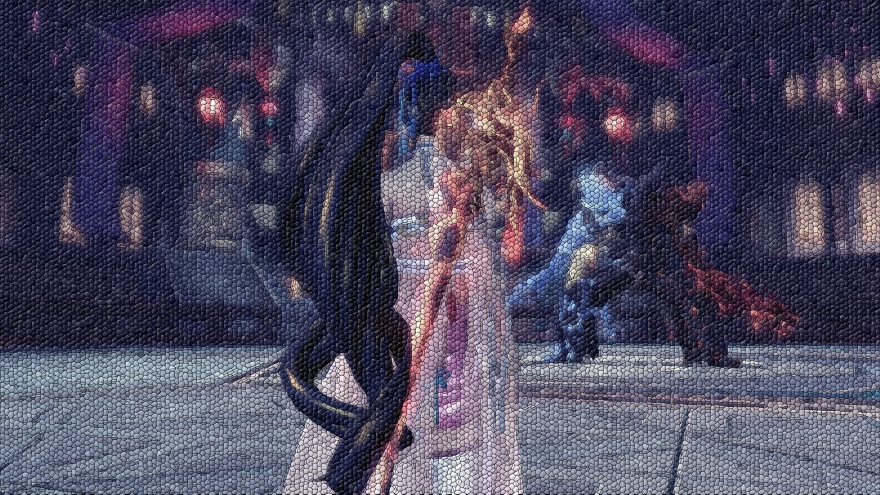 The nice thing about black-and-white is that it brings out sharp contrasts in photos and makes you notice details that you may have otherwise missed. Check out this Final Fantasy XIV portrait from Vincent Clark and tell me that it’s not better than any technicolor version. 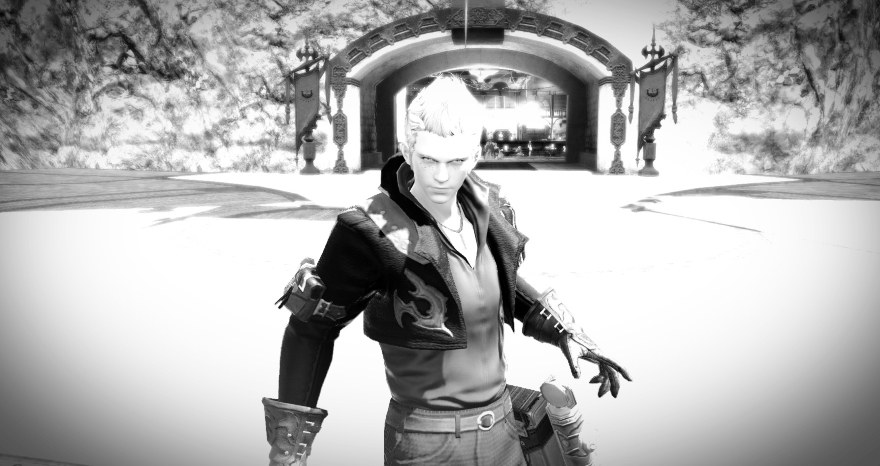 “I found a planet with a big hole recently in Elite: Dangerous, so I messed with filters to make it cheese-colored,” said Esd.

Everyone knows that all moons are made of cheese. It’s the biggest conspiracy that NASA has been perpetuating ever since the 1960s. 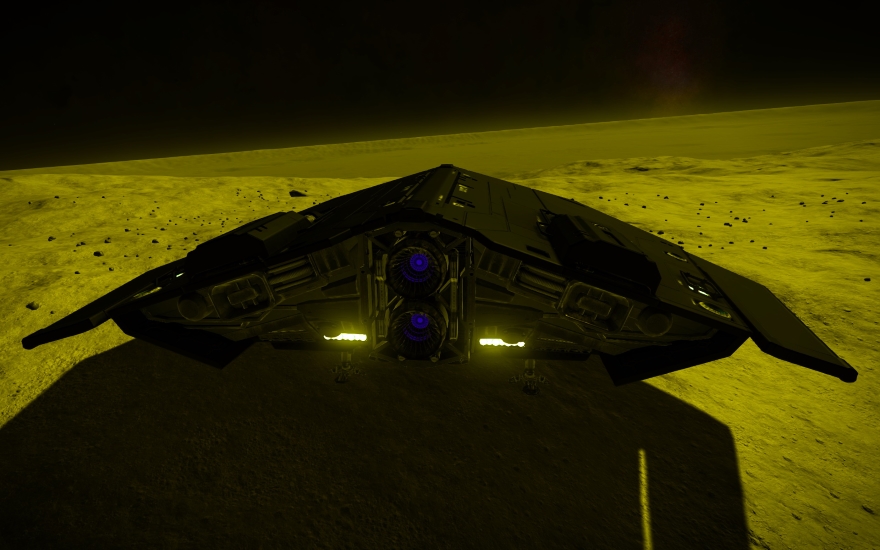 Our screenshot challenge this week is to follow a key principle of photography and snap pics in MMO’s “golden hour” — right before the sun decides to set and everything has that extra glow of color. Does your game have it?

Hey, how do i get a picture featured in these One Shot articles? I was interested in trying something for a drawing.

just attach your screenshots with your comment, you’ll seen a camera icon on the right side of the comment box, click that, and if Mr. Olivetti like one of them he will feature it in the next week column :-)

A little exploration tour in Pandaria. It’s mainly for one zone. I might do the rest of the zones at a later date.

Pandaria is beautiful, and i love Asian themed zones in any game, something about them makes me want to be there in the game.

Death Worm eating my base in Ark Survival

Heh. No saving that. Oh well, Ark is all about starting over isn’t it?

This was taken at the end of a clear-sky day in the Shirogane housing area. I made a point not to alter any of the colors because I thought the moment was perfectly captured already. For contrast, the second screenshot is taken at night, under a bright moon (so bright, the “jenga” tower in the Ruby Sea is casting a shadow over the water) all during a pretty cool lightning storm :)

Is there a “Golden Hour” on Alpha Tucanea?

I’ve invested a modest sum into Star Citizen, but until the year 2025 (when it finally launches), Elite: Dangerous is a much better game. ;)

The Golden Hour? Err… how about the Pinkish Hour. No, this is not a filter. That’s how things are done in Solak. If you have a problem with it, take it up with Uta.

…it’s always the pink hour for me! But you probably know that already. <3