With a combat alpha under its belt, the superhero MMORPG Ship of Heroes turns its attention to the challenges that lay ahead. The team has posted up a detailed roadmap that included a visual plan of the first half of 2018, including what’s to come over the next three months.

The aggressive development schedule for the near future includes a login and network test, more enemies, more powers, more costumes, a day/night cycle, the addition of PopcornFX, an initial look at Controller powers, and better outdoor lighting are all on the table.

Past that, the team hopes to accomplish a raid test in the third quarter and then move out of alpha testing into the beta by the end of the year. Ship of Heroes’development plans and a talk with its lead designer, check out our PAX East interview with Casey McGeever. 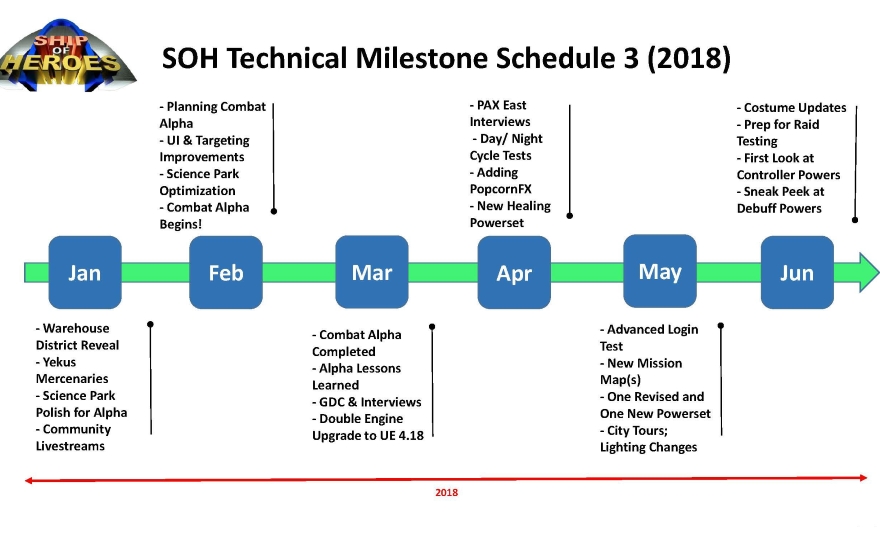