END_OF_DOCUMENT_TOKEN_TO_BE_REPLACED
With a dozen members of the all-star cast of Star Trek: Deep Space Nine returning to reprise their roles for this June’s Star Trek Online: Victory is Life, one actress has the advantage over the others. Chase Masterson is back for at least her third stint in the MMO, having played fan favorite Leeta in past updates (including as a hologram and as a Mirror Universe villain).

With the heavy Deep Space Nine focus on the game’s third expansion, it’s good to see the reunion of a cast from a show that’s now 25(!) years old. Masterson has since gone on to act in many TV shows and movies, perform as a jazz singer, and found an anti-bullying organization called Pop Culture Hero that uses film, comics, and TV to take a stand against bullying in schools and communities.

We sat down with Masterson to talk about reprising the role of Leeta, the continuation of Deep Space Nine, the benefits of maturity, and how we all can be heroes. 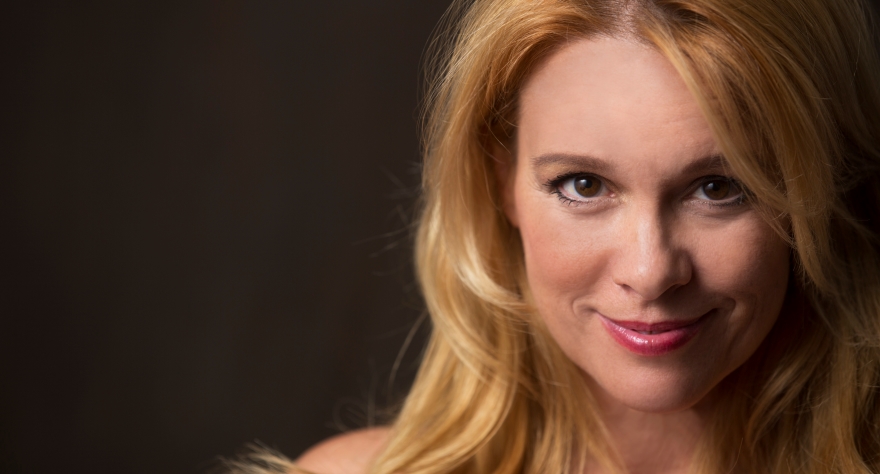 Boldly going into ourselves

With so much time has gone by since Deep Space Nine first aired, it’s interesting to see that the show hasn’t faded from the public consciousness. In fact, Masterson said that she remembered how the showrunners were predicting back in season five of the show how DS9 would grow in popularity once it hit syndicaton. This was, after all, one of the first sci-fi shows to feature an ongoing, serial style of storytelling versus the standard Star Trek episodic approach. That ended up benefiting viewers who had the opportunity to binge on DS9 and experience the epic tale unfolding.

“The power of Deep Space Nine was that we got to see the characters evolve that we hadn’t seen before in a lot of shows,” Masterson noted. She went on to say that DS9 continues to grow its fanbase with the show’s themes of family, stretching boundaries, and becoming people who do things that they might not ordinarily do.

“This show was more about boldly going into ourselves,” she said. “We were creating something we knew was special and important at the time. A lot of times, it’s easy to look back at a project and see only in hindsight how special it was. With Deep Space Nine, we knew what we had when we had it.”

Returning to the Leeta life

Star Trek is known to stick to its actors like glue even as they pursue other projects afterward. Some flee from the associations, while others embrace it. So what was Masterson’s approach?

“I fully embrace it,” she said. “Clearly, I’m best known for Leeta, and that’s attributed to the fan base. I’m secure enough to know who I am. This fan base is one of the best things an actor can ever know, so why deny that?”

When asked what if there was anything else she would have liked to have done on the TV series, Masterson said, “I wished during the run of the show that Leeta had the opportunity to be more outwardly courageous, and yet I’m grateful for the well-roundedness that the character had. I’m aware that the beauty of DS9 that there were so many characters that they could only go so far with each of us.”

Coming back to Cryptic Studios to record required Masterson to brush up on her performance of Leeta. It wasn’t just the cadence of the voice but the character’s personality as well, which is something that Masterson had given a lot of thought about over the years. The returning cast was all brought in separately to record, so Masterson did not have any facetime with her former coworkers. She said that voice acting requires imagination to fill in the gaps of conversations and replies.

Newcomers to DS9 and Star Trek Online may be surprised to discover that Leeta is not, as is sometimes said, mere eye candy. “She was different as a dabo girl, she didn’t compromise herself,” Masterson said quietly as she reminisced about the character. “She has a compassion, and a perception, and an intelligence, and a quiet fierceness.”

Obviously, the biggest difference with acting in the game versus doing the show was that this performance rested solely on her voice.

“Part of the fun of voice acting with Star Trek Online is that we get to break free of our physical selves,” she told us. “We can be whoever we want with our voices. That’s part of the fun of Mirror Leeta, for instance. She is just rottenly evil. It’s both fun and a challenge to portray that.”

As both Star Trek Online and the real world timeline has advanced nearly three decades, we spoke on the concept of maturing in both voice and character. Masterson said that she was delighted to see how Leeta had grown over the last 30 years and happy that the devs didn’t keep the character in perpetual youth.

“I would not want her to be preserved forever as a 30-year-old,” she said. “I feel that maturity and age is a good thing. The way that we grow is to be cherished and valued. Thankfully we don’t have to give up all of the assets of youth, but those we give up are worth the trade. That said, Leeta 30 years later is still hot! She’s pretty fun, she’s pretty much got it all in this expansion.”

Masterson is right there alongside all Deep Space Nine fans who have wanted the show to continue in some format and is delighted that it’s finally happening in the online MMO. She has played it, by the way, and enjoys showing off her character to friends and family.

Because no one likes spoilers (and because Cryptic was trying to keep the lid on the specifics of the new expansion’s stories), Masterson could only talk in broad strokes about her work on Victory is Life. We found out that in the expansion, Leeta teams up with the Ferengi to do something “brave, important, and life-threatening.”

At many points in the interview, Masterson kept coming back to the fact that Leeta had married Rom because she saw past his bumbling exterior to his heroic interior.

“It’s great to see these characters who are sometimes silly do something really strong and brave,” she said. “I think it lets us know that while we may not feel like classic heroes, we can be.”

And being heroic doesn’t just mean saving the world or punching out a Cardassian. Masterson spoke passionately of her work on the Pop Culture Hero foundation, an organization that she founded to cultivate empathy and compassion as a means of opposing bullying in all of its forms.

Having experienced bullying in her own life, Masterson felt the pull to mentor ex-gang members and reach them on a level that wasn’t condescending or condemning. The angle that worked was pop culture, and through television, comics, and movies, the organization has helped traumatized, bullied, and oppressed people overcome terrible life situations.

“Our slogan is, we love superheroes, why not be one?” she said. And if anyone knows heroes, it’s this former dabo girl who worked on a space station alongside some of the greatest in the galaxy.

I got to see her perform at a Story Collider show here in LA last January. She’s the real deal.

That was fun to see what has happened to one of the cast members 25 years later, and to see that her experience with DS9 was a positive one, and that she has harnessed that to be a positive force in the world. Awesome.

I feel the urge to re-watch DS9 now. The very best of Star Trek and the precursor to today’s golden age of television.

She is still stunning I know that much for sure.. wow ;) I always liked arcs that involved Leeta and Rom in DS9.