As we explored last week, game development isn’t always an upward trajectory. Some things soar, and some things crash. Our last Survivalist conversation was about four ways that the ARK: Survival Evolved that launched was better than the early early access build and four ways that it was worse. Since launch, development has continued, some on the base game and quite a bit on expansions. Whether the overall game as it stands right now is better or worse depends in part on what aspects are more important to you and likely which expansion you play. (Let’s hear it for Aberration!)

Even with improvements made to the game since launch, there are areas that could really use some attention. Today, I’d like to focus on four things that I really want for the future of ARK!

For the forseeable future

First and foremost, the number one improvement I would like to see implemented ASAP is the integration of the S+ building mod. This shouldn’t seen too far fetched of a desire for the future of the game; after all, we were already told it was happening! Devs said that the S+ building mod was in the works and would be integrated into the base game. And boy, oh boy does it need it!

The building aspect of ARK is not just some afterthought — it is an integral part of the game. Bases are a main part of the PvP as well as the PvE gameplay. And this aspect  really needs some love and attention. It has a host of problems and bugs. Log back in and find yourself or your dinos under foundations? Yup, still happens. It also has such limited repertoire, and that is something S+ would enhance greatly. Folks want a cool looking base as well as one with great function! And it isn’t even just about “more decorative”; basics like a regular staircase are still missing from the base game. We’d love a staircase that doesn’t wind around all psychotic like.

Please, please get to this, Wildcard! We’ve been waiting a while, and we’d really love to dig in. Yes, folks can add the mod themselves, but there are many servers that run mod free and are eagerly anticipating the official integration (and support) of S+. Here’s hoping the get this done sooner rather than later. (Some doubt it will happen at all.) 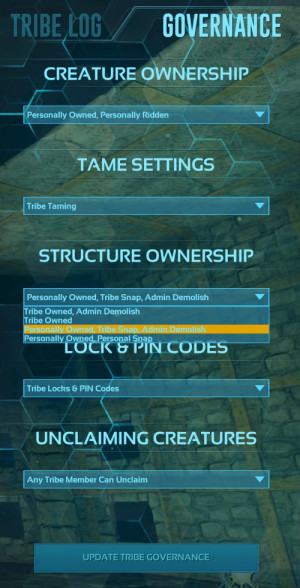 Next up in issues that need addressing soon is tribe management. This problem reared its head pretty significantly on our server recently, and has the potential of really causing some issues. The main trouble is that permission groups are severely lacking.  Taming isn’t too bad, but when it comes to building, tribes are limited. Currently, the options are: tribe owned, admin demolished; tribe owned; personally owned, tribe snap, admin demolish; personally owned, personal snap.

Why can’t we have tribe building and allow tribe destruction? As it is, only admin can demolish. As in, even if tribe members place a wall down and discover they need to adjust or get rid of it, they can’t. They cannot remove anything themselves. Friends and couples in a tribe can’t build together unless everyone is an administrator of the tribe, and that isn’t often a viable alternative to make everyone in a tribe.

Another problem is that locks and pin codes on doors and storage containers are only available for certain options. With tribe owned buildings, folks cannot maintain any personal belongings. That’s crazy! Personal footlockers should be allowed, and I darn well might have a building that I want to not be open to everyone in the tribe while everything else is.

Speaking of admins, lets talk server admins: They need better tools. The admin tools in ARK are clunky. You’ve got to pull up a command window and paste in commands from an outside source to spawn items, dinos, and do commands. There is an admin manager for some commands, but it seems to be fickle about when it works. This is super cumbersome! 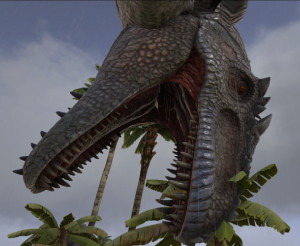 Now, contrast that with the admin tools of a certain Conan-inspired survival game. There, you bring up the admin interface and with just the click of a button do a multitude of commands from teleporting to enabling god mode. This same window has a list where you just select and click on the desired item to spawn it into the world. It is streamlined and safe — even if you are streaming!

On the topic of spawning, there is absolutely no reason whatsoever that admins should not be allowed to spawn in the items they desire on their servers at any time. I am talking about specific holiday event items that cannot be spawned into game outside of the official event times even by the server owner that pays to offer this custom experience that I mentioned last week. I cannot hold an event of my own at a time convenient for me and reward players with items from a holiday event; they are actually locked. I also cannot restore items lost to players thanks to bugs (which we all know are still quite prevalent in ARK). This is unacceptable to me. It is my server, and if there is an in-game item I should be able to create it in game whenever I darn well want.

4. A way to play the whole story without owning multiple servers

While there is no saying this could ever be a consideration, I wish it were possible to integrate the story in such a way that you can play through the entire thing — meaning the island and all three expansions — without having to pay for a separate server for each map. I want this for both those playing on local instances of the game as well as permanent private ones.

As it stands, you can transfer players and dinos at the obelisk from one server that allows it to the next that does, but I’d like to be able to store that same information, shut the server down, then upload it to the next map. I suppose this might be doable with two servers, but how would it work for local? And why have to spend money for more servers that will just be sitting there fallow until you finish the next map and move on? That’s money that can go to buying expansions and such! This option would also work well for people/servers who want to play through in a less sandbox, everyone-goes-their-own-way experience and instead work through together in a more directed, coordinated play through. (Which may or may not be a project I am planning out!)

In the survival genre, there are at least 1001 ways to die, and MJ Guthrie is bound to experience them all — in the interests of sharing them with you! The Survivalist chronicles life and death struggles against all forms of apocalypse, outbreak, mutation, weather, and prehistoric wildlife. And let’s not forget the two-legged enemies! Tune in here and on OPTV to see who feeds better: MJ or the Death Counter.
newest oldest most liked

Really, all these similar games should be looking at the others and shamelessly copying the better features.

Bless Unleashed offers a two-part preview of its cash shop