If you’re feeling the burning desire to reminisce in City of Heroes and hang out with other people who understand why it was so damn magical, today is your day. The HERC crew at the Titan Network have put together their annual shindig, running today from 3 p.m. EDT for about eight hours, so you can swing by as time permits or camp out the entire day.

Organizers say there will be several costume contests again, this time themed around the different origins, as well as a character biography contest.

A lot of folks don’t know what Paragon Chat is, so let me explain a bit: It’s basically a version of the City of Heroes client that you can use to log into a very scaled back version of the real game complete with other people. You can roll and customize characters, chat with other players, fully tour the maps, and make use of some nostalgic travel skills. The main thing you can’t do? Fight. The baddies and combat skills aren’t in there.

If you’d like to join in, you’ll need a copy of the Issue 24 Beta client, a Titan Network account to use to log in, and the bootstrap files on the wiki, then follow the instructions to get yourself set up and in the game. MOP’s Justin posted a guide to the process last year and suggests giving yourself about 20 minutes to set it up and troubleshoot once it’s downloaded.

We streamed some of the events last year and had a blast; several of us will be doing the same thing again this year, so check back on OPTV around 8 p.m. EDT tonight! 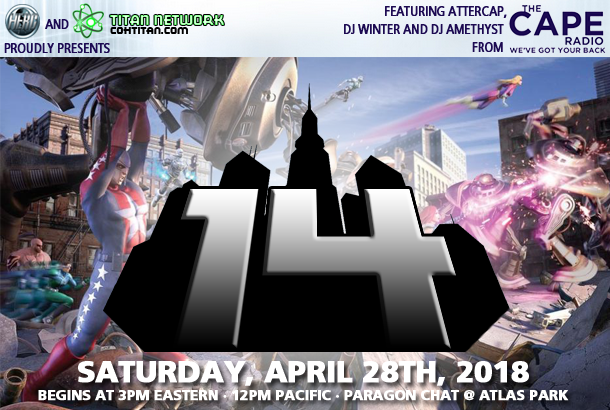 Tip that took me a while to figure out last year:

If you have a 4K or other high-DPI display and Windows 10, the game engine will think the mouse pointer is way up and to the left of where it’s drawn on screen. You have to temporarily set your desktop scaling to 100% while Paragon Chat is running to see the city in all its 4K glory and expect the UI to work.