END_OF_DOCUMENT_TOKEN_TO_BE_REPLACED
Star Wars: The Old Republic producer Keith Kanneg just dropped the next roadmap earlier today, outlining the features upcoming before September and a little bit beyond. Although he didn’t give much detail about the future of the story for the game, he gave us enough hints that we can speculate about the direction it’s headed.

At the very top of the roadmap post, Kanneg thanks everyone for such a great first year as producer of SWTOR and hopes that everyone enjoyed the traitor storyline. The story ends with a lot of questions unanswered, but unfortunately, those questions will not be answered until sometime after September according to the post. However, it’s possible that some of the setups this summer are pointing toward what the developers have planned.

Kanneg said the devs have been listening to players and “as a result, [they will] be making a lot of changes based on your feedback, beginning with our PvP plans this summer.” 2018 will be the summer of PvP for SWTOR, so let’s break down everything that the developers are doing. 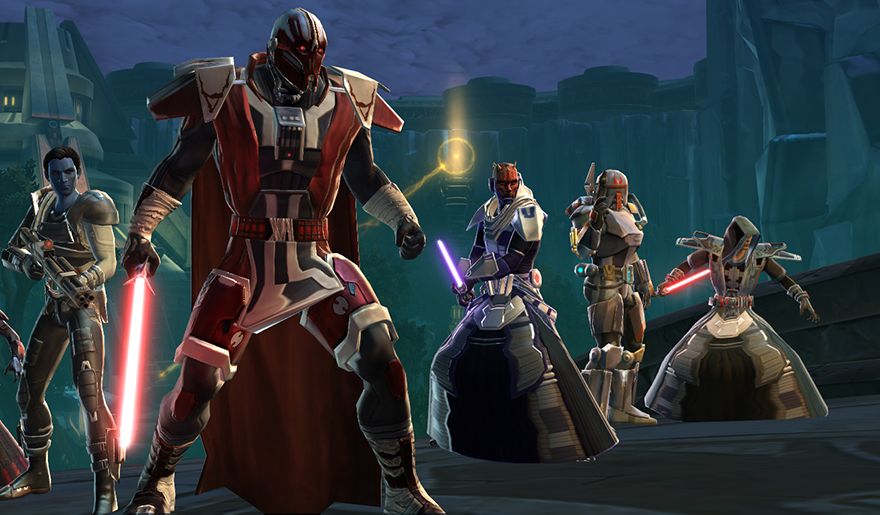 Which faction do I fight for?

If this coming summer is any indication for the upcoming story, then there will be a lot of blending of factions. Although many people might see this as a bad thing, I believe that it adds something very interesting to the overall story.

The roadmap said that BioWare will “convert more, if not all, of [its] Warzones and Arenas to allow cross-faction grouping.” We already have an Alliance-based map that allows for cross-faction queuing, and BioWare wants to increase that number by a product of all-of-them.

Of course, this plays into the direction that the BioWare team wants the community to grow. With populations getting smaller, the devs want to make things like PvP queues and other group-related activities easier to jump into. Adding all the warzones to a cross-fraction queue will greatly increase that.

Click to reveal spoiler about Update 5.9
I believe that the Iokath PvP zone was an experiment for a larger goal, which we saw come to fruition in the dialogue at the end of Update 5.9. Because the Eternal Alliance falls apart at the end of the story, we are asked which faction we will support. I believe that means that we will be able to literally change sides in the upcoming expansion. I speculate that if you were a Sith warrior you can join the Republic or a Jedi Knight could join the Sith Empire, as examples. 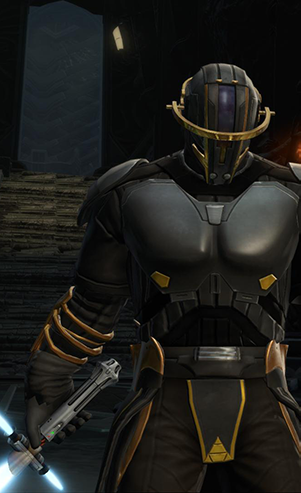 In the roadmap segment on PvP, Kanneg surprised everyone by mentioning a new beach-front stronghold. “For the first time, we are introducing a Stronghold designed around PvP which can be tailored toward Player-driven dueling, 4v4, or even 8v8 battles!” Then later he mentions a second item: “We’re also enhancing Stronghold decorations to support PvP gameplay.”

He only mentions that setting up items that create line-of-sight obstacles in a PvP stronghold, but I would not be surprised if items like the Huttball and wall explosives decorations become usable items in a PvP-focused stronghold. But this would also mean that other items will have to be added, like goal lines for Huttball, and breakaway walls for a Voidstar-like map.

I know he breezed by it, but you did see where he said “4v4” and “8v8,” right? That means team-vs.-team PvP in your stronghold. As someone who used to help put together fight-nights and other PvP-events for players, I’m finding this very exciting, not to mention that this will finally allow avid PvPers to practice together as a team before jumping into a match.

I don’t think I’m burying the lede here by not mentioning a new Huttball map until the end, am I? Huttball will gain a new location this summer; Kanneg said that it will be set in “the dangerous and dizzying heights of an industrial planet.” I’m guessing that means that it will be set on Hutta, finally. We have Nar Shaddaa and Quesh already; the only Hutt-controlled world that we have left in from SWTOR that fits that description is Hutta. But maybe BioWare is moving the game to another world like Coruscant or Corellia.

The next arena will take place “in a compound you’ve seen before.” The first thing that comes to my mind is Nathema, but Kanneg really left us with nothing to go on with that clue.

Ranked players can look forward to the end of Season 9, which is targeted for July, and we will learn about the rewards in late June. But more important is the quality-of-life change coming to unranked. For the first time in the game’s history, unranked players will be able to choose which PvP map they would like to participate in. Players have been asking about this since the launch of the game. I might join up in PvP more often if I can choose not to do arenas. I’m sure there are many people who are tired of some of the other maps, too. Maybe it will encourage them to join back up, too.

I am encouraged by and scared about the developers saying they’re “taking an in-depth look at our unranked PvP matchmaking system overall to see what kinds of improvements [they] can make to better ensure every match is a good one,” as Kanneg put it. Matchmaking has been terrible since the launch of the game, and I would like to see it improved. But I’m concerned that the current development team will only make things worse. I hope I’m proven wrong.

Kanneg didn’t mention much that will happen after September other than we will see guild improvements and the introduction of a brand-new storyline. This has all got me tentatively excited about the future of SWTOR, but what’s more important are your thoughts.