Hands up if you’ve played Star Control 2 back in the day (and shame on you if you haven’t!). This ’90s-era space RPG sent players on a galaxy-wide quest to meet incredibly weird aliens, explore strange new worlds, and fight off a terrible galactic threat.

Now the series is back with Star Control Origins, which is in development by Stardock. This sequel is going to include a lot of what fans loved about the ’90s game but will add a few new features for the modern era. One of these is fleet battles, a multiplayer mode that takes the game beyond a single-player experience.

Not too long ago, the fleet battle feature went into its second beta test, adding several new skills, more weapons, high-resolution UI, and custom matches. That’s right, players can create their own epic space battles with all sorts of settings, including arena size and wormholes.

One thing worries me. The game their dev team mentions most often as previous experience is Galactic Civilizations III. And this game was at best mediocre.

I liked GC3 a lot, but I agree, it’s not the right frame of reference for this game.

What more can you even say about Star Control 2?

Seriously I’d just be copy-pasting what others have said, but for me, it changed how I saw games’ potential. Up until I played SC2, I always felt games were tightly proscribed in scope. Maybe only Darklands, which also came out the same year, came close to how *BIG* a game could feel. But SC2 had that bigness plus a really engrossing and meaningful plot. It had so much momentum and character and depth. At the time, it was almost a perfect imaginative experience.

I could never say enough great things about SC2, it was the first or really my first game too, which really sucked me into another world. I played it for years.

After that i didn’t play anything again until i picked up this weird ass box at Walmart “on a whim” titled Half Life? Had no clue to what i just picked up, for all i knew it could have been crap. Something compelled me to buy it. After that i never turned my back on gaming ever again. Went crazy for Single Player games, shooters, some consoles.

Than a few years after that SWG, and EQ2 entered my life… need i elaborate? lol 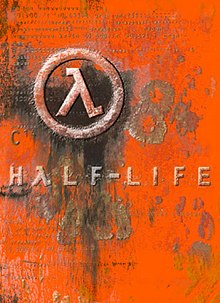 Star Control 2 is one of the greatest games ever made. Period. I love 1 as well but SC2 is amazing.

I have played the melee beta for this and despite my initial worries what they have is quite good. I’m more annoyed about the legal fight with Toys for Bob over the rights to the IP, especially with them working on a real sequel to SC2 (SC3 was pretty crap).

Stardock are a bit iffy but I love the combat and ideas so much that I’m giving them a chance. I own between my Genesis, GoG, Steam, and collections disks, at least 3 copies of SC 1 & 2, and 2 of 3, the novels of SC2 and of course the free upgraded version of SC2 “The Ur-Quan Masters” so I’m a bit of a fanatic. Don’t **** this up Stardock.

Yep, Space Rangers was based in large on star control II, it’s a great game

Ya, Ive somehow missed SC II, been playing other games that time. But Ive heard only good things about it.

Space Rangers 2 is an outstanding game. Very much inspired by Star Control 2. They definitely took many of the good parts. Had lots of fun with both games.

I spent far to many hours playing Star Control 1 & 2. If it looks any good at all, I’m probably going to bite.

I’ve been having a good time with the fleet battles so far. I think they’re on the right track, and it’s definitely been providing me with flashbacks of SC2.

Bloody hell the memories… Stop reminding how old I am, I don’t have the time to dig all the info I need to decide whether it’s just a moneygrab capitalizing on nostalgia or a legitimate attempt at making me feel twenty-something again *groan*

I hear you! I’ve been playing SC since the first game was out on the Genesis. So far it seems cool in the melee beta but the nostalgia is real. Hard to believe it was over 20 years ago for SC2!

Do not forget to *Enjoy the sauce*!