There’s no pretense that The Division 2 is not going to build on what worked for the original The Division. You can watch the story trailer just below and see that yes, it’s going to be adhering to a similar formula. It’s just that now, instead of dealing with the remnants of society in New York City, you’re cleaning things up in Washington, DC. And it turns out the best way to clean things up in the wake of the pandemic that has struck the city is by shooting a whole lot of insurgents.

Of course, if the new setting doesn’t captivate you, perhaps you’ll be more interested by the gameplay trailer just below showing off the first shots of actual group gameplay in action. Obviously, it involves a fair bit of shooting things, but you knew that going in. It’s a lengthy demonstration, but it seems to confirm that the heart of the first game is still present in the upcoming sequel. It’s all launching on March 15th. 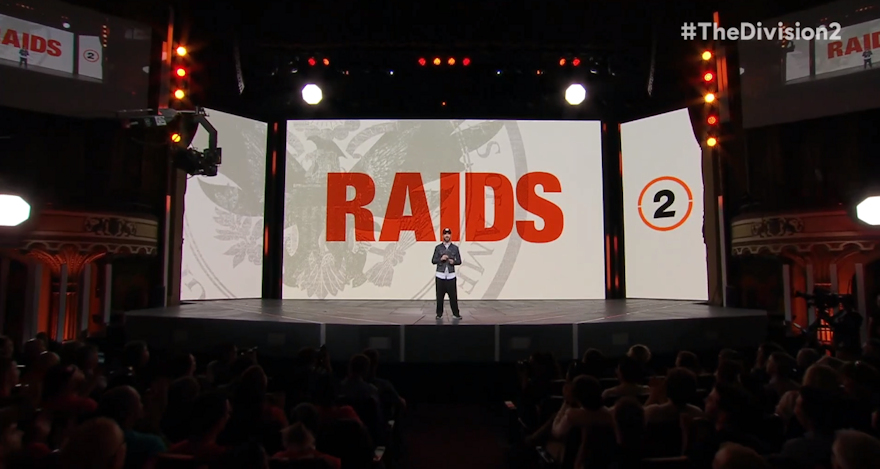 What are they going to do about PVP/The Dark Zone?

Looks like The Division 1 just with a 2 at the end. Oh well?

It should be an expansion.

I think they wanted to do a reset and change some core mechanics. There was only so much that could be done to the first game without it becoming a completely new game.

That, and from a marketing standpoint it also lets them hit the reset button. More people will give this a try than buy an expansion for the first game that had issues on launch.

It’s also why we’re probably getting a Diablo 4 rather than another D3 expansion.

I ended up leaving the game later, not because of game play, support, or bugs; but because I could never find people to play with/community/friends etc. If they added some more fluid ways for people to communicate and meet new people, I think the game would have gone a lot further than it did.

The first one had all of this amazing group oriented content, and I could never do anything of it because I had no pre-game friends that played, and couldn’t ever find friends in game.

I really enjoyed The Division (although the “bullet sponge” issue was indeed frustrating), and am looking forward to this. The first one was one of the prettiest games ever and a lot of fun to play with friends, which is what I enjoy.

so, where’s the inevitable battle royale mode for Division 2?

Also disappointed that it’s in DC instead of NY. They could’ve expanded upon the other boroughs of NY.

At least they’re trending in the right direction.

Personally, I was ready for a new locale. Loved the DC setting for Fallout 3, so I’m looking forward to it.

They’ve got me. The Division is the game I’ve most played to death since I’ve gotten it.

The fact that they actually stuck with it and didn’t abandon the title after people bailed from bad reviews makes this decision a no-brainer.

Something has to be said for companies that don’t start firing all their devs and throw their titles under the bus in today’s gaming environment.

Hopefully they follow through with the story more. A huge missed opportunity in the first one and that they fix endgame.

I have fun in The Division so a follow up will be something I will at least keep an eye on. As with a lot of the reveals so far from E3 I need more information before I decide if I am going to jump in at launch or not.

I’m liking this quite a bit. Agree that they’ve learned a lot from the first Division and should be exciting to see what they’ve done to the Division 2.

Side Note: The Ubisoft presser begins at 4pm EDT not 2pm.