Steam’s new chat client has gone into testing this week, with major overhauls to the friends list and group chat system. I gave it a spin last night after my guildies reminded me that you have to opt in to the beta to give it a go. As rumored prior to the launch, the chat system itself looks a lot like Discord, and it has a lot of the same features too, like a rebuilt voice chat system.

Notably, there’s a new invisible mode that allows you to appear offline but still see who’s on (and chat with them while otherwise hiding out).

It is pretty, but if you primarily use Steam to see who’s online rather than to group chat, you may be a bit put off by the enormous display; there’s no way to condense the list to just names as in a standard messenger client right now, and the panel includes modules that you might not use but can’t hide.

What do you think? My groups still use Slack chat primarily for the security, but Discord has always been pretty, so I wonder whether people who use Discord will feel enticed by Steam’s new featureset. 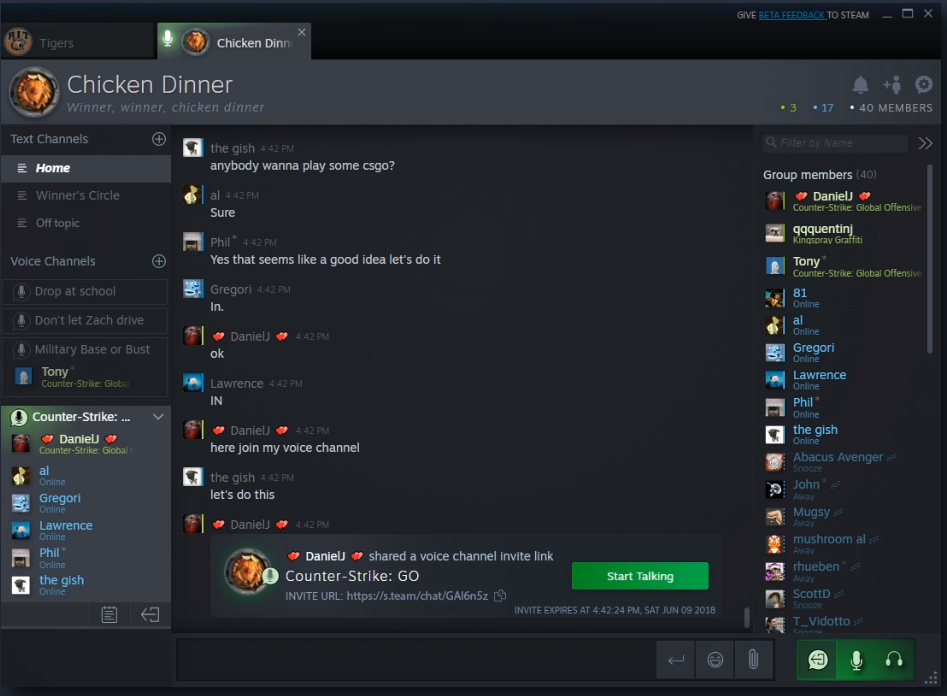