END_OF_DOCUMENT_TOKEN_TO_BE_REPLACED
OK, I’ll come right out and say it: I love the Rishi stronghold. The Star Wars: The Old Republic developers have outdone themselves. I will unlock that whole stronghold as soon as it’s available on the live servers. It will be expensive, even for me. But I will do it, and I will not regret it.

Star Wars: The Old Republic, an MMORPG that has taken some hits for not doing things right for its community, might be turning some things around with its latest patch 5.9.2. Of course, this latest update puts a lot of focus on PvP, but for an MMO that places the story as a major pillar of its design, we know that PvP will never be its only focus on any patch.

Even though I admit that I love the new patch and stronghold, I am not blind to its flaws, so let’s take a tour of the new stronghold to examine the good and the bad. 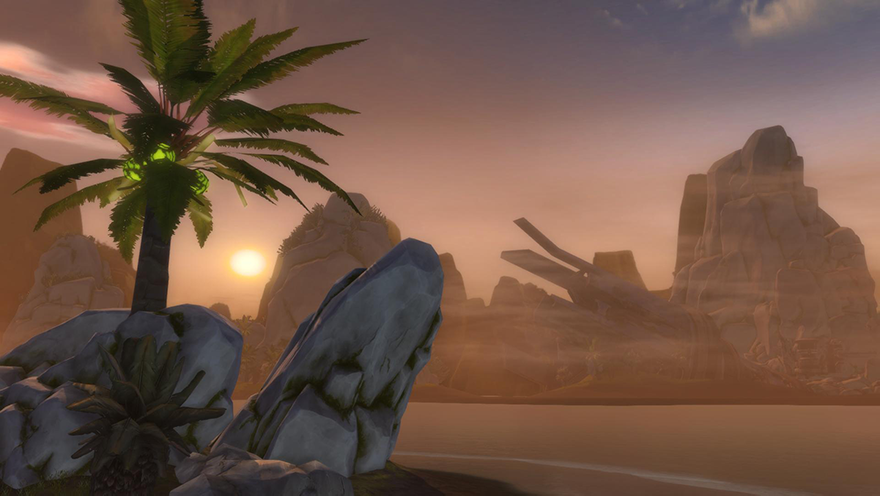 I think it’s best to drop the gallery of images right upfront so you can see what I’m talking about and why I’m so enthused. I’ve been a fan of Rishi’s look since the Shadow of Revan expansion dropped several years ago. And this stronghold keeps with that amazing aesthetic.

You start on a dock. There is a small arena immediately in front of you and a dark-sand beach down the ramp to your right. And since it is mostly outside, the hooks are sparse as with nearly all strongholds set outside, as on Yavin IV and Tatooine. But after your first unlock, things start to open up and more hooks are added to the interior-ish areas. It’s not until you are able to open the smaller buildings after the second unlock does the stronghold actually start to feel like a livable place.

The ground levels would be enough if this were just your average stronghold, but it’s not. In fact, the ground levels (which are huge, by the way) are only half the stronghold. The other half is actually floating about a kilometer above the beach. 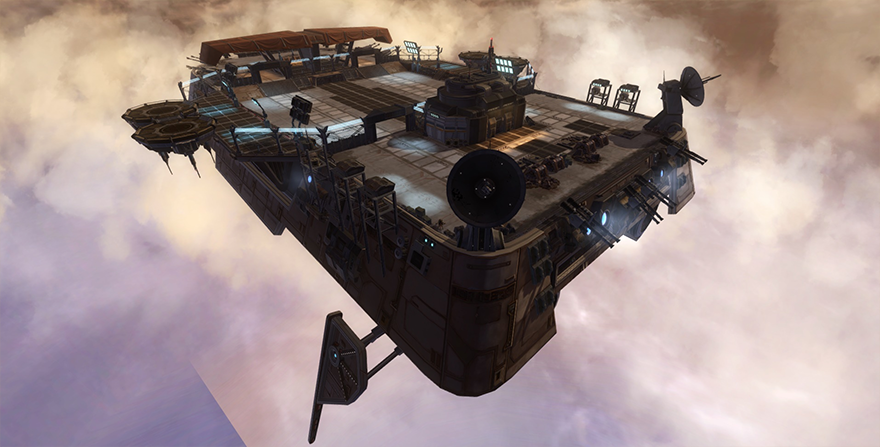 BioWare has not surprised me for years. I’ve been happy with many things that have been done, but I really haven’t been surprised since the original twists in the vanilla storylines. Until now, I was not expecting BioWare to include a ship in its stronghold. But here, this second half of the Rishi stronghold could be its own stronghold. To wit:

There are six rooms in this area deemed the patrol carrier. That’s six rooms beyond the main unlock and the sky deck. The rooms have been named the reactor room, the training room, the port quarters, the starboard quarters, the captain’s quarters, and the bridge. In the gallery, I’ve included a shot of the number of hooks in a couple of the main rooms to show just how stacked these rooms are with furniture placement possibilities.

Before I jump into the PvP parts of the stronghold, I would like to mention the training room. I’ve included images of it in the next gallery, and fans have been requesting a room like this for a long time, but the developers said that it wasn’t feasible given the limitations of the functionality of the training dummy and the design of stronghold furniture. But it looks like a compromise was made with the training room.

On a pillar in the back of the training room sits a console. When that console is activated, it spawns one of three kinds of training dummies: a warzone trainer, an operations trainer, or a healing trainer. The healer trainer is new to the game. Next to the dummy, a tiny probe droid will continually shoot the dummy so that you can practice your healing rotation. The dummies themselves are not furniture the same way that a couch or a bar is, so BioWare has been able to work around the inability to place a training dummy in the stronghold. The downside is that it can spawn in only one location.

As I mentioned, this update includes a lot of PvP. The stronghold is no exception. In fact, PvP represents one of the main reasons you might want to get this stronghold over some of the others. There are designated areas in this stronghold that are specifically meant for PvP.

Being able to duel in your stronghold has been a long-standing feature, but any PvPer knows that dueling is hardly representative of good, balanced PvP. It can be fun, but to really hone your PvP skills, you need to be able to do it in a group with interactive dynamics. In the Rishi stronghold, there are two areas with interactive terminals that will allow you to practice those group dynamics.

The first area is pretty straightforward. When you first unlock the stronghold, there is an arena just off the main dock. When you click on the terminal near one of the gates, a timer will start with a five-second countdown. When the countdown ends, anyone you are not grouped with will be flagged as an enemy. To me, it seems like a great place for gladiator-style fights, in teams or not.

The second area is the large arena in the middle of the sky deck on the ship. This unique area works very much like an instanced PvP zone with a couple of added features. First, there are purple and amber terminals next to the start terminal. Clicking on one of these terminals will flag you as a Rotworm if you click purple or Frogdog if you click amber. The main terminal will start the match as either a deathmatch or as a Huttball match. And the scoreboard in the middle will track the number of kills or goals for each team based on which team you join. 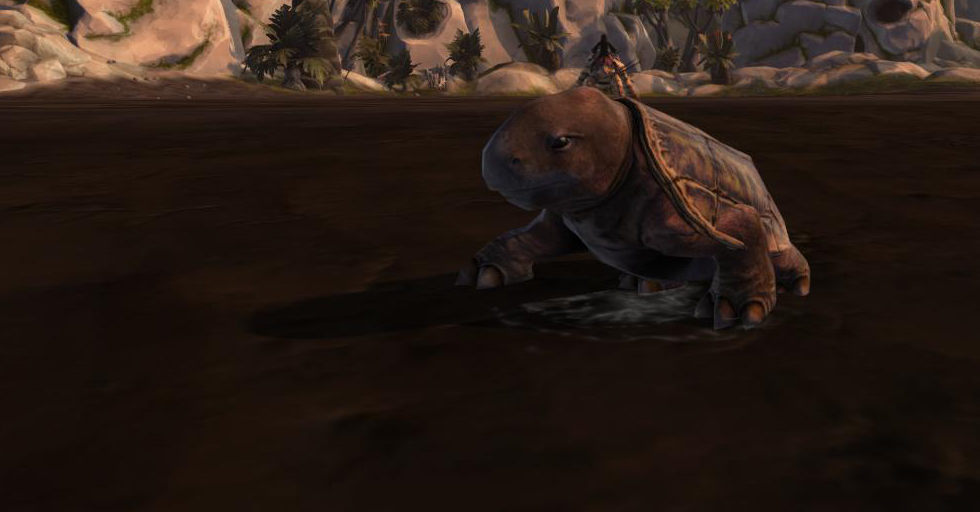 It’s hard to see the flaws given how good the size and innovative design of this stronghold, but there are a couple of things to consider before purchasing this massive stronghold.

First, you will pay for it. Including the initial 2.5 million credit purchase, it will cost 15.5 million to unlock everything. And if you only unlock the ship, it will only drop the price down to 11.85 million. For someone who’s been playing for a long time without a break, that’s not much, but if you’re just getting back into the game after a long break, that might be steep.

Secondly, anyone who is not in your group will be attackable when the PvP zones are active. That means that if you haven’t formed operations groups with 8 in each before hopping into the stronghold, traditional 8v8 Huttball might be a little nasty because of friendly fire. At this time, you are attackable if you’re not in the same group, even if you are on the same team.

Those are my thoughts. Has anyone else jumped onto PTS to take a look at the stronghold? What are your thoughts about it? Will you buy it as soon as it comes out, too, or do you plan on holding off for a while? Let me know your take in the comments below.