END_OF_DOCUMENT_TOKEN_TO_BE_REPLACED
You know how I know Warframe is kicking butt and taking names? Our tipsters are just nuts for this game, and the onslaught of updates just never ends. During this weekend’s devstream, for example, Digital Extremes announced that it’s angling to launch the new Revenant warframe this very week, complete with tie-in quest.

“We hope to release the Revenant next week! With him will come a mysterious mask. You will have to visit Nakak in Cetus to uncover it!” says the studio. “The Revenant Warframe will only be shipping with his shotgun. His melee weapon will follow soon after – it’s caught up with the Melee 3.0!”

And turns out Lucy Lawless is a Warframe fan :)
I hope they can get her in to do some voice acting work!

Dear @DigitalExtremes , I am in the neighborhood. Do you accept visitors? We are big fans of your game #Warframe and you ethical practices!

My heart is full of love for all the beautiful people at Digital Extremes! Great artists, designers, and writers who deserve all the success in the Origin System! One of the best days in memory – thank you everybody!!! #ballasquotes https://t.co/jJ4729mrMw

Am looking forward to Revenant, partly because the ‘frame and its abilities looks cool but more because I really want more Plains of Eidolon lore, especially if it tells us more about the Unum and the Quills…

I assumed she was there to do some voice work, I didn’t realise it was a fan visit. That’s awesome. Now I’m gonna wonder if one of those randos in my Eidolon Hunt is secretly Xena. :D

Be still my heart! Always knew there was something i liked about her…

Thanks allot sophiskiai, this totally made my day!!! 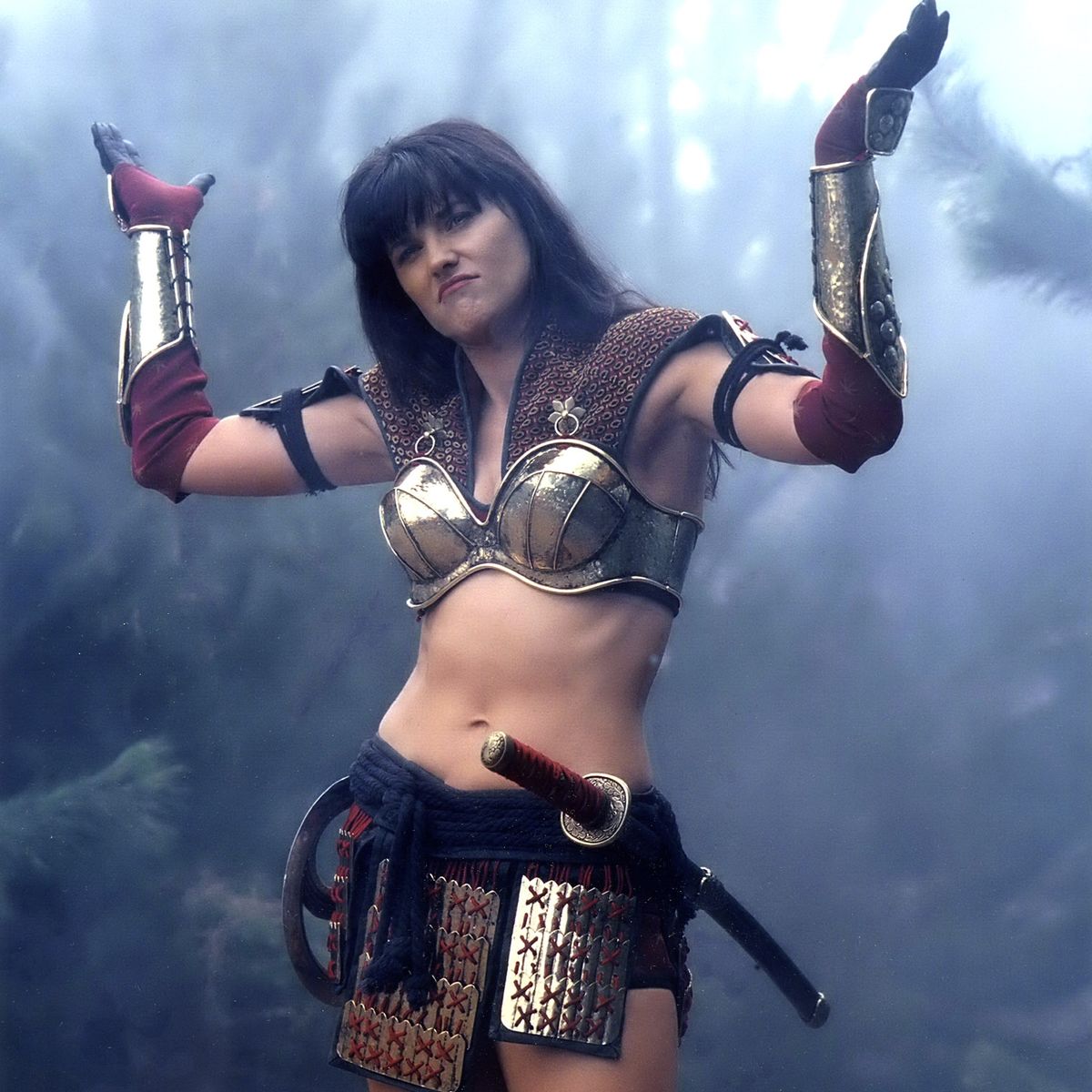 I thought after DE was bought out they would start to suck. I’m glad they never started to suck.

It was because a bunch of pessimists saw that PWE bought some shares and freaked out. They didn’t see that PWE didn’t even buy a controlling share and the company that has a controlling share is Leyou, the chicken supplier turned tech company. And as far as I know the only thing Leyou did was inject money into DE and reaped the benefits.

The injection shows. Last Tennocon was by far better than any of the huge name conventions from Bethesda, EA, they were so boring, run by suits and it shows, Tennocon run by gamer love and it definitely shows.

DE showed the industry how to do a Convention proper.

Oh, that’s a little different. The “huge name” conventions were created by Bethesda and EA to showcase their stuff. Tennocon was created by fans for fans and DE just happens to showcase stuff there.

The thing is the best conventions really are the ones created by fans.

You know how I know Warframe is kicking butt and taking names?

You also know it by watching the game double its playerbase in a single year.

And I’m pretty sure it will get another big bump in a couple of months when Fortuna goes live.

Very interested to see the Top 25 frames based on average use at Mastery Rank. Based on that average, here’s the list, from 1-25. Ones in bold are ones I currently own (at MR16).

I was a bit surprised that Titania was not there. I know, I know, most of her abilities are pretty meh, but her fourth is so much fun and with the changes to exalted weapons you can actually mod her for both strength and efficiency+duration combo, making her great fun to play and a complete beast in all open area missions.

I always take her to Hieracon excavations on Pluto and even after 20 excavations when the swarms of mobs get to around lvl 100 she just hovers above them all and slaughters everything in sight.

I don’t have her yet — but I’m actually on the last leg of The Silver Grove, so I should have her soon!

My go-to on Hierachon is usually Nidus or Saryn Prime these days — or anything with good CC or spreadable/AOE DPS. Though if I want to autopilot I will usually do Mesa + Peacemaker. Regulators are just that good…

If you have Limbo / Prime, give it a try. But it gets a bit boring after a while, as all the enemies in range are basically frozen potentially for 40+ seconds with a one / two button presses. Nothing will touch the excavators or anyone inside the bubble.

The problem I have with this, though, is Nullifiers taking down Cataclysm. Once they start popping in a Corpus mission, you have to start paying attention and have to be able to take them down quick. I find Limbo ain’t the best for that.

I think people don’t bother with her because the plant collecting part of the quest is a bit of a pain in the (elf) butt. But she’s super fun to play, especially with the Razorwing Blitz augment to really boost her Dex Pixia fire rate into the stratosphere.

Yes, plant collecting got old fast. I know you can summon those Spectres using the plants later on if you want but…who actually would do that?

Someone who wants the unique mods that only drop there. XD

Pistol Amp and Growing Power only come from Knave, IIRC, and Feyarch is the most reliable (~36%) source of Final Harbinger.

Ooh, didn’t know that… time to start scanning some plants :)

It is probably because not only are her abilities kinda meh, the quest to get her can be frustratingly difficult for people. Given the time reset on Earth to get the necessary apothic ingredients, unless you are actively looking for the right time, you can miss it.

I also find her super useful for Maroo’s weekly Ayatan treasure hunt, there are probably other ‘frame abilities that can help with that damn wind tunnel but I find her #4 the most straightforward.

There’s also this bar graph, which merges all the variants: https://www.reddit.com/r/Warframe/comments/98nsjc/made_a_bar_graph_from_des_information_releases/

I was actually surprised at how low Trinity ranked, between the fact that she’s meta for both Sorties and Eidolons and the Twitch Prime giveaway.

Is she necessary for Sorties though? The endless Sortie missions still end after 10 minutes/2 transmissions/10 rounds, so it isn’t long enough you really need to worry about endurance. The other missions you are probably just skipping to the objective anyway. Eidolons sure, Sanctuary, sure….. but I don’t think a large amount of the playerbase does those routinely. Just look at the top 5…. none of those are really meant for Eidolon hunting.

Nova Prime is my favorite, she’s just so much fun. I know that working on and finding fun in other frames is something i really need to work on.

If you’ve got a ‘frame you like playing, nothing wrong with sticking with it till you feel like a change :)

That’s just it though, frame after frame i always can’t wait to get back in my Nova. TBH i haven’t gone through allot of frames so one day i’m sure another will click.

SO I think the only ones of those I am missing are Ivara (no desire to farm that, Nidus (next on my list) and Volt Prime (don’t wanna pay for it…though I probably will eventually).

Very surprised no Nova on the list. I see her all the time, and Molecular Prime is so damn powerful you’d think it would be. A little surprised no Oberon(or Prime). Considering how easy it is to get and that his rework made him very excellent for support and defense, I would think his usage would have gone up. Then again, as he lacks real CC, people probably rarely use him in solo or small groups.

For those in the know: will the melee rework allow us to dual-wield melee and secondary? I’ve built up a one-handed Zaw with just this in mind, but I’m still a little uncertain what’s happening on that front.

Sounds like it’s planned for it. I thought I heard about it in the last Dev stream (114). Here’s where they talk about it: https://www.youtube.com/watch?v=RozkCKtNInI&t=45m15s .

They didn’t show it because not everything was working in the Dev build they were playing, but it sounds like it’s happening.

Thanks! I’m *extremely* curious about this planned feature. Things like: How will blocking work? Will zooming on the secondary be possible? How will models/animations be done (given that everything defaults to a right-handed grip)? Will standard melee combos be possible? Etc.

It will likely work the exact same way it does now with throwing melee and secondary.

In other words, you can’t block with the melee, might mouse is still zoom. One handed secondary is in left hand. You can’t do stance melee combos, you get a quick melee combo, and the combo multiplier DOES function, but you can’t see it.

It is very fun to play with the right combos. I have a Magnus+Cerata build I have a ton of fun with as I have some great rivens for them and they have a max disposition (200% multishot on Magnus and 94% slide critical on Cerata + Meme-ing strike……).