The first alpha test for Fractured has not yet begun, but you can get a taste of what it’ll be like with a look at the map of Myr, the continent used for that first alpha test. Myr consists of 40 square kilometers of land for players to roam across and forge into something; it’s meant to be large and untamed, while at the same time full of places to work and things to see even before player settlements start popping up all over.

And player settlements are meant to pop up; you can see the sites for those towns marked all across the map, along with mines and roads to serve their own functions. The designers are already hoping that the map is larger than what players would normally expect, so perhaps it would be best to take a look at the map and evaluate if it’s even bigger than expected after all. Or just read about fun things like Kickstarter pledge integration; that’s there too, but it’s not marked on any map.

For those of you who may not recall Fractured in any detail, it’s an isometric sandbox with an emphasis on player cities, opt-in PvP, and an emphasis on lore and setting. Its rather modest Kickstarter funded back in July with $130,000.

Source: Official Site; thanks to Luvly for the tip!
Advertisement

That map style looks a LOT like the ones you can build/design in Age of Wonders 3 map designer…like, a LOT.

Similar in some ways, yep. I think certain parts are similar in a lot of entertainment mapping though. Circles for settlements, pickaxe for mines, and all that are highly common elements. Where the similarities to AOW3 are sure, that in itself was noteworthy as being fairly close to the majority of high quality hand-drawn maps. It’s a common style for them, actually.

Then there are the differences. Trees and such seem to be single size in AOW3 map editors. There are some details you can’t get. The road/river setup is slightly different. The terrain looks less flat. Water style is different.

The more I compare, the more different they seem, tbh.

Yes it’s similar to other terrain type maps but it’s not like it was made using Age of Wonders 3 map designer like he’s implying. They’re quite different other than common elements that they all use on these maps. Especially if you look at the full map (which I linked to above), you can clearly see the stuff looks extremely different.

While I wouldn’t care what they used to make up a map – I have to highly disagree with you. This one has far more of a hand drawn look.

Especially when you look at their full map here: 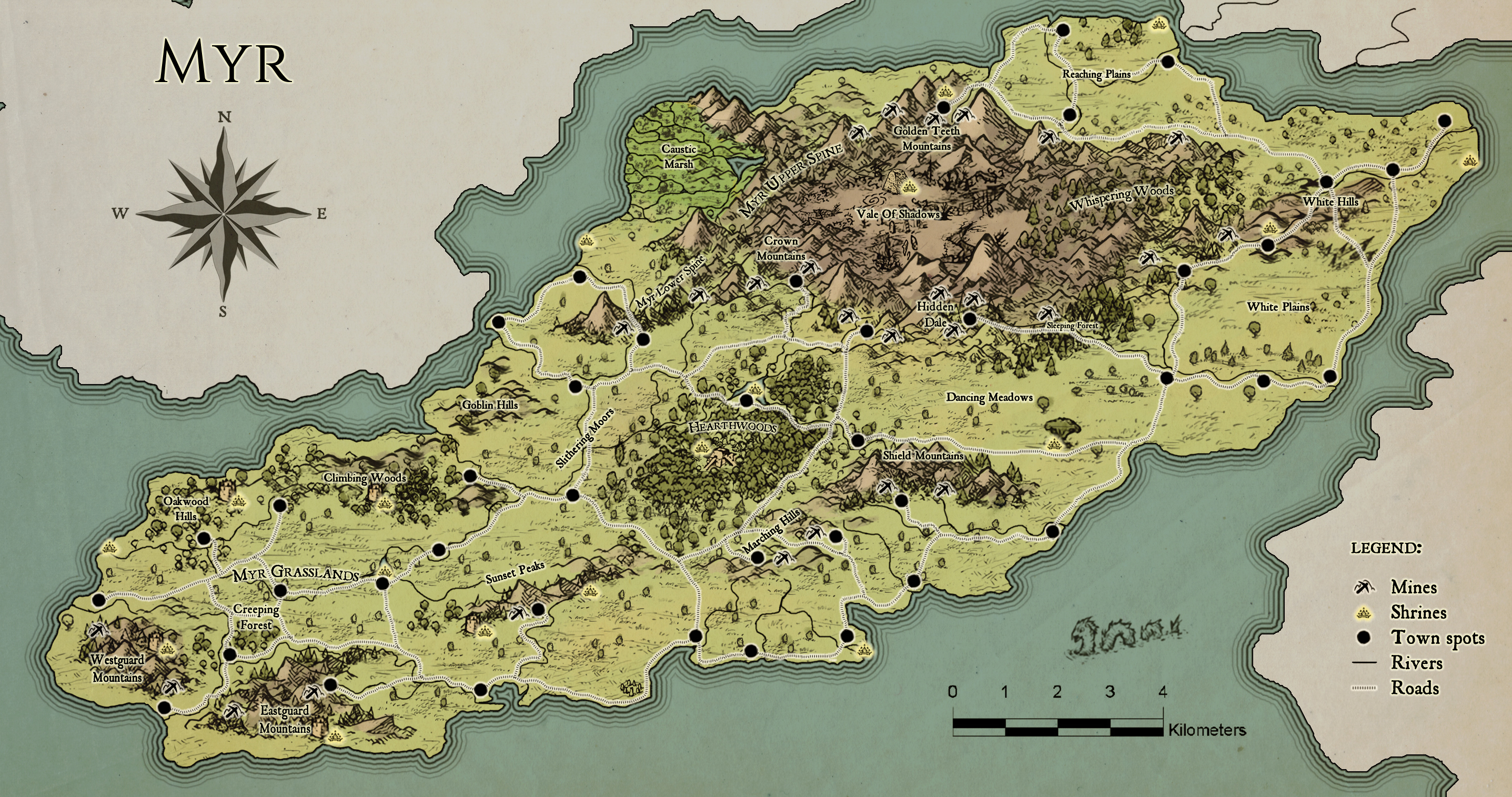