Those who have been paying attention know that Update 5.9.3 launches for Star Wars: The Old Republic on Wednesday, September 26th. And if you’re a huttball fan, then you’re probably looking forward to this addition to the game because it features a brand-new map for the SWTOR-specific game set on the planet Vandin. Many players even took to the PTS to give direct feedback to the developers so that the map works really well. Based on what the developers have stated in their livestreams and on the official forums, this is probably the one PvP map that contains the most adjustments based directly on player feedback. Even though I’m not a PvPer, I will likely jump into that arena more than a few times.

END_OF_DOCUMENT_TOKEN_TO_BE_REPLACED
But that’s not what I want to talk about today. Today, I want to talk about the planet hinted at in the Fall roadmap. Producer Keith Kanneg wrote about Update 5.10, saying, “[T]he next phase of the SWTOR storyline will kick off with a bang on the ancient Jedi world.” Let’s look at the clues that tell us exactly which Jedi world that is, why I am excited to see that world, and what we will likely see on that planet. I don’t think I have to mention it at this point, but I will: Possible spoilers ahead, but only if I am right. 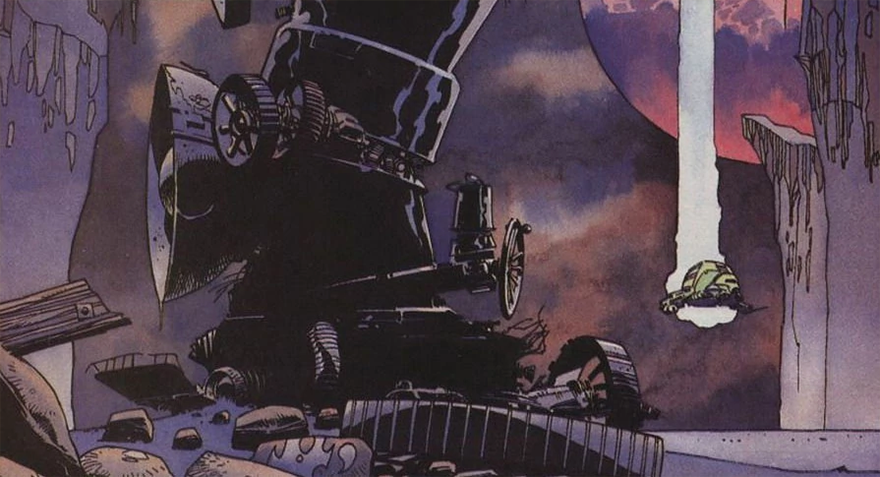 If you’re still reading, then I assume that you don’t care about the possible spoilers. Or possibly curiosity has overwhelmed you to the point that you’d rather be spoiled than remain in the dark! Kanneg gave us two paragraphs’ worth of clues that point us toward the correct planet in the roadmap:

“With Game Update 5.10 – Jedi under Siege, the next phase of the SWTOR storyline will kick off with a bang on the ancient Jedi world. Ravaged by a cataclysm centuries in the past, this beloved planet has been part of Old Republic stories since the original Tales of the Jedi comics, and we’re really excited to bring it to life for our players as a new Daily Area with separate Republic and Imperial storylines.

“With this ancient world, we will see the return of several fan-favorite characters as well as the introduction of some exciting new characters including a powerful Jedi veteran (not Revan) who will join Republic players on their mission to protect a hidden Jedi base and a deadly commando who will aid Imperial players in their mission to destroy it. Over the coming months, we’ll bring you more details about the planet and offer more insight about the conflict.”

And if you look at the roadmap thread on the official forum, you’ll notice that the second post down reveals that my guess is that the unnamed planet is actually Ossus. 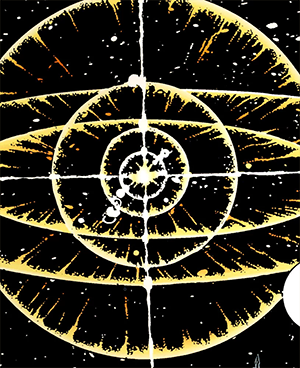 The actual first clue is Kanneg’s use of the word “bang.” I don’t think that was just a buzzword. I think was intended to tell us what happened to the world we are about to visit. Then, as if to hit that clue once again, Kanneg say it was “ravaged by a cataclysm.”

During the time of Exar Kun, the Krath illusionist Aleema Keto used Naga Sadow’s Corsair to rip the core from one of the stars in the Cron Cluster, hoping to eliminate the entirety of the Republic fleet. Well, it worked, sort of. The Republic fleet was eliminated, but so was the Corsair, Keto’s partner-in-crime Crado, and Keto herself. The inciting wave of destruction called the Cron Drift spread to all the surrounding planetary systems, including Adega system and the planet Ossus. I think that counts as a cataclysm.

The second clue is a simple one, but it also fits Ossus: “ancient Jedi world.” After Tython, many Jedi settled on the planet Ossus. They established an academy there, and many Jedi including Nomi Sunrider and Ulic Qel-droma would train there. At the time of Sunrider and Qel-droma, Ossus housed the largest Jedi library ever assembled. It was supposedly even larger than the libraries on Tython. I think that counts as an “ancient Jedi world.”

If you didn’t guess by the names I’ve used (Exar Kun, Krath, Aleema Keto, Crado, Nomi Sunrider, and Ulic Qel-droma), Ossus was primarily mentioned in the ’90s comicbook series called the Tales of the Jedi. This actually one of my favorites Star Wars comics of all time, and Kanneg included it as a clue to the name of the planet.

Clearly, we are going to find remanents of the Jedi Library there. I think that goes without saying, but what will be there that’s maybe not quite so obvious? The first one is a tree.

The first head librarian for the Jedi archive was its creator, Odan-Urr. He was a very long-lived Jedi who saw the invasion and destruction of the Sith under Naga Sadow, revisions to the Jedi Code, and the rise of the Krath. Ultimately, he died on Ossus by the hands of Exar Kun when the younger Jedi stole a Sith Holocron from the Library.

Urr was replaced by his long-time protege Ood Bnar. Those who once played Star Wars Galaxies might recognize that name because Bnar’s [B’nar’s] Sacrifice was the name of one the highly coveted lightsaber crystals in SWG. The crystal was so named because Bnar, who was a member of the plant-like species called Neti, rooted himself into the surface of Ossus to protect a cache of Jedi knowledge.

I suspect we will find what’s left of Bnar on Ossus as well as other protectors of the Jedi archives who are now the feral Ysanna. Of course, I believe we will find much of the Jedi Library in different states of destruction. I’m unsure who the two people are that Kanneg mentioned – the “powerful Jedi veteran” and the “deadly commando.” The fact that he said “not Revan” makes me think that we know these characters, but it could literally be anyone whom we’ve met before.

I’ll probably enjoy it, since the content i enjoyed the most since Vanilla were RotE and Iokath, but i think the game is worse of than if it was in maintenance mode, this way they can keep on screwing things that are still working fine.

They can’t fix the colour of hair meshes, they simply don’t have the skills needed to run an MMO.

Since RotE all they have done are really just flashpoints, event KotXX are basically a bunch of flashpoints with some cutscenes connecting them.

Someone should make a Star Wars MMORPG someday.

Kindly: Pre Ordered SWTOR D.Deluxe Edition. Sub Since Launch up to End of 2016. Returned Oct. 2017, but Sad cause Still Lack of Proper Mmo Content & no Good Plans for it on Sight.

actually Marvel is a bigger IP then Star Wars easily.

Not sure but whatever it will be will cost $4.99 to unlock I’m sure. ;p So… when are we getting another Star Wars IP MMO? Oh right Disney… nm. It would probably just be another cash shop heavy grindfest anyway. Why George why?! We forgive you for Jar Jar! Come back!

And it would still probably be better than the current state of SWTOR. They need to return to class stories, as long as the game is still one size fits all it will continue to be mediocre at its best.

Yeah the class stories are what made it. Truthfully the whole nights of the fallen empire expansion seemed to be tailored just for a sith/jedi.

but I doubt they will ever return to 8 class stories or even 6 if they merged the jedi/sith class stories into one. Even with making 1 whole story you can complete all of the content in kotfe and kotet in a few hours where as doing that on even 2 of the old class stories took way longer. The new expansions should really take much longer to complete and they dont…

Although it’s not 8 class stories, there will be a Republic story and an Empire story according to the livestream.

Id be alot more excited with another expansion, story and more importantly my never returned apprentices, padawans and lovers returning. I mean when the hell will jaessa/kira/nadia return to the damn storyline? They said a peep since shadow of revan and barely said anything on makeb.

This is the only active starwars mmo and they need to treat it that way. It promised story and ended up condensing it down to one for all classes. The game either needs more resources or a bigger team.

I admit I’m not following SWTOR too much lately, but aren’t DS Jaesa and Nadia already scheduled to return?

I think that’s just a rumor…. would be kinda defeating the point of “choices that matter” too for those of us that have lightside jaesa to end up with a darkside version of her.

I did read a tweet about one of the writers planning to finally give us a lightside romance for jaesa but that’s all I’ve seen.

It’s not a rumor. Charles Boyd said they are coming back. Light-side Jaesa is coming back, too, but the story will not be ready by the time 5.10 launches.