During the recent Pokemon Go community day event, trainers were surprised and confused to discover a strange, new Pokemon kicking around alongside the community day’s star, Chikorita. The unusual creature, which looks a bit like a white Ditto with a hexagonal nut stuck on top of it, appeared in droves near the end of the community day event. When encountered, its name and CP rating both display as “???,” but when captured, it transforms into a normal-looking Ditto.

Adding to the bizareness of the situation, according to a recent VG247 article, dataminers have discovered that the model’s name is Kecleon and that it’s registered as having the Pokedex number 891. There are a couple of strange things about that: First of all, Kecleon is an actual Pokemon, but it looks like a chameleon, not a hexagonal-headed blob, and its Pokedex number is 352. Secondly, a Pokemon with the Pokedex number 891 would be part of the unreleased eighth generation of Pokemon, which will supposedly be introduced with the release of the next main-series entry on the Nintendo Switch.

Speculation, of course, is rampant, with some players suggesting that this odd critter is a brand-new Pokemon, perhaps even the fabled Ditto evolution, while others argue that the model is just a placeholder and that its appearance in the wild was unintentional. It remains to be seen who, if anyone, is right, but hopefully Niantic will shed some light on this mystery soon enough.

We’ve been calling it Nutto. 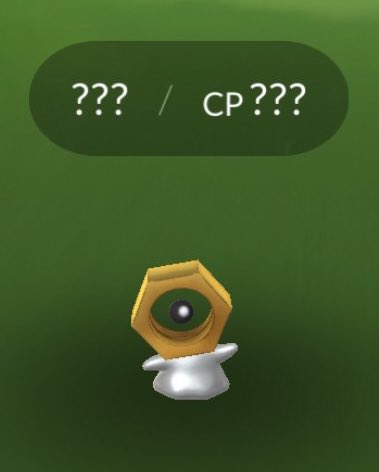