Much praise and hatred have been tossed at Star Wars: The Old Republic for its decision to focus more heavily on the single-player aspects of the game. Some people have really enjoyed the meaningful decisions that could be made during the Knights of the Fallen Empire and Knights of the Eternal Throne storylines. Others have hated the fact that it didn’t feel much like an MMORPG because the story was so personally focused, and as we experienced in last week’s livestream, some parts of the story totally prevent multiple players from even observing the story.

END_OF_DOCUMENT_TOKEN_TO_BE_REPLACED
When it comes to members of the roleplay community, storylines are mostly used as flavor for telling player stories. No one actually incorporates the main storyline into his or her personal story. For instance, I have had characters who worked for the Eternal Alliance, but none of them was the Alliance Commander. Personally, I enjoy weaving my characters into current galactic events. It makes for interesting cantina conversation. However, there is one conversation piece that has done more than become a topic for bar talk. Indeed, it’s divided the roleplay community: Who controls with Sith Empire? 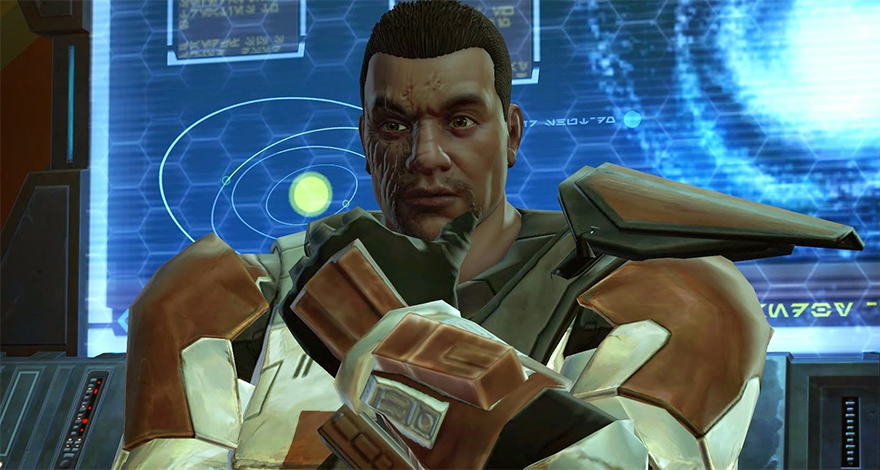 If you’ve not played the Forged Alliance storyline set up for the Shadow of Revan expansion, I’m not going to spoil anything, but the idea is to take two disparate storylines (the Republic and the Empire) and converge them into one. That way it makes sense for both factions to run the same storyline, which obviously is easier for the team to develop.

To accomplish this, BioWare took four flashpoints and made them mirror images of each other. As a Republic character, you attack Korriban the defend Tython. As an Imperial, you attack Tython then defend Korriban. From a story standpoint, the mirrored flashpoints take place at the same time.

It wasn’t the most original idea, but there were enough storytelling differences to keep things interesting. With the Iokath story, BioWare attempted to do the same thing but reversed. This time, the idea was to take the singular story of KOTET and give it a dividing point that makes sense. This decision didn’t pay off until a few chapters later, but the storylines started to divide when you had to choose between the Republic and the Empire again. But this time, the pay off wasn’t as great, and it also served as a catalyst for a divide in the roleplay community.

Initially, both factions invaded Iokath in search of a superweapon, as one does (this is Star Wars, after all). In the Forged Alliances storyline, the stakes weren’t very high, and whatever happened was going to happen anyway. Your choices were mostly just flavor for an inevitable outcome. But on Iokath, you had to decide to support the Republic or the Empire, and in doing so, you set off a chain of events that would ultimately kill off a character. 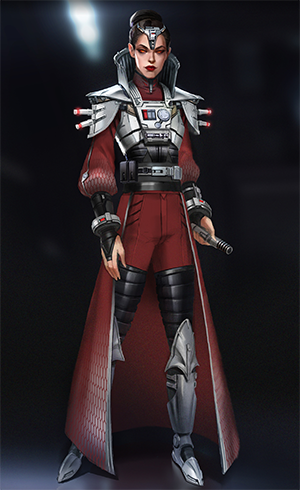 A military leader vs. an empress

In real life, you can’t really weight one life over another, but when you’re talking about a fictional story where one death will mean that one of your companions will be slightly upset for a time or an entire society will shift, then I think you can say that one death will have more impact than another. During the Iokath storyline, the enemy faction creates a terminal that poorly emulates the original superweapon terminal. This ultimately kills whoever sits there. I’ll be honest, I’m not certain what actually happens. It was convoluted and not the best storytelling BioWare has ever done. But that’s not the worst part: After this short chapter, it’s possible that a whole nation is without a leader.

If your storyline leads to the death of Acina, Darth Vowrawn takes over. The Copero storyline talks about Emperor Vowrawn having to deal with a half a dozen planets with resource shortages. But if Malcom dies, nothing major happens with the Republic government what wouldn’t happen if Malcom hadn’t died. And herein lies the problem in the roleplay community.

Xenophobia runs rampant in the Empire. We see it from all sort of characters in the original storyline, especially if you play a non-human/non-pureblood species. However, there are sects of Imperials who have a more laissez-faire approach to other species in the Empire.

After the Treaty of Coruscant, the Dark Council decreed that all Force-sensitives in the Empire would be trained to become Sith or die trying. This is most evident in the Sith Inquisitor storyline when Overseer Harkun calls you a slave over and over. This means that slaves could ultimately become leaders in the Empire. We see this in SWTOR canon during the Zakuulan attack on Korriban: A lethan Twi’lek name Darth Atroxa leads that battle. We also see this in the book Annihilation when the Faleen Darth Karrid became a member of the Dark Council for a brief time.

A number of roleplay groups have taken the divide between the xenophobes and inclusionists to heart, applying a political leaning to their character. I’ve seen some great in-character debates regarding the state of the government because of the alien influence on the Sith Empire. However, this divide has been now taken a different twist because of the story divide. The traditionalists have taken to calling Darth Vowrawn the Emperor and reformationists call Acina the Emperor. But this also conflicts with the way the story plays out.

Traditionally, the Republic “canon” story leans on the light-side decisions, and the Imperial “canon” story leans dark-side. This makes a lot of sense given the nature of the stories. It doesn’t mean that choosing storylines that subvert expectations aren’t fun, but the clearer story happens if you follow that guideline. When the stories converged, things changed. Which choices were “canon?” Well, thankfully, the KOTFE/KOTET storylines didn’t really affect too many roleplayers… until Iokath.

BioWare developers haven’t helped either because they are trying to sell all choices as being legitimate. “Whichever choice you make is canon to you,” has been their stance, but that doesn’t help the greater community. And despite Charles Boyd promising to get more information out to the community explaining how the current Empire works, that doesn’t stop the debate among the roleplay community about who sits on the throne of the Sith Empire.

The arguments for both sides make sense, too, which makes the debate worse. You’d think that Imperial characters would say that the choosing the Empire over the Republic only makes sense because they are Imperial characters, meaning Acina is still alive and reformationists lead the Empire. However, traditionalists argue that most depictions of the Outlander in media are of a Jedi Knight, which means that the Republic choices would be “canon.” And in that case, Vowrawn is the Emperor.

It makes my head explode. And honestly, I don’t know which way is right; I won’t know until BioWare says something specific, which isn’t going to happen. I know that many of you aren’t roleplayers, so I will phrase a question this way: Is it good for BioWare to have created this kind of divide? Do you think BioWare should define which story is canon? Let me know your thoughts in the comments below.