In last week’s edition of One Shots, I issued perhaps my most peculiar challenge yet. I asked readers (for once) not to submit any of their own screenshots but rather their favorite pieces of MMORPG concept art. This proved to be quite the siren’s call, and the column was deluged in gorgeous pieces. I know I had a hard time picking out just five of my faves!

We’ll start with this amazing piece done to honor a late, great superhero MMO. “Does post-concept art by the lead artist count?” asked Hikari. “Spirit of Paragon was made after the announced closure of City of Heroes. This is such an evocative image of the spirit to move forward and onward despite the loss of the past.” 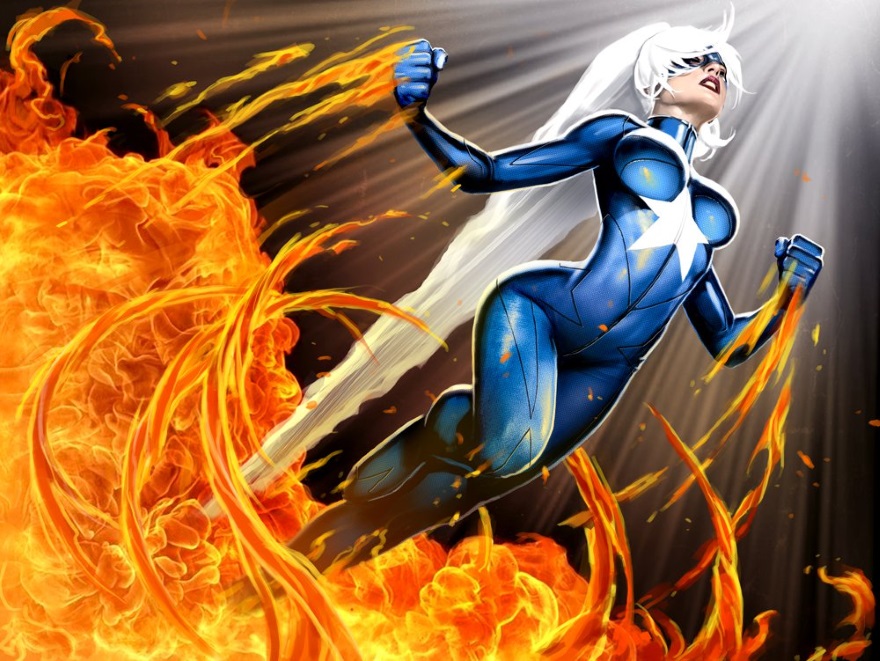 “I don’t know if it’s the limitations of the HeroEngine, or just Bioware choosing the style, but I have to wonder if only Star Wars: The Old Republic more closely matched some of its fantastic concept art,” wrote Rees Racer. “I suppose hardware limitations (for the players) back at the start of the decade played a significant role as well. Regardless, I’m ready for a new Star Wars MMO.”

I second that — the cosmetics really could be a bit better, especially when you look at concept art and the cinematics. 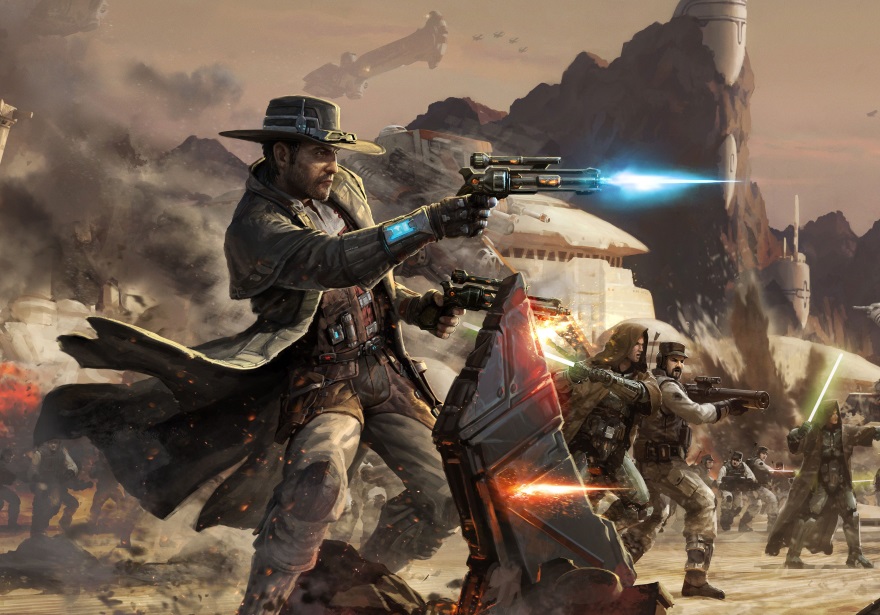 “Here is a nice sun setting sample from Sword Art Online, which was a MMO that never really moved beyond the concept,” said Utakata.

I nominated this one because I liked the genial, warm feeling that a bunch of relatively happy-looking adventurers radiate. Often people in concept art look angry and constipated and angripated, but this piece tells you that this isn’t going to be that kind of game. 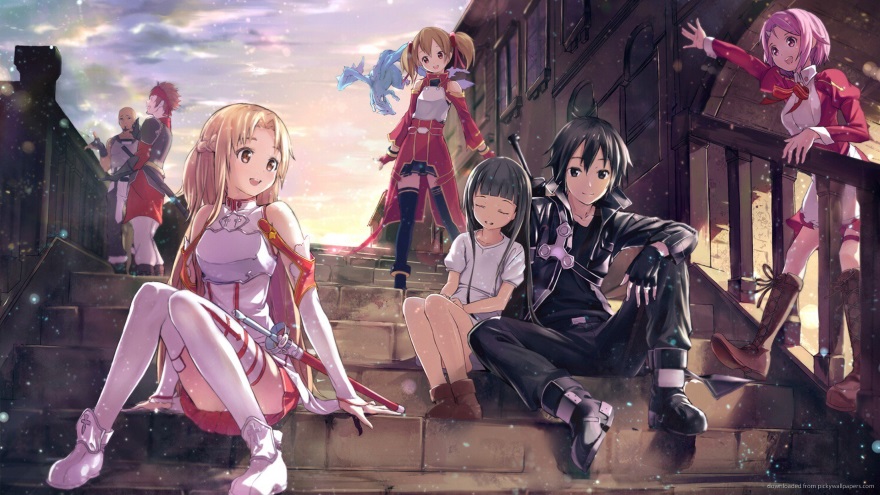 Miol thought that this Guild Wars 2 image was good enough for museum walls: “What kind of concept art looks more pristine than a city (of anthropomorphic polar bears, nevertheless) inspired by Tibetan monastery architecture, which is at the same time a sailing iceberg vessel?” 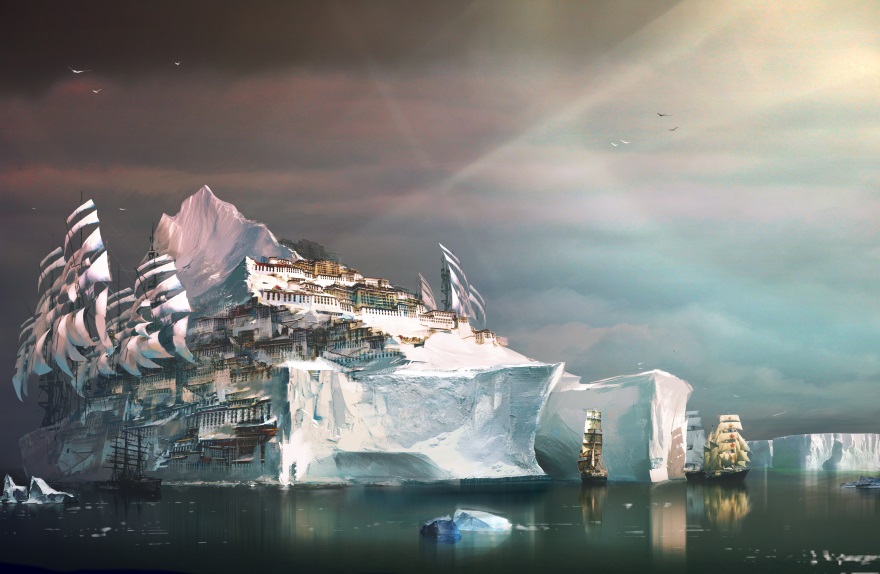 I think this may be one of the only pieces of Lord of the Rings Online concept art that I’ve never actually seen before. Amorey posted this, saying that it was a “favorite.” Looking at these Hobbits, man, it makes me crave a massive graphic and art upgrade to include these kinds of models! 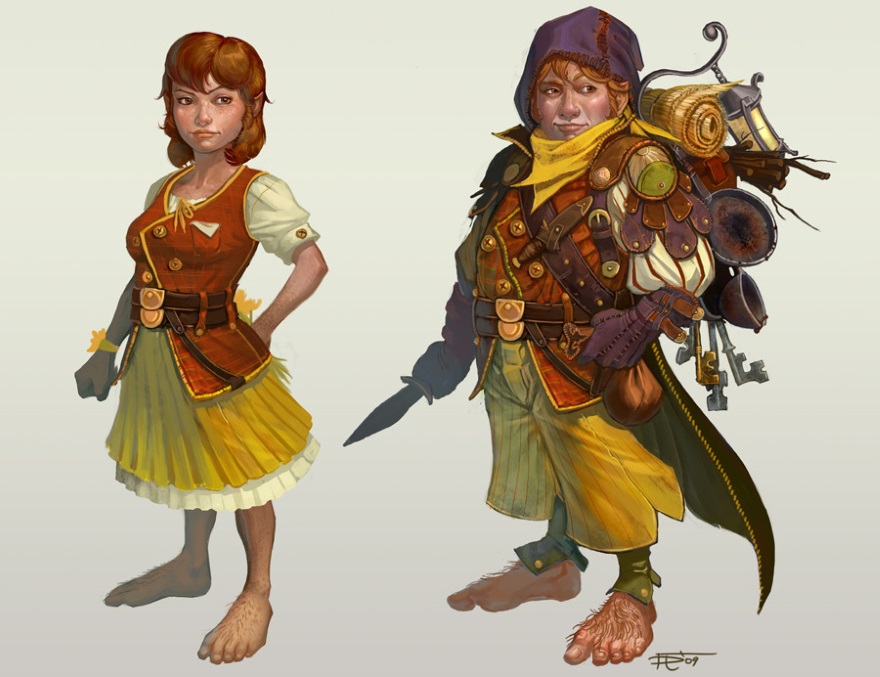 As fun as that was — hairy toes and all — lets get back to sharing our own in-game photography! We’re all pretty used to the screenshot trope of a character sitting or standing with his or her back to the camera and looking out at a gorgeous vista. But have you ever taken one of these that really wowed you? Let’s see it!

My Superman protege in DC Universe Online takes in the view of Earth from the Justice League’s orbital headquarters.

I always enjoy seeing the clones running around that other superhero MMO, how spot-on their appearances are and the silly names players come up with to get around the filter.

You can choose an aetheryte at random and come across any number of amazing landscapes in Final Fantasy XIV.

Vistas you weren’t supposed to see? Oh, yeah. I love those. So, there is this one.

The thing about Lyns in BnS is that they are little and very agile. So, there are occasions when you can take advantage of this and end up exploring places you aren’t supposed to see. Heh, BnS isn’t much of an exploration game, but with Lyns, you can make due. And the great thing is your cat just follows right along.

Booted up ESO. All I remember from the first time I tried it was so much gray and brown. But I was just puttering around outside Daggerfall, and stopped on the beach outside the menagerie. Already missing the beach vacation from last week.

Oops, Summerset, not Daggerfall, I kept jumping around. Forgot I came back to where I started.

The first is BDO from when it launched so before the graphics update. The other two are from WoW. I’m always amazed at what Blizz’s art team does.

Like many, when Destiny 2 launched late last year, I played it for a few weeks, then put it away. I was persuaded by friends and good reviews to have another go with the Forsaken expansion, and have been enjoying it all very much. All the challenges and co-op stuff is good fun. First, I needed to get through the first two expansions, though. ;)

During the Curse of Osiris missions, the Infinite Forest inside Mercury’s core transports you to different times in the planet’s history. I was struck by the beauty of the iteration from the past, when the Traveler had transformed Mercury into a garden world. I decided to take a moment and have a look at the sunrise.

I may still go back for Forsaken. Wow, nice cap.

Aye, the Curse of Osiris DLC always felt “thin” on content to me, but there were some very beautiful elements there, nonetheless.

I now suspect that the main reason the DLC felt so thin is that the developers were putting most of their time and effort into creating the Forsaken expansion.

There’s a lot of good stuff in the Forsaken expansion, in my opinion, Rafe — more than you might expect. Worth a look at least, if you’re at all interested.

Nice one, Rees. Thanks!

Here’s something on the rustic side…

…here’s something a bit more Bavarian…

…and finally, something of a mystical quality. <3

PS: Thank Mr. Justin for again plugging another “screen” of mine (2nd week running I believe). But for qualification purposes, I am not sure that was concept art or an elaborate art. As SAO image came from my immense anime wallpaper database. And had noted it as a tongue-in-cheek take on “concept” art. But either way, thanks for putting up there! /bows

Ah, yes. Near Hogshead? Some of the most beautiful vistas in the game, for sure.

Oh boy, that recent challenge was killing me! Last week, it took me hours to pick a #1 favorite! Thank you, Justin for featuring it! /bow

But this time, I just needed to look for some shots I haven’t posted yet, since taking ones wowing me, is my primary goal most of the time, anyway! On the other hand: I’m easily wowed! ;P

To be in awe, when visitng an Elder Dragon’s former lair for the first time, was also very easy for me! XD

BDO is a beautiful game, it can’t really be argued. I have an endless string of pics from that game that fit this request, but we’ll post one using the new remastered graphics.

Heh… it posted one of the ones I deleted as well, but that’s okay. I love that you can rotate the camera for high rez portrait shots

Some other shots from GTA:O, Conan Exiles, BDO and Secret World

Wow. We are getting close to a photorealistic game here. That first cap is amazing.

This is Lareilayinn. Like many of my Tyrian alts, she’s fresh off the tree. In her case, however, it was a thoroughly involuntary endeavour. Now she wanders the world, stumbling from one crisis to another and wondering when this war will end. In the meantime, she’s loading up on some pretty freaky looking weapons.

Oh right, this week’s topic. There’s no character in this shot from GW2, the view was too much not to simply take it from my mesmer’s viewpoint!