Yesterday, Star Wars: The Old Republic released its latest update called Fame and Fortune. I’m not exactly sure why BioWare called it “Fame and Fortune” when really the only big thing that this update is a new Huttball map called Sky Shredder. Of course, there is also a smattering of quality-of-life additions, like being able to reach the roof of your Manaan stronghold again. But when you look at the patch notes, you’ll notice that they are very sparse other than the mention of Vandin Huttball at the very top. And that might be enough.

END_OF_DOCUMENT_TOKEN_TO_BE_REPLACED
Huttball has been one of the highlights of SWTOR since it launched, and I am stepping into its new map having loved the first Nar Shaddaa map and significantly disliking the Quesh map. So where does Vandin Huttball fair after my first impression? I’d say middle to good. Let me break it down. 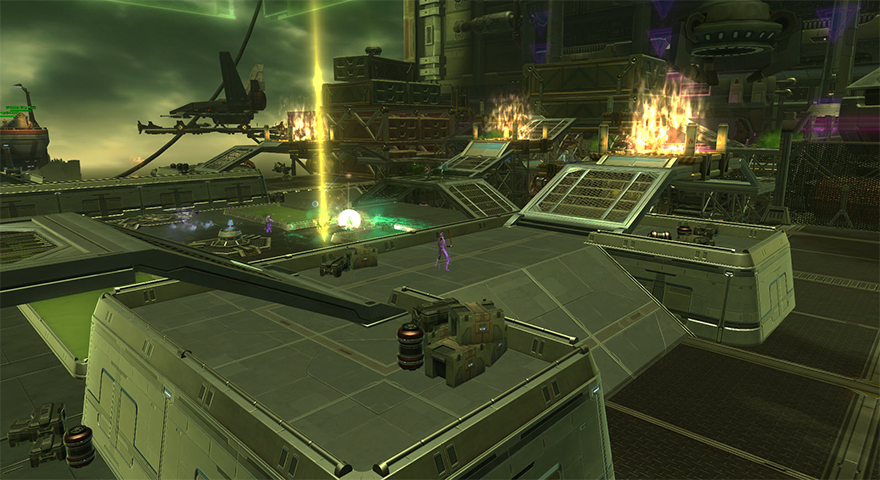 I’ve always described Huttball as capture-the-flag, except you can throw the flag to your teammates. Or if you play meatspace sportsball, it’s sorta like soccer, only you are encouraged to fight and break the rules. Conceptually, it’s simple and very innovative. When it launched with SWTOR back in 2011, we were surprised that no one else had thought of it yet, but were very glad that BioWare did. This gameplay style has really become the cornerstone of PvP in SWTOR.

The rules are basically soccer or hockey. In the center of the arena sits a Huttball, a glowing orb that will explode if you hold onto too long. The object is to take that Huttball to the opposite side of the arena. Every time you pass the goal line, you get a point. Earn six points and you win. Have more points than the other team when the timer runs out and you win. Or, if you’re tied, have possession of the ball when time runs out and you win.

Along the way, everything will be working against you to prevent the ball from crossing that line. First, of course, there are other players in your way who will attempt to slow you down and defeat your character, using whatever abilities they have to take you down. There are also traps along the way that will slow you down, cause damage, or both. Then the terrain, itself will slow you down. In all the Huttball maps, there is scaffolding that is laid out in a way to significantly reduce your speed. And lastly, of course, just holding the ball will give you a speed reduction debuff. But to help you move the ball down the field, you are allowed to pass the ball — hopefully, to a teammate, but it can be intercepted. 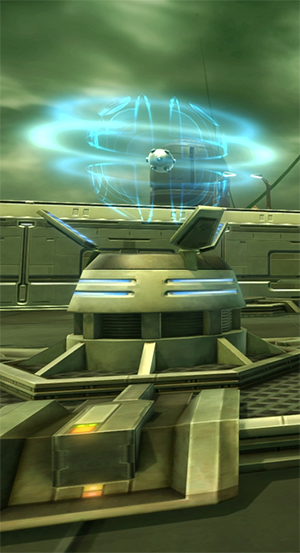 The original Huttball on Nar Shaddaa was basically an open field with scaffolding over the large trench in front of the goal. Queshball set the goals on the upper ring of the arena with the ball respawning on the bottom level. Vandinball returns to the Nar Shaddaa standard. On each side of the court thereare large trenches with scaffolding sitting above them. In fact, when I first saw the map on the loading screen, I thought it was Nar Shaddaa Huttball. However, Vandinball has more traps and the scaffolding seems to funnel the players through more turns, but I’m not sure that’s completely true because the map itself doesn’t actually seem to have more turns. However, muted colors and gray-green lighting of the entire field does make the map feel more confined.

Vandinball introduces us to two new traps: the electric traps and the poison pits. The original traps are there, too: fire and acid. The fire traps sit along the scaffolding and will do significant damage — probably enough to kill if you’re carrying the ball and walk through one. Acid pits are very similar in damage to firepits in general, but unlike fire pits, they are always active. The new poison pits activate periodically, and if you’re caught in one, you will not only take damage from being in the pit but be afflicted by a DoT that your healers will have to fight hard, else you will die. Electric traps don’t actually do much damage, but they will lock you in place if you’re caught in one, making you an easy target for enemy players.

Grapple pads are a new introduction to the Vandin map, too. But I’m not really certain what to make of them. I mean, I used them, but not strategically. They were more of a question of “what’s this?” Maybe as the map becomes more familiar, the grapple pads in the trenches will become more significant.

The Vandinball map is supposed to be bigger than the original Huttball map, but I didn’t really feel it. Perhaps I didn’t notice because my Marauder has a significant number of gap closers making traveling fairly simple. But like I said before, the map felt narrower. And I would guess that’s because the playable area is actually narrower than the original map. The mid area seems to have less space to run around in, and the outer edges appear to hold a bunch of wasted space. 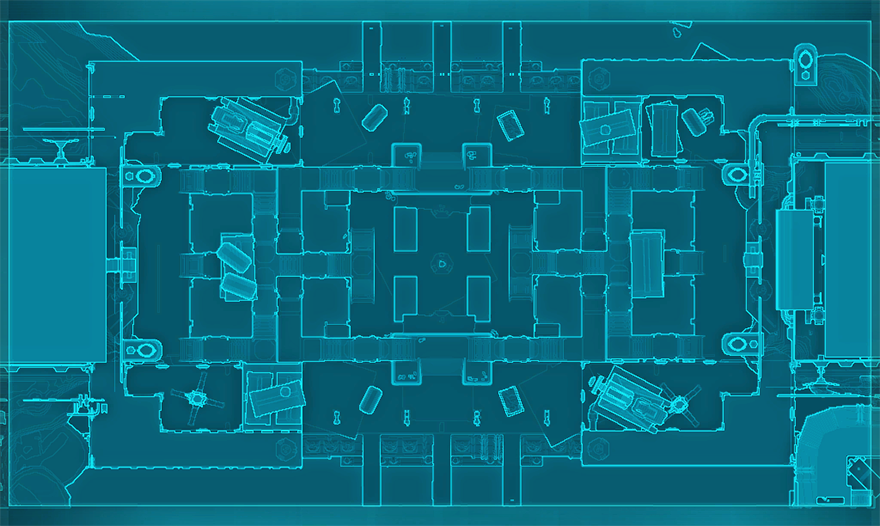 More of the same isn’t bad

On the live server, it did take about an hour and a half for me to actually get into the Vandin map. There was very little downtime between matches, so the queue popping wasn’t a factor. In fact, I played in the early morning this morning, and I was surprised that the queues actually didn’t take long to pop; that makes me feel good about the level of server population on Star Forge.

In the end, I believe Vandinball is a good addition to the PvP queue. I am interested in seeing some of the strategies that are birthed around the map. I don’t think there are any significant issues with any of the mechanics or design of the map, and with the similar-but-different approach to the Huttball layout, I think people who like Huttball will really like this map. That said, if you didn’t like Huttball before, this isn’t going to change your mind.

What are your thoughts? Have you had a chance to play it? Hit me up in the comments below.