I’m torn on this new armor achievement system in Star Wars: The Old Republic. On the one hand, everyone can get the armor eventually. On the other hand, there appear to be multiple artificial time-sinks barring the achievement. If we take the prices that we see on the PTS as the prices that are coming to live, then it’s not as bad as it first appears.

END_OF_DOCUMENT_TOKEN_TO_BE_REPLACED
So what is the new armor and what does it take to obtain it? The answer to the first question is pretty simple: It’s 258-rated armor, which essentially just the next step in the armor progression. Of course, there are static set bonuses as there have been in every piece of armor up to this point from the dawn of the game, if I’m not mistaken. And the stats jump up with 278 in the main stat (Mastery) and 240 in endurance. Obtaining it is the more difficult part, and it’s also where I’m a little torn. 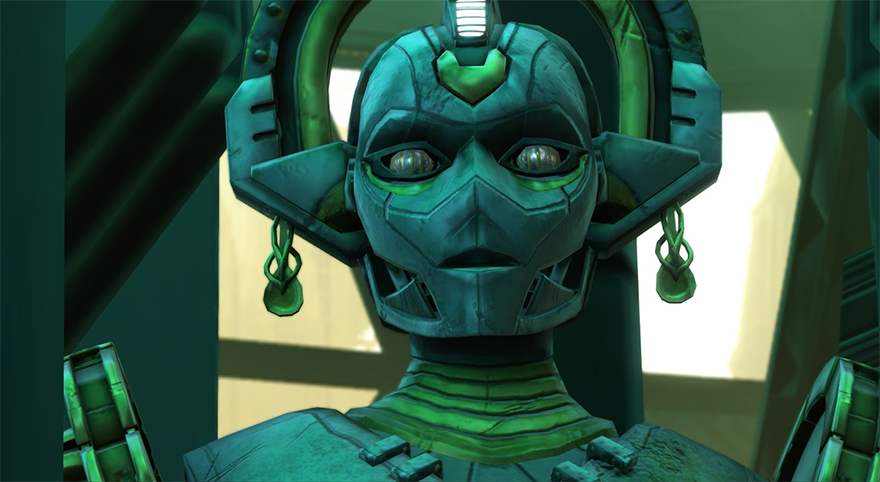 I’ve always been an advocate of getting crafters involved in creating high-end armor. Some of my favorite memories are from the Death Watch Bunker in Star Wars Galaxies. Having to lead a weak crafting character down one of the most difficult dungeons in the game added an interesting element to a dungeon that would in otherwise just be a DPS race.

Full disclosure: I have been uninterested in Operations since 2015 about a year after Shadow of Revan released and BioWare stopped making compelling group content. I don’t think I am the only one. It took the studio well over a year to produce the Gods of the Machine raid, and even I don’t have the patience for that. But Gods of the Machine is out, and despite saying that it wouldn’t happen, BioWare has released a nightmare version of the operation, which is said to be dynamic and more punishing than other master-mode operations. It also drops the components that crafters will need to put together the Masterwork armor.

The bosses in Gods of the Machine master-mode drop one of five different Forgotten Items. I don’t actually know if they are called Forgotten Items, but all of their names begin with “Forgotten.” And each Forgotten Item, along with a specific number of other rare components, is used to create the Masterwork armor. Forgotten Binding create the boots, belts, or gloves. Forgotten Mementos create bracers and relics. Forgotten Strands are used to create chest pieces, helmets, and leggings. Forgotten Transformers make main and offhand weapons. And Forgotten Curios make implants and earpieces. Ancient Tomes and Ossan Assembly Components also come from Ossus. Ancient Tomes are purchased with Ossus currency, and we assume that Ossan Assembly Components obtained by deconstructing the new armor drops. 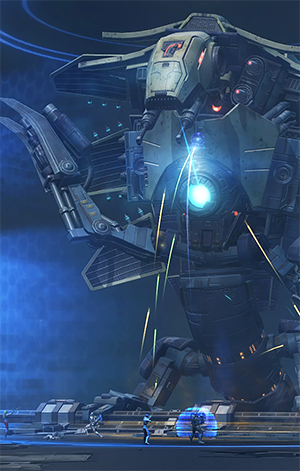 If this were the only way to gain this armor, I would be extremely upset not because I believe that it shouldn’t be difficult to obtain the armor but because this armor is also instrumental in the PvP meta-game. And I firmly believe that you should be able to get most of the best armor from actually doing that activity. If you PvP, most of the gear should come from PvP. If you raid, most of the raid gear should come from raiding.

I’m not a purist. I’m good with some parts coming from other activities. In Update 5.10, some form of PvE has to be done in order to gain the best components, but the bulk can be achieved with PvP if that is your thing.

The new sets of armor can be purchased using Masterwork Data Crystals. Each piece of armor costs four crystals. There are four ways to get a crystal. Completing the weekly Ossus missions, complete the weekly event mission, get a rare drop from a Command Crate at Rank 300, or exchange 500 Unassembled Components. The weekly Ossus mission is essentially the heroic daily missions. The Weekly Event Mission is the four master mode flashpoints. And the catch with the components is that it’s 500 for the first one every week, but 1000 for the second and beyond. And there might be a cap.

As you can see, there are already artificial caps on the number of components, but there is another artificial cap that might not be evident at first: In order to buy the pieces of armor you have to have Hero reputation with Ossus. Although Hero isn’t the highest level, it does mean that if you are going to have to do a bit of daily grinding if you have to have the top-tier armor, even PvPers will have to do some PvE.

Since aesthetics of the armor no longer matter because they can be hidden behind other armor, there are only two things that are important: What are the stats and how do you earn it?

Obviously, the stats aren’t bad. I have always thought that BioWare could do better at arranging the set bonuses, but as far as the base stats are concerned, they are perfectly adequate. If I were building the stats, I would probably do them differently, but they aren’t so bad, especially since I can adjust them with augments.

My only issues are the artificial-feeling caps like the amount of reputation that you can earn in a week or the number of components. It just seems like it’s encouraging people to stop playing. I believe diminishing returns feels so much better than a hard limit.

Let me know your thoughts. How would you make the new armor available? Do you like the fact that it can be crafted and bought directly? Is there a better way for PvPers to earn the new armor. Let me know what you’re thinking in the comments below.