END_OF_DOCUMENT_TOKEN_TO_BE_REPLACED
There’s a good and a bad side of everything. After my initial discussion of the NGE-esqe Aion’s Awakened Legacy expansion, you might think that I predict massive failure for the game and wouldn’t touch it with a 10-foot polearm. But that last Wings Over Atreia was only half of my thoughts — there were just too many to fit in one spot! I am all for the game succeeding, even if it is without me. The changes weren’t done with the intention of driving folks away: NCsoft obviously wants players to return and wants new ones. And it is a gorgeous world that deserves to continue. As stripped as the game initially felt, there are changes that I recognize as poised to be quite beneficial. Hey, even some of the ones I don’t like could be better for the health of the game.

Will this be a resurgence for Aion? Will it bring in more players who no longer have to worry about feeling so far behind that there was no reason to start? Can it bring back vets who have nostalgia but don’t want to bother juggling their now unfamiliar characters? Maybe so! I’m willing to dive in and experience it all anew to test that theory out.

Maybe Aion needed this change to be real and relevant for the face of its current population. (Let’s face it, Aion hasn’t been “my” game for a very, very long time; it stopped being my game back when I was sitting on top of the level pile at 55.) While you can see much negative in the changes, you could also see positive in them. Maybe the only way to survive is to be that streamlined game that bypasses the journey and becomes only about the destination. 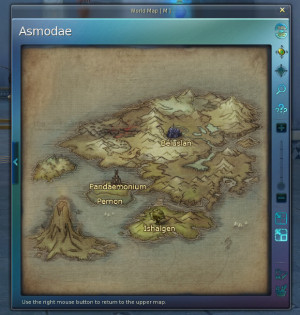 That very experience may be just want some new players are wanting as well. Granted, that will never ever be me as I am all about the journey, but where I am may not be where the market is or where the current population is. NCsoft obviously wants to keep current players happy, and I am not that. Although I can’t speak as a current dedicated player, I can speak as a returning veteran of the game — a population that I am sure NCsoft would also like back.

I’ve heard current players express appreciate the armor restrictions for better balance. I’ve heard the same for reducing the spell bloat. While feeling unsettling and annoying to me, these could very well be positive game-changers.

On the surface, it does look like streamlining makes the game easier to understand, for new players and long-lost vets alike (if you are starting over, at least). Of the times I have come back in before, I would get overwhelmed at some of the big changes to systems and had trouble getting back into the swing of things. I just wanted to go around experiencing the game but had to try and manage my character. I’d just give up and move on to something else. The trick here may be well be starting over, and the Awakened Legacy made that easier.

As much as the consolidation of all the previous servers into just two was horrible (and why all my Elyos and Asmodians are still stuck on the same server that I can’t make any new ones on), adding a brand-new server was definitely a good idea. Players can start up fresh on Ereshkigal, learning this new game — and it is a new game — as they go. I have no idea how appealing this is to many current players (They’d have to leave all their reputation and stuff behind), but it is definitely enticing to new players and vets who wouldn’t have to worry about being so far behind the curve.

Can I do it? Let’s be honest about who I am: I am someone who has trouble making a new character on a new server away from all the security of my bank full of goodies. I keep thinking it will be freeing to experience things anew, but I ultimately want to just go back and be around my familiar things I already worked so freaking hard for. It feels wasteful leaving that all behind! There are the bonuses for making same-server alts; there is gear I’ve held on to and can be used, veteran rewards, experience boosts, cosmetics, and — keeping it real — ALL MY PETS! There are friends to hang out with (although, not really now since everyone I knew left). There are plenty of reasons moving to a new server doesn’t work for me and has actually failed each time I have tried it in the past. It even failed when I went to a new server just to make an Asmodian to experience that side of Atreian life! Perhaps, however, this whole upheaval will make that moot. Maybe this time I will enjoy making a new character.

This new game does not look like it is meant for me on the surface. The first installment of our resurrected WOA explored why the change does not make the game appear to be for the likes of me, and in fact turns me off to it as a returned vet. But how could I know without giving it a go? Subsequent columns might very well show how much it is a game for others. So I will start over. Can I have a good experience returning by rolling on the brand-new server with all other new people? (That’s my only choice since I can’t make any new ones on mine, forced out of that choice by previous merge that dumped my characters of both factions on one server.) Now is the best chance for new friends to come along for the journey, as we will all be experiencing Awakened Legacy for the first time. Can I still enjoy a streamlined journey, or will all the ghosts of the past make it too unbearable? This will be quite the journey. Let’s take it together.  Look at the gorgeous zones and story and… oh wait… 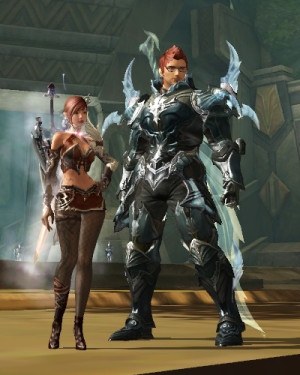 It could be different this time. Maybe I will like starting over poor, with nothing, the same as everyone else. Maybe it won’t. Perhaps my specific personality will not be able to enjoy starting over, having lost so much — from personal possessions and levels to whole zones, stories, and abilities. But I am sure going to give it a good old-fashioned try! And I invite you all to come with me! I’ll be making up a MOP legion for anyone who wants to test things out with me. I can’t promise to play often, but I’ll be there weekly, and even streaming adventures frequently. That leaves up with one big question…

What do you think I should do first? Should I make an Elyos of a class I am familiar with to really be able to compare and contrast the changes as I go? Or should I first make an Asmodian and try to experience the game anew with a class I’ve barely  spent time on  before? I’ll be making two new accounts because actually plan on doing both, but which first? Who do I make on Ereshkigal to go in right now and start character creation? I need your thoughts to help me decide!

Where do we start first in Aion Awakened Lagacy?

The only problem I had with Aion was the grouping. It was next to impossible to find a group even in a medium sized guild. Unless you were in a special “Clique”.

But… You had to group to get gear and you needed gear to pvp.

When I played it at launch, I really looked forward to making it to end game for the fortress sieges. But, I also really enjoyed crafting my gear as I leveled up, finding and leveling the signets (?), and grinding kinah to buy new emotes. I was way easier to impress back then I guess. Looking forward to see how it’s changed.

I’m with MJ in respect to the Journey before Destination. I never played Aion though, although I always had tremendous respect for the game as I knew people that spoke highly of it, and its passionate community. I think it’s cool that you are rerolling. I’ll jump in and catch a stream for sure.

Funcom gave a player group its blessing to build a Secret...