Man, just a couple of years ago, there was serious concern that Funcom wouldn’t make it another quarter, and now here we are in Q3 2018, when Funcom has performed even better than 2017 already thanks to the “strong post launch performance of Conan Exiles and [the] successful Japan launch.” Indeed, Funcom’s investor presentation proudly proclaims it is “debt free from 4 October 2018” with the “last part of [its] convertible bond converted” on that date.

MMORPG fans will be glad to see mention of not just Conan Exiles and Secret World Legends but also Age of Conan and Anarchy Online, which were given a small trickle of love this year after originally being placed into de facto maintenance mode.

But of course, while Funcom is touting its “back catalogue” for its “baseline cash contribution” and “community,” its ambitions are more broad. In addition to the pair of new Conan games and the single-player Mutant Year Zero title we knew Funcom was already working on, the presentation today mentions three additional games: One with a “Funcom IP” for next Halloween, one in “full production” with the Heroic Signatures IP (we’ve previously noted it’s expected to be a multiplatform cooperative online shooter), and the third? Well, that one might be something to get excited about: It’s listed as a multiplatform open-world multi-player title still in the pre-production phase out of the Oslo studio. 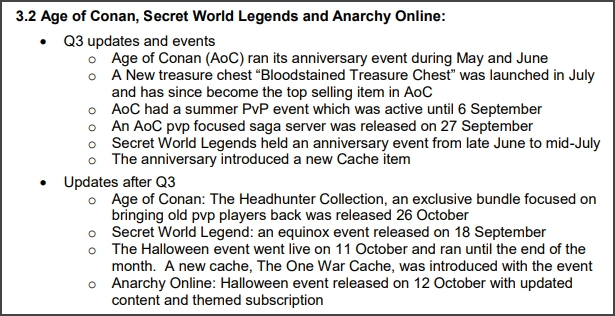 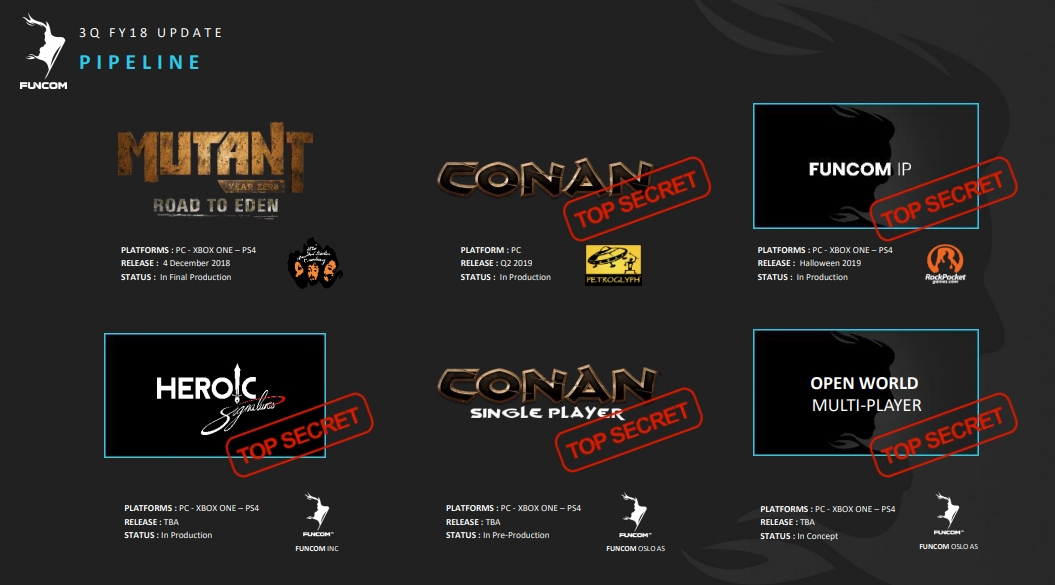 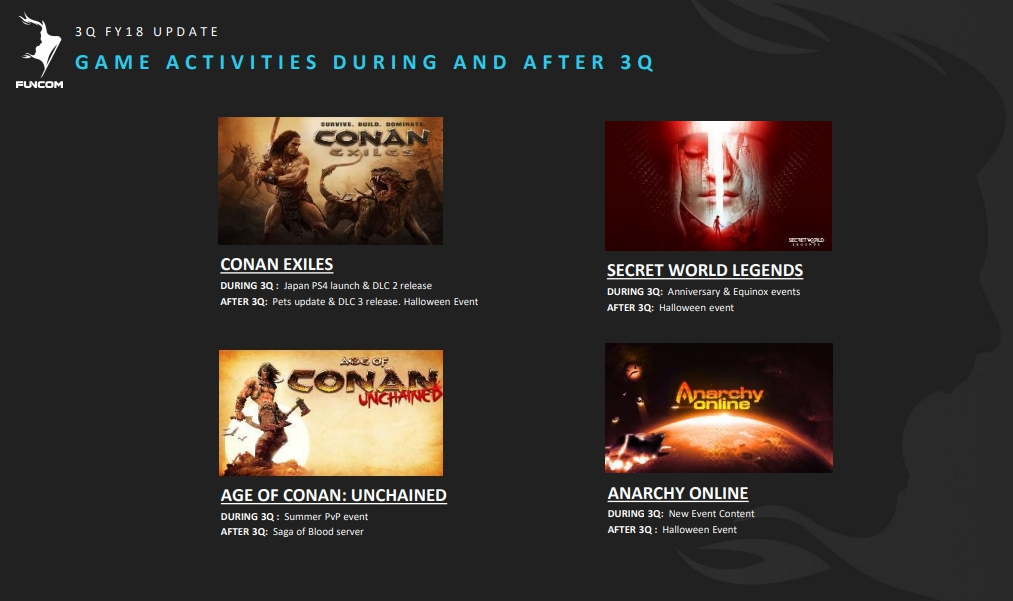 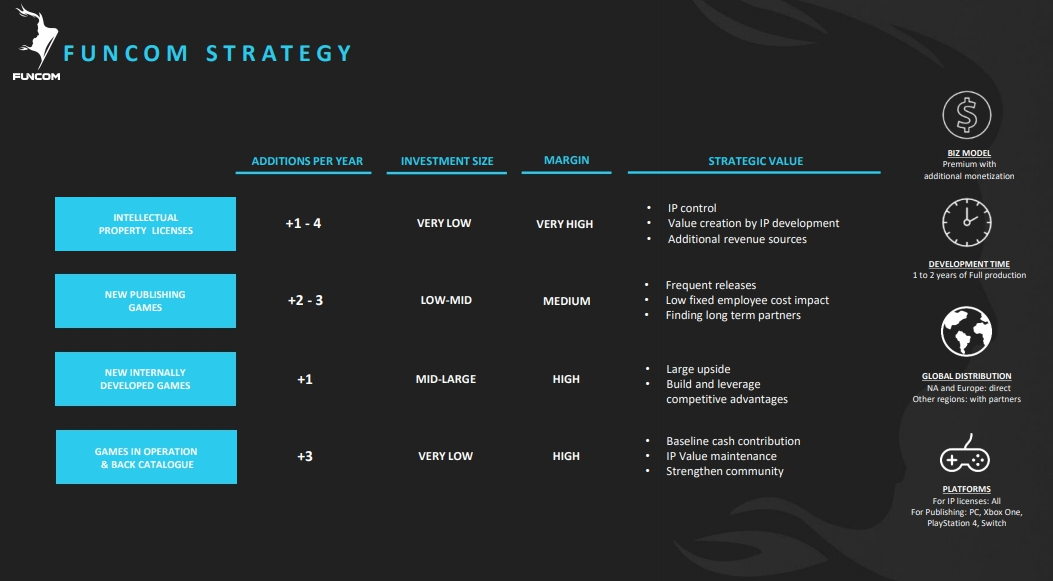 I hope they don’t spread themselves too thin and then go bankrupt as a result.

Ain’t that a sight for a sore eyes. I hope they will make more surprising titles.

Great to see Funcom doing well at last. Would hate to see them bought out.

Doing ‘better’, not well. They are a long, long way from ‘doing well’ yet.

I thought MYZ was just a game they were publishing. I’ve got some friends who were looking forward to that who will be very disappointed.

I see absolutely nothing important. Only bundles and chests for AoC while it rots in limbo. Saga was a fucking joke, with P2W and riddled with issues.

AO is clearly in maintenance mode, and SWL will be their cashcow to make other games.

Cool. I hope each quarter includes something for SWL, ranging from events to new zones, instances, and major features.

And here it had been so long since Funcom had wow’d us with yet another idea they quickly leave half finished before moving on to somethingSQUIRREL!

On top of Age of Conan and Conan Exiles?

How do we know nothing about it and its releasing in like 6 months?

I’m guessing that by release they mean early access for a year. And they’ll probably start infodumping after MYZ launches in Dec.

My oh my. Funcom has come a long way, haven’t they? It wasn’t that long ago that they were literally down to their last month of operations. Remember how they were hat in hand, asking for money just to finish the year?

No matter what you think of the company or their games or the changes they have made to their games, Funcom is a good story

Good comeback, right? They were always interesting. Not the best, not the most successful – but interesting.

they said when they realease new something connection to AO it needed to be something they sure about so nothing in the future.

* we see the return of games like left for dead and the halloween date is kind of a tip.
they said its not conan,not anarchy and i dont see how dreamfall going to be coop shooter.

about the open world multiplayer its kind of big 3 word that can be anything so i really don’t know about it.

and they didn’t say nothing about SWL or AOC beside events so look like SWL going to the same bad as AOC… we need to see what Dark Agartha is all about, if its just an event so i really don’t care.

Edit: Apparently this is Heroic Signatures and it could be any number of IP’s – https://gamingshogun.com/2017/12/18/funcom-and-cabinet-group-create-heroic-signatures-for-conan-ownership-and-more/