Here’s a feel-good story to cap off your Veteran’s Day whether you’re stuck working or not: Warframe players on Reddit last week begged Digital Extremes not to crunch for the Fortuna launch. Reddit user spacesheepie whipped up an infographic as a “gentle reminder” that “crunch is bad for wellbeing.” The so-called “Tenno Against Crunch” thread racked up over 5000 upvotes (only 5% downed it) from players who would rather wait for the game than see their favorite developers suffer. “I like the game but not at the cost of people’s lives,” wrote one.

END_OF_DOCUMENT_TOKEN_TO_BE_REPLACED
As readers surely know, the overwork issues plaguing the industry have been a serious problem for decades and have indeed led the the deaths of developers, to say nothing of industry burnout and mental health issues. Dozens of reports from employees who say they were pushed into excessive crunch working on Red Dead Redemption 2 lifted the subject back to the top of the game industry meta in recent months. Given some of the community reaction to that coverage, with a lot of gamers saying they simply don’t care at all about whether the employees are overworked as long as they get their games, you might find the Warframe community’s compassionate, supportive position refreshing.

Fortuna did release in Warframe as planned last week; indeed, we streamed a bit on Friday night! 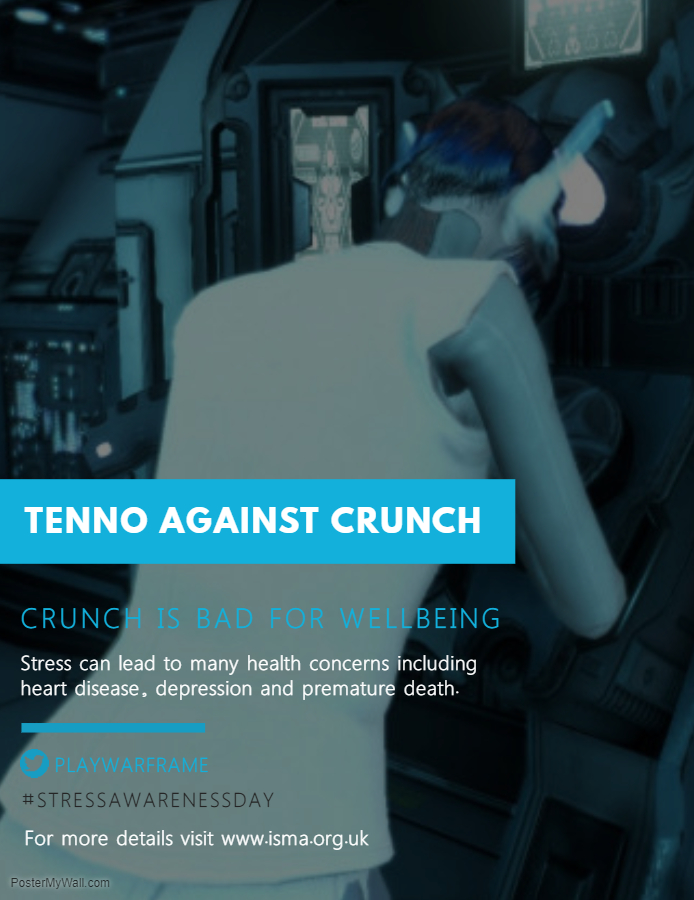 I was very pleased to see that Fortuna launched during standard work hours. The other big updates I was around for (Sacrifice, Revenant, Chimera) all went out around 7-8pm EDT. Which isn’t too awful, since I think they’re an hour back from that, but it still meant people were staying late for the go-no go meetings.

(This whole discussion also reminds me how much I do not miss my prior gig where we shipped all of our patches at midnight on weekends.)

Even the community rocks!

I think there was a similarish thread on Fallout 76’s subreddit for Bethesda.

This might be the most insane thing you’ve done. Even better than the Nostalrius and Daybreak ones.

When I saw this story mentioned on another site (RPS), someone in the comments linked to a court judgement against them back in 2011 after a QA tester claimed he was fired for refusing to continue working unpaid overtime, hopefully things at the company have improved since then!

I do get the impression that these days they’re much better at releasing things “when they’re ready” rather than overworking staff to get things done by an arbitrary deadline – the community gives them plenty of affectionate ribbing when things get “[DE]layed”, but the devs are so open about what they’re working on and how it’s going that most of us players are very forgiving when something needs a bit longer in the metaphorical oven.

Safe to say things have improved!

I Keep reading it as “Tenno against the Church” for some reason… did they just release a new frame in the shape of Henry VIII?

I sincerely wish I liked the game more! Like, really really really wish I did! Not my general… thing, but damn is this community pretty darn good in the larger scheme of things.

DE is lucky to have the community that they have.

As for this industry, they’ve been running roughshod with barely any concern for labor laws and regulations. This abuse of workers needs to stop, no other entertainment industry gets away with the things the games industry does.

I’ve been dipping my toes back in and while there’s all kinds of silly shitposting and in-jokes, I’ve generally been pleasantly surprised with how nice the community has been as a whole. Maybe I’m just lucky so far, but I like them and when they push things like this.

Massively Uplifting: Good deeds don’t take the summer off for Bungie, Niantic, and Trolls in WoW

The Stream Team: Speed gardening in Path of Exile

Lord of the Rings Online community reschedules Weatherstock for September