Since my column falls on Thursday, I always have the honor of sharing in the spirit of Thanksgiving by discussing what I am grateful for. Every other year this column has been dedicated to EverQuest II, The Secret World/Secret World Legends, or both. This year, however, is different. That doesn’t mean I am not thankful for those two familiar titles, but there’s nothing really more to say gratitude-wise that I haven’t already expressed. No, this year I am particularly grateful for survival! I’m not talking about the general kind (like that felt by any turkeys who made it through today), rather this is dedicated to the sandbox games that let me dive head-first into their worlds. This appreciation is for the genre in general and a few titles like Conan Exiles and Outpost Zero in particular.

Why would an MMORPG girl be most grateful for these very non MMO games? I am glad you asked! Mostly, the survival sandbox genre has been meeting my gaming needs that seems to be missing from the other genres, effectively providing more MMORPG-ness than the MMORPGs.

Meaningful impact on your world: As much as MMORPG players have wanted this feature, it just hasn’t really been done much in that genre. You might argue whether it really can. Those worlds usually remain static until devs spearhead some changes. But in the survival sandboxes, you really do shape your world. What you build, where you build, what you decide to craft, who you befriend and ally with, and who you make enemies of  — all these things actually matter. And it impacts not only your experience but everyone else’s as well; the whole world changes, not just your instance of it. You don’t live in a bubble. No, what happens, happens, and you do have to deal with the aftermath of your choices.

That’s a main part I love so much: that choices have repercussions. My choice matters. Maybe it is a small choice or maybe it is a huge one, either way it can doesn’t occur in an isolated chamber, And who knows how far reaching that decision ends up being, as each choice can ripple out. You won’t know how much an affect until sometimes way down the line. And that brings me to… 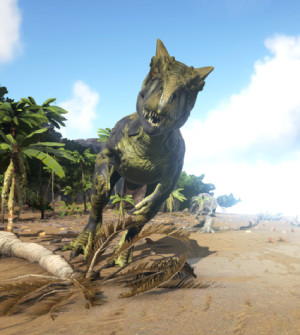 The greatest part of my gaming experience was participating in and sitting back and watching a massive story unfold, woven together from many lives, and not knowing the outcome. I cannot even begin to express how much I love and crave stories that are not predictable; all too often books and movies are fairly predictable in so many aspects. And I can’t even rewatch many movies or reread many books — even favorite ones — because I can’t stand that feeling of knowing every step coming.

But when it is being played out live, with so many different variables (players) tossing out their ripples, I could be surprised much more often. It was amazing to behold and to take part in when I first began roleplaying in Star Wars Galaxies. Sadly, I have never been able to recapture that because everywhere I kept trying had predictable worlds with predictable rails.

Then along came the survival games. Sure, they aren’t on the scale of having a massive RP world, but that thrill of the unexpected is stronger in this genre than elsewhere. One decision could be the start of a chain of events that you have no idea how it will turn out.  It’s that chain I want to live out.

Oh, and I’d be remiss if I didn’t express my appreciation for those heart-stopping moments  and memories when something totally unexpected crosses your path (usually moments before devouring you like pies at a Thanksgiving dinner!). Only the survival games seem to offer this powerful of a jolt time and time again.

A big factor in my appreciation for survival sandboxes is that they give me the chance to express some creativity. Perhaps building pieces are prefabricated, but many of the games have enough of a variety that you can really do something unique. And then there are mods that can really get things crazy! Being able to build and decorate my own space is a big win for me. I never realized how much i was into architecture and design until I got my hands on The Sims for the first time and went nuts. The survival genre adds layers of depth to the process of designing, making survival a key element of it! I am not putting something together and then sitting back and watching other AI play out their lives. Nope, I am in the thick of it, and how good of a job I do matters. Can what I build keep me safe, meet my needs, and be aesthetically interesting? Exciting challenges!

As much as I loved the large, open world of my first games and the amazing people I met in them, there were not a few unamazing people there as well – people who made life miserable (and not in a roleplay story way!). I am pretty sure you have all run into a few. You know those times you’ve been camped, or jerks came and spoiled your fun in some way? Perhaps those stalkers who seek you out to harass you. Been there, experienced that. This is why I am so appreciative of private servers! Thank you, thank you survival games for having a way to mitigate the presence of jerks. True, it may preclude folks from meeting new people as randomly as MMOs did, but that can be a worthwhile price to pay when private servers allow folks the peace of mind that comes with avoiding the problem people.

Private servers have another added bonus: You can’t discount the ability to fix things when bugs cause issues. That just can’t be emphasized enough; in a genre where many well-known titles are known first and foremost for their bugs and problems, being able to rollback or replace when they impact everyone’s gameplay negatively is quite a blessing.

I can say without a doubt that without private servers, I would not have stayed in and enjoyed the survival games I have played.

While the sheer volume of choices in this genre makes me have to face down my decisional paralysis, I am grateful for the many different flavors and themes available in survival games. Not everyone likes the same thing, and not everyone will enjoy playing the same game. Why try to continue forcing everyone into the same mold? There are many survival games of various flavors. Feel like blasting zombies? You can. What about settling and alien planet? Got those too. What if you just want an all space game, or a western, or claymation? There are survival titles waiting for you. You don’t have to be stuck in something because that is all there is. If that happens to be where all your friends are, then you might be stuck — but you aren’t out of luck! You can play another more suited to you on the side if you’d like. There are options.

Some players won’t want to delve into multiple survival games at the same time because of the need to invest chunks of time to to be successful and survive in the primary game. That’s OK too. A variety of titles means that once you finish up there or feel like you want a chance, there are many options to move on to. So if one game really really ticks you off with a stupid design decision, a refusal to roll back after a bug-tastrophe, or an influx of jerks you won’t deal with, you have a choice of somewhere else to go. 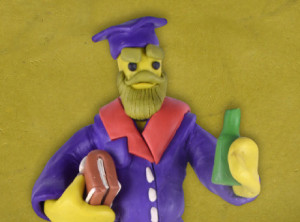 OK, so there is no Academy Awards for these survival games, but there are a number of titles I am grateful for for various reasons. I don’t have the room or time to list them all, but a huge shout out to those games who bring something new, unique, and fun to the genre: Disdoored’s claymation, ECO’s saving the world, Will to Live Online’s meanest scariest rats ever, Wild West Online’s gambling tables, ARK: Survival Evolved’s dinosaurs, and Outpost Zero’s robotic army to name a few. And I can’t forget the faction-based Rend that makes me want to join conflict! But I want to give a special thanks to one in particular.

Conan Exiles has easily moved up to my favorite survival sandbox, and it did so for many reasons. Foremost in that is the fact that I have appreciated the way the game is being made. Devs made a plan and while they couldn’t meet every goal when they wanted, they stuck to the plan. For one, the game launched! You can’t say that for a whole lot of survival sandboxes. And when I had been burned repeatedly on lack of promised launches in the genre, Funcom came through and launched when it said it would. And those features that didn’t make it in for launch? They’ve still been coming, free as promised.

I also appreciate how much content Conan Exiles keeps adding. There have been two major (free!) expansions zone-wise that enlarged the map exponentially for exploration and adventure. It keeps adding new content for creativity with the paid DLC packs. And how can I not give special thanks for the pet taming/raising system.

Is the game perfect? No, not by any means (and some PS4 players would argue it’s barely playable!). But when you say you are going to do something and you follow through, that is worth its weight in gold to me. I respect that. And it is missing all too often in the genre. SO thank you Funcom and Conan Exiles, for giving me a game to play and a bar for other survival games to reach.